Brie Larson (Room) does a nice job as star of this painful, inspiring true story of Jeannette Walls’ rise from a childhood of lurid poverty and bizarre parenting to Park Avenue and writerly fame, based on Walls' superb mega-bestselling memoir. But the real news is Woody Harrelson, 56, who plays her charismatically dazzling, dead-drunk deadbeat dad. He’s a cross between abusive stepdad Robert De Niro in This Boy’s Life (only better and more complex) and Viggo Mortensen’s off-the-grid alterna-dad in Captain Fantastic (only scarier). The movie comes alive in scenes with Harrelson and Larson — and it’s still livelier during his emotional duels with the young Jeannette, played by Ella Anderson.

Naomi Watts, 48, scores in a smaller but intensely precise performance as Walls’ neglectful, half-mad artist mom, Rose Mary, but her character is a puzzling, remote figure (as the real Rose Mary seems to be in interviews).

As millions of readers of Walls’ book know, her real life was stranger than a movie. At age 3, she ignited her dress cooking hot dogs while her oblivious mother painted in the other room. The result was a huge scar that makes a dandy symbol for the scars her upbringing left on her heart. Walls and her starving siblings ate butter cubes, sometimes the only food in the house. Her seldom-employed dad, Rex, an imaginative engineer with a quenchless gift of gab, constantly sketched the solar-powered, glass home he planned to build for his family. In the meantime, they ended up living in dozens of hovels as they moved around the country — thanks to a dad who'd often roust the kids to flee real creditors or imaginary FBI agents in the night. Sometimes he’d break his daughter’s piggy bank and disappear on a bender.

When he makes them sleep in a field, he exults in the clean air and starlight, commanding them to pity the poor city folk trapped in their warm, dry apartments and inauthentic lives under the thumbs of capitalists. Instead of Christmas presents, he personally awarded each kid a star in the sky. His verbal castles in the air are so beautiful, it’s clear that Jeannette Walls still lives in them, long after his death. 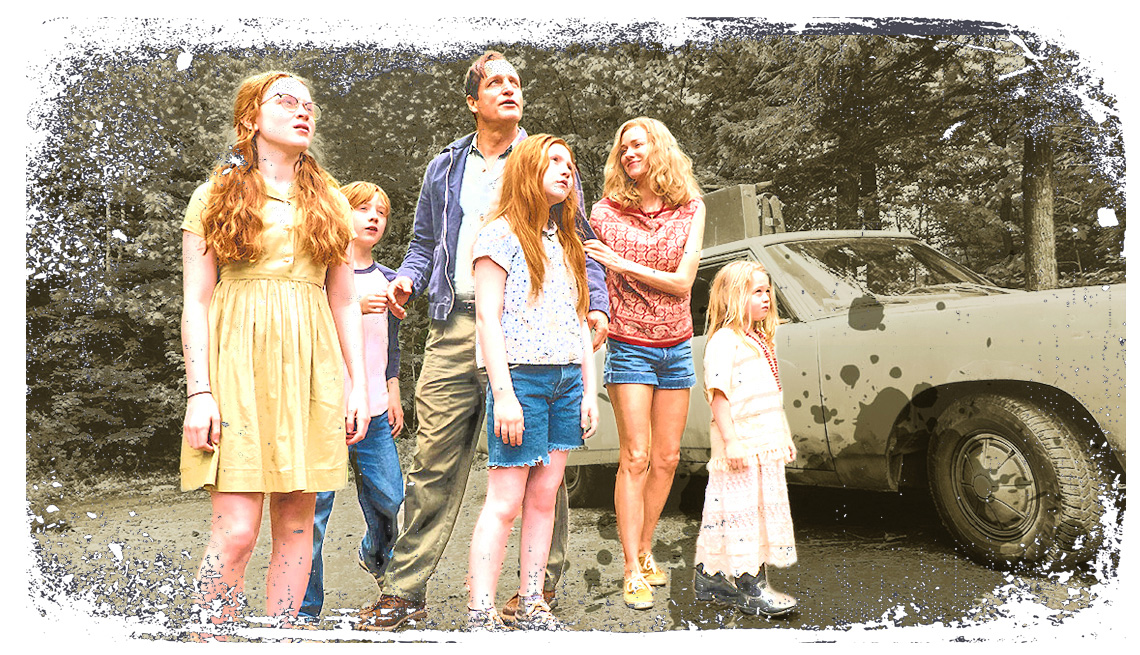 Woody Harrelson and Naomi Watts play the dysfunctional parents of Jeannette Walls in “The Glass Castle.”

The clan sometimes has a Little Miss Sunshine vibe, though The Glass Castle has more tears than yuks, and its screenwriters are far less gifted than LMS auteur Michael Arndt. There’s another problem. Some of Walls’ actual experiences included here seem fake for being so extreme and obvious — what screenwriters call “too on the nose” — such as Rex tossing his daughter in a pool to sink or learn to swim; Manhattan fashion plate Jeannette hailing a cab and spotting her mom rummaging through a trash bin; a tearful deathbed rapprochement. Such scenes aren't helped by the gloppy, heartstring-plucking music that accompanies them.

It’s the kind of film that could have propelled Harrelson to a third Oscar nomination, but that would have required a different, darker take on the tale (and a release date not in August). Walls’ life got a bit Blind-Sided (it has a producer in common with the Sandra Bullock hit), sentimentalized despite its fervent authenticity. The parents’ stunning selfishness and nomadic madness should have been more heart-chilling; the ending should have felt more like It’s a Wonderful Life: happy, yet haunted by the aftershock of the film noir horrors that went before.

Even so, The Glass Castle offers some well-earned weeping and respects the mystery of parents who screwed up astoundingly, and somehow also inspired their kid to work like crazy to escape them — and fulfill their thwarted creative ambitions a thousandfold. 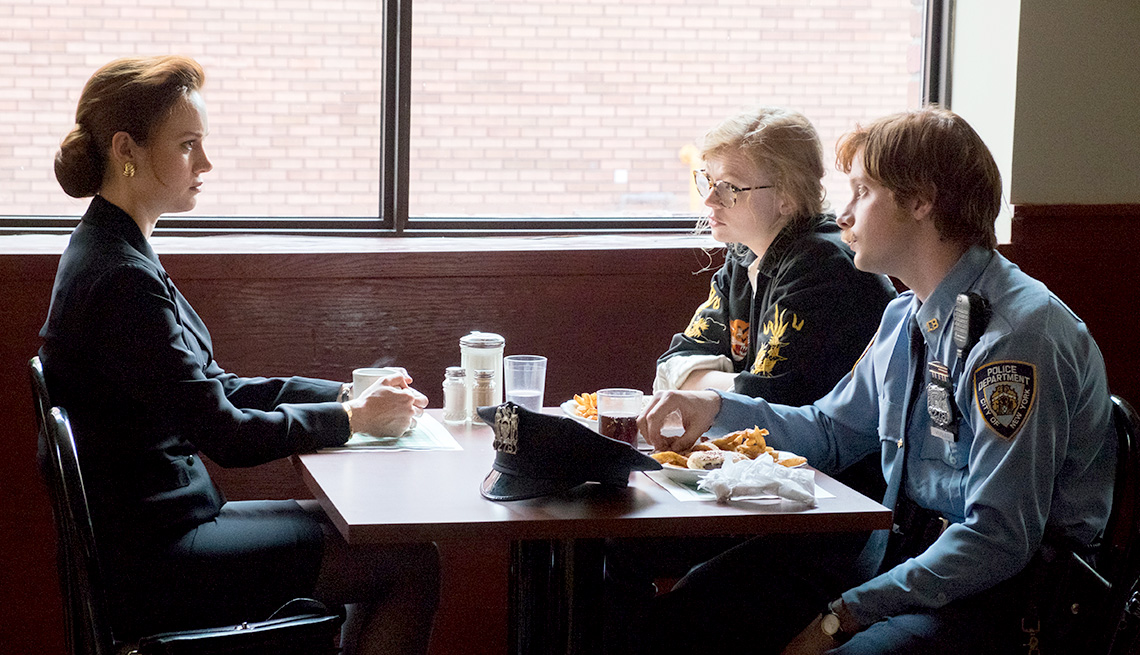 Jeannette Walls, played by Brie Larson in “The Glass Castle,” meets with her siblings Lori and Brian, played by Sarah Snook and Josh Caras.