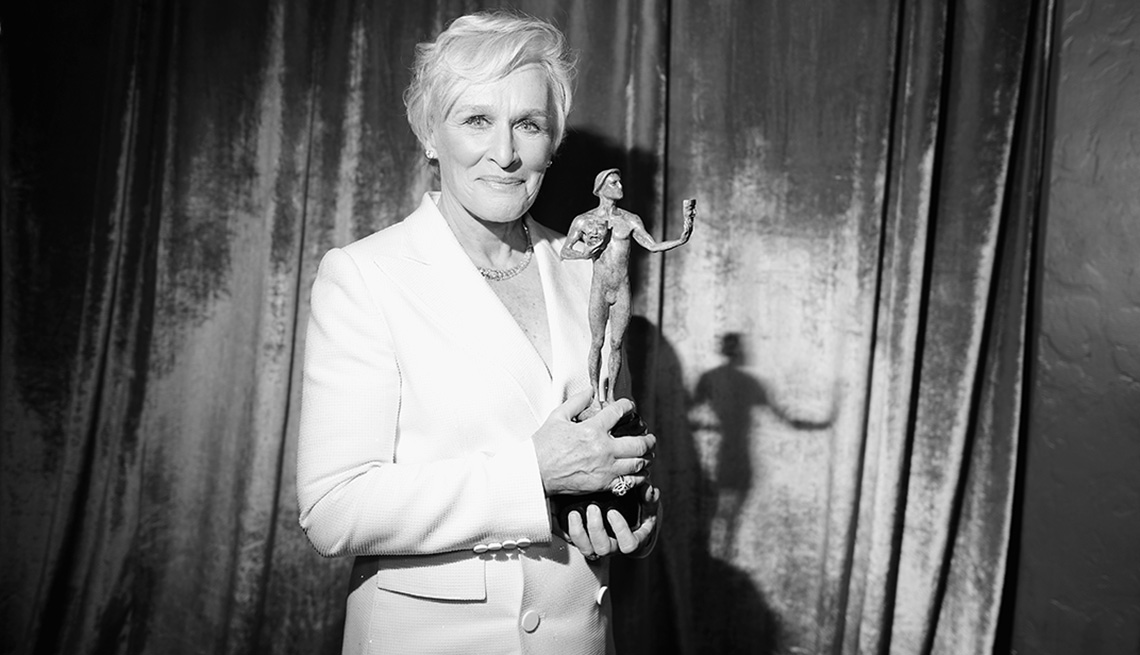 Mullally joked about starring in 1942’s Casablanca, falsely claimed she would soon play the grandma of her Will & Grace lover Alec Baldwin, 60, and teased Emma Stone for losing her career by turning 30. Stone’s $1.5 billion career is in zero danger, and Mullally’s jokes about Hollywood ageism — plus her success at 60 — may have changed some ageist minds.

Besides SAG Lifetime Achievement Winner Alan Alda, 83, the most significant success of the night was best actress winner Glenn Close, 71, who has more Oscar nominations (seven) without a win than any performer alive. She was already the Oscar frontrunner, having won the Critics’ Choice Award for The Wife. But beating Lady Gaga (A Star Is Born) for the SAG award boosts her prospects. Eighteen of the 24 prior SAG best actress winners went on to get an Oscar.

Close is also nominated for best actress in AARP's Movies for Grownups Awards Feb. 4 (to be telecast Feb. 15 on PBS).

Among TV winners, the most significant was Patricia Arquette, 50, for her role in Escape at Dannemora. Most of her major awards have arrived in middle age, partly because she plays her age, never more daringly than as the frumpy but still wildly sexual character Tilly Mitchell in Dannemora.