There’s no moment quite like the opening crawl of a Star Wars movie, when John Williams’ famous score blasts into the theater. Sometimes bliss turns to disappointment, as in 1999's The Phantom Menace. Fortunately, in this eighth episode of the series, that John Williams feeling never goes away — director Rian Johnson gives us the most fun and enjoyable film in the series since the original trilogy. 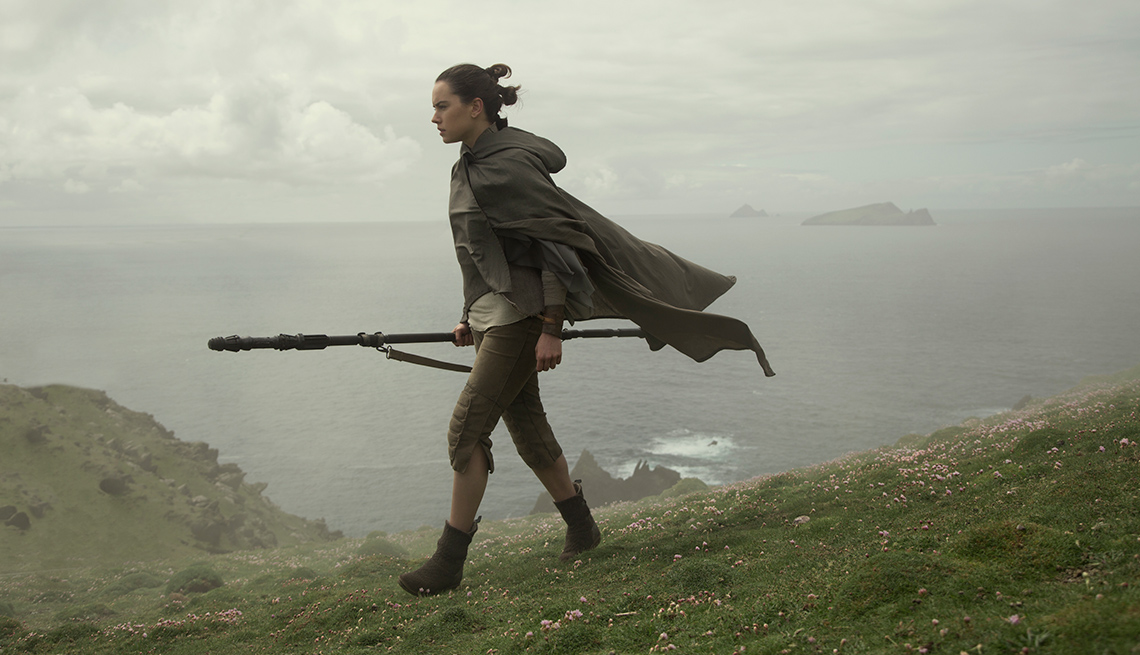 The Last Jedi opens on the final shot of the previous film, 2015’s The Force Awakens. Rey (Daisy Ridley) has found the island hideaway of Luke Skywalker (Mark Hamill, 66), whom she needs to train her as a Jedi because the rebellion is in trouble. Meanwhile, the First Order bad guys hotly pursue the last remaining rebel forces, who are draining fuel as they try to hold off the onslaught. Rebel trio Finn (John Boyega), popular newcomer Rose (Kelly Marie Tran) and Poe (Oscar Isaac) hatch a plan to break into a First Order ship and disable their tracking device, enabling the rebel ships to escape. Poe is not as deferential as he might be to his boss, purple-haired Vice Admiral Holdo (Laura Dern, 50). Can General Leia Organa (Carrie Fisher), who spends part of the film frozen and comatose, defrost and help the rambunctious youngsters? They'll need everyone and everything they've got to beat their common enemy: First Order Supreme Leader Snoke (Andy Serkis, 53, whose disreputable CGI-created look is inspired by Hugh Hefner) and his apprentice, Kylo Ren (Adam Driver). With a run time of 152 minutes and myriad characters old and new, the film had the potential to be confusing. But Johnson keeps the plot grounded in just a few locations at a time and makes the events easy to follow, allowing for a deeper exploration of his characters’ feelings and motivations. Every decision a character makes is earned, too — we’re not left bewildered, as we were in the prequel trilogy. That’s especially true of Luke, whose almost total absence from The Force Awakens gave an air of mystery to the events of that film. Here, Hamill turns in his best performance, giving the character a depth and complexity that wasn’t as evident in the original trilogy. 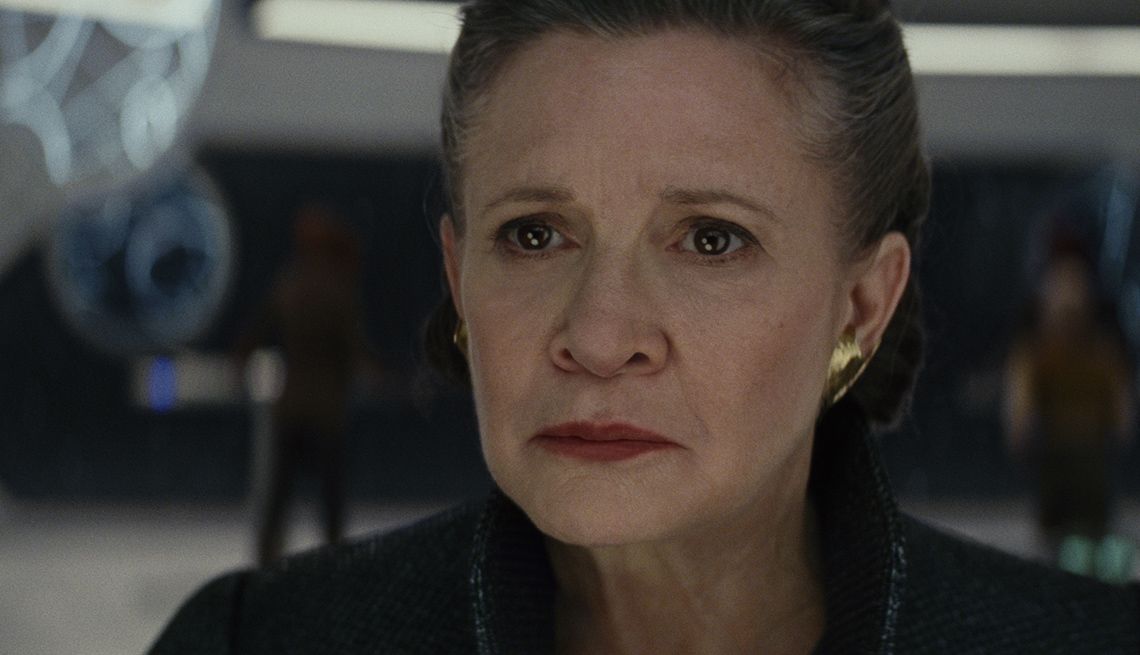 Carrie Fisher as Leia in "Star Wars: The Last Jedi"

Fisher, too, is magnetic. Leia Organa is one of cinema’s most beloved characters, and Fisher dominates the screen in her every scene. In a film with so many action-packed moments, Johnson does a great job of slowing things down every time Fisher appears, giving both the late actress and her character a nod of respect during her final movie performance.

For all the deep esteem Johnson shows for Hamill and Fisher, he also succeeds in passing the baton to a new generation of characters. Ridley is a force as Rey, and Isaac and Boyega possess a charisma that make them perfect for their roles. Tran, too, is exceptional as Rose, a character we come to love almost immediately. Dern and shady codebreaker Benicio Del Toro, 50, are fantastic additions. And they’re all given plenty to work with: The action sequences are dazzling, with plenty of Millennium Falcon and X-Wing shots to keep us on the edge of our seats. But the film truly excels when Johnson lets his actors act, as evidenced in the one-on-one scenes between Rey and Kylo Ren, Rey and Luke, and Finn and Rose, as well as many others who have an emotionally true quality that we’d find in any number of art house movies. 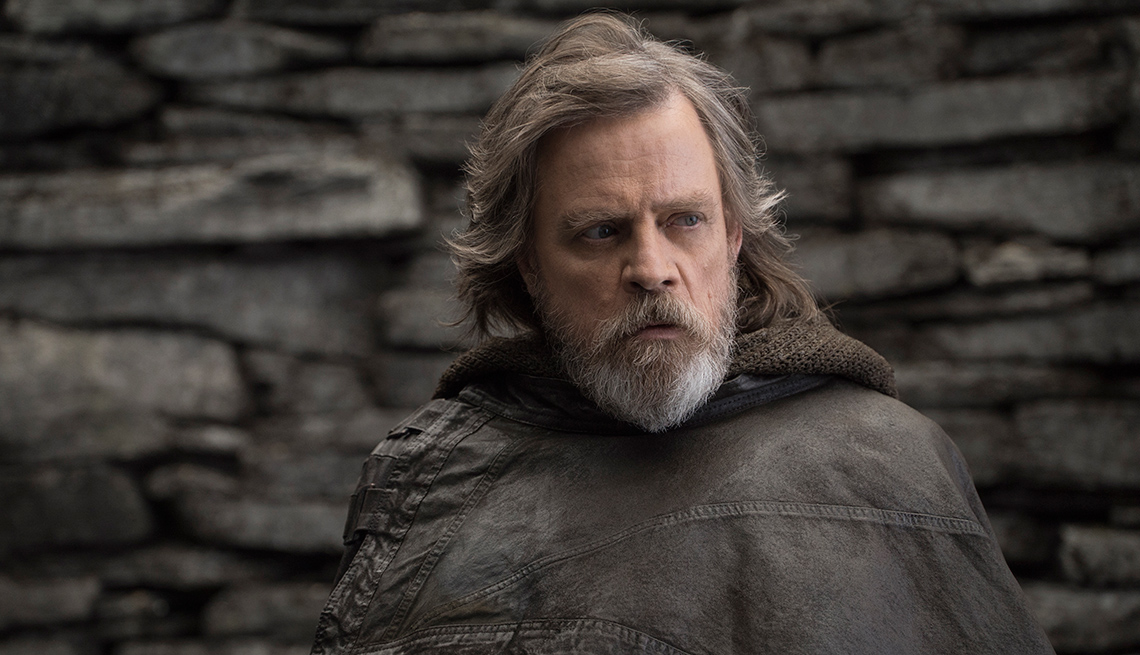 There are so many things this film needed to accomplish — give both its old and new characters the respect they deserve, contain a compelling story and set the stage for the conclusion to the trilogy. And Johnson pulls it all off, with just enough humor to remind us that we’re supposed to be having fun. This is a Star Wars movie, after all. There’s nothing more thrilling in the galaxy.