(VIDEO) 'Paris Can Wait' movie trailer: Anne (Diane Lane), long married to a successful businessman (Alec Baldwin), unexpectedly finds herself taking a car trip from Cannes to Paris with a business associate of her husband (Arnaud Viard). The seven-hour drive turns into a carefree two-day adventure replete with diversions and more.

Can't get to France this summer? Catch a cinematic ride from Cannes to the Seine in Paris Can Wait, as glamorous Anne (Diane Lane), the neglected wife of a top filmmaker (Alec Baldwin), gets the grand tour from a wooing, sacre-bleu-ing Frenchman (Arnaud Viard) who insists she's cuter than Cannes' near-naked nubiles: "They're just Pop-Tarts. You're chocolate crème brûlée!"

Lane, 52, is to love in a role that echoes the runaway-romance movie that made her a star at 13, A Little Romance — both build up to an innocent kiss that makes you go "awwww." But the real star is writer-director Eleanor Coppola, 81, reportedly the second-oldest first-time feature film director in history. A delectable trip like this actually happened to her when hubby Francis Ford Coppola had to strand her in Cannes to make a movie in Hungary and a mutual friend took her on a quick jaunt north that turned into a dayslong adventure. The sights! The vin extraordinaire! Cuisine sweeter than l'amour! 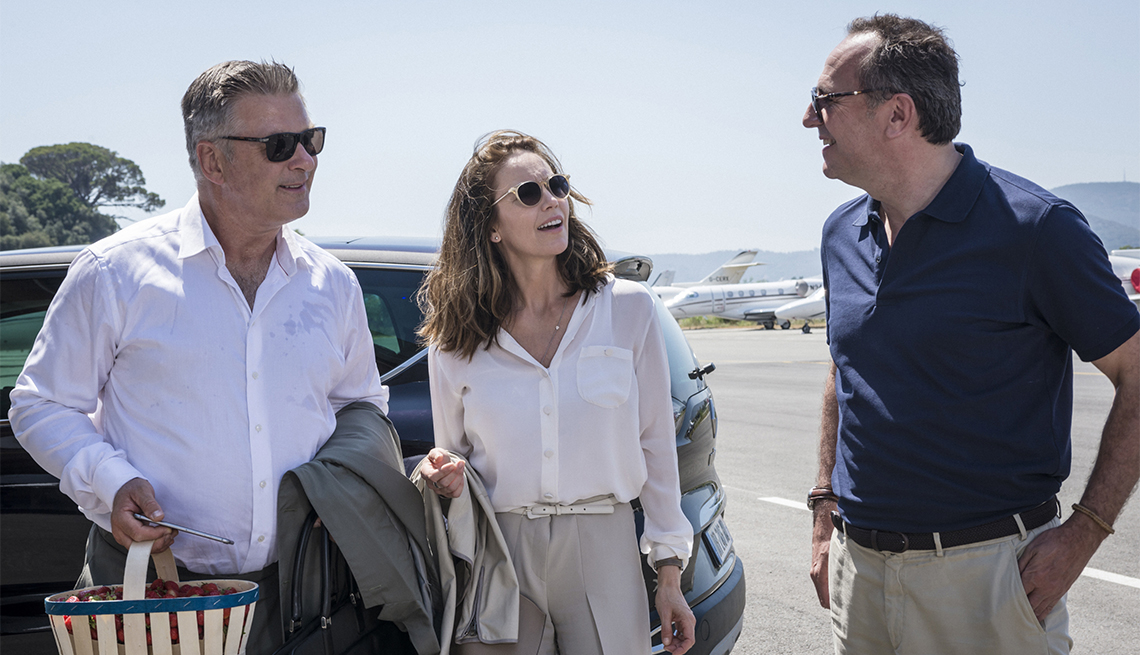 Since Coppola's family tree is weighed down by Oscar winners — her nephew Nicolas Cage was originally slated for the Baldwin role — she knows the business. But she's got industry cred in her own right: Her 1991 documentary, Hearts of Darkness, about the making of Apocalypse Now, debuted at the Cannes Film Festival and earned 11 top honors, including two Emmys. Though her dialogue can clunk, she's got an eye for a luscious image and a gift for the understated, emotionally charged moment, like the one in which Anne confesses to the Frenchman the heartbreak of her lost child. (Eleanor's son Gian-Carlo Coppola died in a boating accident in which Ryan O'Neal's son Griffin was charged with reckless manslaughter; she has compassion for him.)

Paris Can Wait was inspired by her daughter Sofia Coppola's breakthrough masterpiece, Lost in Translation, which is partly a satire about Sofia's ex-husband, Spike Jonze, who neglected her for moviemaking duties in Japan. Male adultery hovers in the background of both films, and Francis' affairs are referred to in the book version of Eleanor's Hearts of Darkness and Sofia's movie Somewhere, a fictionalization of her youthful times with Francis in L.A.'s naughtiness-friendly Chateau Marmont Hotel.

Lots of Francis' films are a boys' club — don't get Diane Keaton started on what it's like being the only girl in The Godfather. Eleanor and Sofia craft movies only a Coppola woman could make. They're dreamy, sensually feminine, impressionistic and full of sophisticated allusions, such as Lane's and Viard's reenactment of Manet's painting Déjeuner sur l'Herbe by an inviting stream.

Wouldn't it be lazy good fun to join them for luncheon on the grass? I assure you, it is.