'Trumbo' Movie Trailer: In 1947, successful screenwriter Dalton Trumbo (Bryan Cranston) and other Hollywood figures get blacklisted for their political beliefs.

En español | Stop bemoaning the polarization of American society and invest a couple of hours in Trumbo, a thoughtful account of the 1950s Red Scare told through the eyes of writer Dalton Trumbo.

When it comes to pitting one segment of society against another, it turns out, today's politicians are rank amateurs.

Trumbo, played with chameleon-like precision by Bryan Cranston (Breaking Bad), was a National Book Award-winning novelist-turned-Hollywood screenwriter when he was blackballed from the business for being an avowed communist. He became one of the infamous Hollywood 10, jailed in 1947 for refusing to name names before the House Un-American Activities Committee. 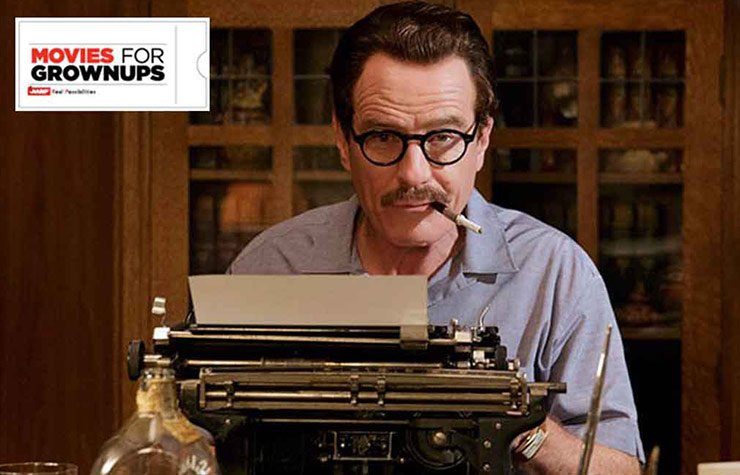 In telling Trumbo's story, director Jay Roach (Meet the Parents, Recount) and his screenwriter, TV veteran John McNamara, could easily have fallen into the trap of demonizing those who turned their backs on Trumbo and his friends. Instead, the film acknowledges how certain Americans — including such high-profile conservatives as Hollywood gossip columnist Hedda Hopper (a radiant Helen Mirren) and John Wayne (David James Elliott of TV's JAG) — legitimately feared the spread of totalitarian communism. By Trumbo's account, the movie industry's right- and left-leaning wings coexisted relatively well — occasional labor battles aside — until opportunistic politicians in Washington realized they could prosper by driving a wedge between the two sides.

Summoned to D.C. hearings and ordered to identify fellow travelers under penalty of prison or professional suicide, good people found themselves forced to turn on longtime friends. Thus did a tormented Edward G. Robinson (sympathetically played by Steve Jobs costar Michael Stuhlbarg) publicly name communist friends, including Trumbo, who visited him at home. Robinson hates what he has done and is angry about having been coerced into doing it. Yet he also resents his old friend Trumbo for failing to understand his untenable position.

In one of the film's most resounding moments, Robinson assails the judgmental attitude of Trumbo — who, though blacklisted, has continued to thrive by ghostwriting scripts.

"I have nowhere to hide," Robinson says in despair, gesturing to his world-famous face. "This is all I've got."

From headliner Cranston on down, the cast of Trumbo is impeccable. As the schlock producer who buys most of Trumbo's ghostwritten scripts, John Goodman elicits delightful memories of his classic turn as horrormeister Lawrence Woolsey in Joe Dante's Matinee (1993). Comedian Louis C.K. is a pleasant surprise in the dramatic role of a radical communist screenwriter whose anger is eating him alive — as is his advancing lung cancer. (The air in Trumbo contains at least 50 percent cigarette smoke.)

The fabric that holds Trumbo together, however, is the love story of the writer and his devoted, long-suffering wife, Cleo. As played by Diane Lane, Cleo emerges as Trumbo's most ardent supporter and most honest critic. When hubby gives the world a tongue-lashing, she smiles gamely. But Cleo is not about to stand by when the passionate writer turns his verbal ammunition on her or their three children. There's little physical contact between the two in the course of Trumbo — open affection does not appear to be part of the writer's DNA — but the scene in which she greets her husband after his stint in the pen is a masterpiece of restrained passion.

In a moving coda, Trumbo accepts a 1970 writing award. For Cranston — who won a Tony Award re-creating the words of LBJ in All the Way — it's a masterly moment. Trumbo speaks movingly of his own sacrifices, but he acknowledges that the blacklist likewise sullied the lives of those who feared the spread of communism. National powers, he warns, will always try to control the people by forcing them into opposing camps.

Across the decades, Trumbo cautions us not to take that bait.