What To Expect When You're Expecting

Ladies, gather your book club pals and set a date for a movie night this summer. Two films, one from the typically earnest indie movie house Sony Pictures Classics and the other from the more mainstream but also independent studio Lionsgate, are in store just for you. Have a cocktail, lower your expectations (this isn't fine literature, mind you) and enjoy a few chuckles — along with an unexpected heart tug — at your local cineplex. 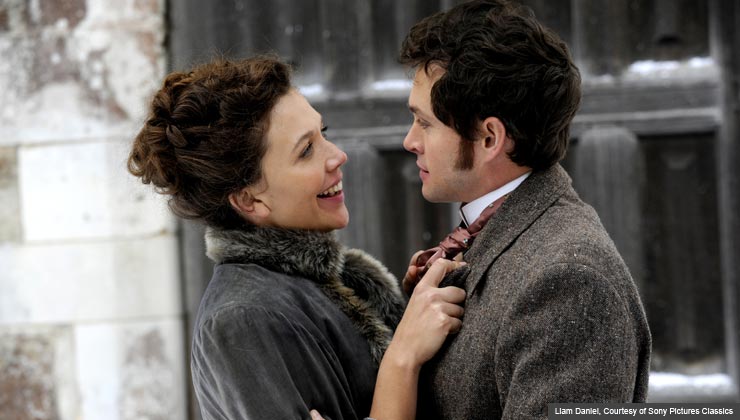 Classics' Hysteria, a Victorian-era period piece loaded with mega-talent — Maggie Gyllenhaal, Hugh Dancy, Jonathan Pryce, Felicity Jones and Rupert Everett — is based ever-so-loosely on a true story. In 1880s London, Dr. Robert Dalrymple (Pryce) is running a thriving practice treating women suffering from "hysteria," then a catchall diagnosis for all manner of maladies ranging from depression to frigidity to the desire for voting rights, by manually massaging the patient's vulva to produce a "paroxysm."

The film is entertainingly lighthearted, with Gyllenhaal, as Charlotte, Dalrymple's other daughter, offering levity to the tale. Charlotte is a feminist ahead of her time, running a shelter for disadvantaged women and children on London's poor side. She questions her father's stereotypical view of women and his method of profiting off of them, while Granville grows increasingly intrigued with her. You can guess what happens next. 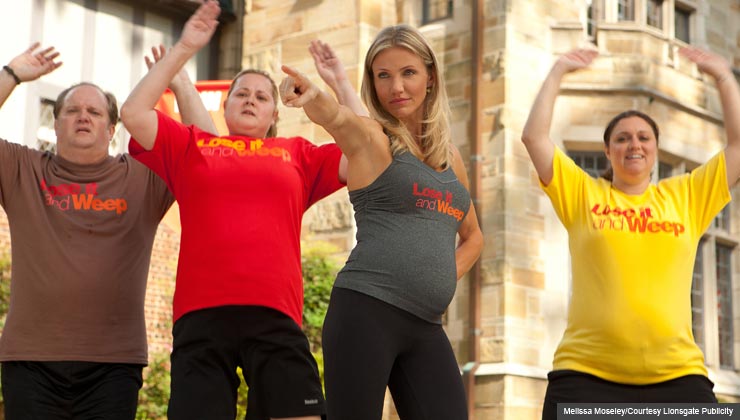 Cameron Diaz is Jules in 'What to Expect When You're Expecting.'

Hysteria is a romp, and all the more fun thanks to the corseted and bustled costumes and the interesting slice-of-history story line. Lionsgate's women's offering is What To Expect When You're Expecting, set, alternatively, in the very present day and inspired by the 1980s runaway best-selling advice book by Heidi Murkoff. Directed by Kirk Jones (Everybody's Fine, Nanny McPhee), the film follows five couples undergoing varied versions of becoming new parents.

Jam-packed with yet another crop of Hollywood A-listers, the cast includes Cameron Diaz playing Jules, a Jillian Michaels-type personal trainer who gets knocked up by her dance partner on a Dancing With the Stars-type show. Her way of dealing with pregnancy is by keeping her exercise routines going, in contrast with Wendy (Elizabeth Banks), owner of a lactation supplies store, who ends up pregnant after years of trying and finds the whole deal — and especially the third trimester — slightly revolting and totally exhausting.

Wendy's ever-supportive husband Gary (Ben Falcone) is over the moon with the impending new arrival until his millionaire retired race-car driver dad (played a little too enthusiastically by Dennis Quaid) one-ups him by announcing that he and his trophy wife (Brooklyn Decker) are expecting twins.

Anna Kendrick, who is always good, plays Rosie, a young food truck chef who finds herself in a family way after a first date. But most endearing of all is Jennifer Lopez as Holly, a photographer who, after a long struggle with infertility, decides to adopt a baby from Ethiopia. A bit intimidated by the notion, her husband Alex (Rodrigo Santoro) joins a father's club — allowing us to meet uber-dad Vic, played by Chris Rock, who offers up the film's funniest moments.

Expecting is by no means a great movie nor a display of terrific acting, but it's funny and charming and totally and completely women's fare. And it's a perfect complement to the slightly more sensible, but also silly, Hysteria.

You may also like: Salmon Fishing in the Yemen, a love story.