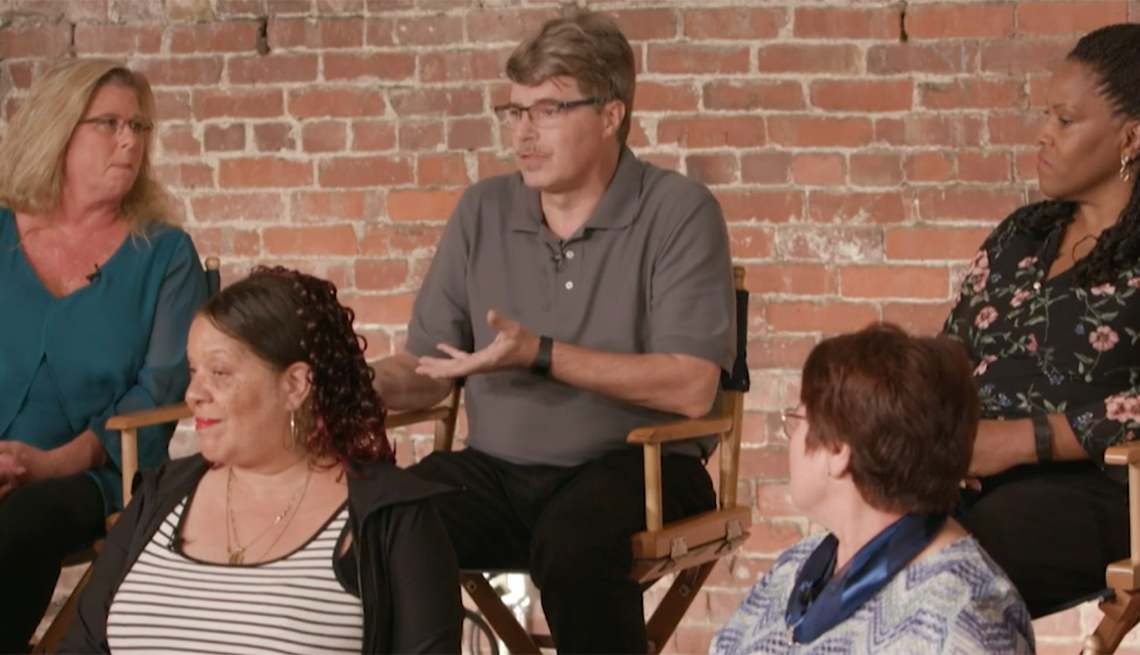 En español | Issues such as health care, retirement security and prescription drug prices will be uppermost in the minds of older voters as they go to the polls on Nov. 6. But this midterm election season has brought out another overriding concern among the age 50-plus electorate: how divided America and Americans have become.

“I would say in my lifetime, it seems worse than ever,” said Brenda, a 57-year-old project coordinator from the Pittsburgh area, at a recent AARP/Politico focus group that brought together 50-plus voters. “Nothing can be done if nobody compromises, and now that’s the line: No compromise.”

An AARP national survey this summer of voters over 50 found that 73 percent often worry about how divided the country has become. And in 20 polls AARP conducted this fall in states and individual congressional districts, about half of all those surveyed cited political divisiveness as a top concern.

“That stood out in all our polls — the sense among older voters that their greatest fear is the division in the country right now,” says John Hishta, AARP senior vice president for campaigns. “Nobody has figured out a way to deal with that because both sides go to the lowest common denominator in debates.”

As campaigns come down to the wire and races across the country are polling increasingly close, older voters are likely to decide which party controls Congress, governorships and statehouses. “People over the age of 50 have decided these elections historically, and they probably will do so again,’’ Hishta says. “The oversized importance of that part of the electorate is something that we want to continue to bring attention to.’’

For nearly four decades, the turnout of voters older than 45 has been significantly higher than that of younger Americans. In the last midterm election, in 2014, citizens over 60 accounted for 39.4 percent of all voters — the largest single voting bloc. And adults between 45 and 59 were the second largest group, accounting for 30.3 percent. This year, all 435 seats in the U. S. House of Representatives, 35 U.S. Senate seats and 36 governorships are up for election, along with thousands of seats in state legislatures.

Seniors “carry disproportionate weight in the electorate,” says Karlyn Bowman, a senior fellow at the American Enterprise Institute who analyzes polling data. Older adults tend to feel they have more of a stake in the country, probably have more time to think about issues and also tend to be more informed than younger voters, she adds. “When you care deeply about the fabric of your country and you hear about these divisions day after day, seniors might be particularly sensitive to that.”

In an effort to highlight the importance of the over-50 vote, AARP and Politico collaborated on a series of polls and election events in key battleground states: Florida, Arizona, Ohio and Pennsylvania. In each of those surveys, health care, Social Security and Medicare topped the list of issues that older voters care most about.

AARP tracks political advertising to see whether the issues important to its 38 million members are resonating with candidates. They seem to be. For example, of 53 political ads AARP reviewed that aired on Oct. 23, 42 mentioned issues older voters care about, including health care, Medicare, Social Security, veterans and the cost of prescription drugs.

At the AARP/Politico Pennsylvania focus group, several participants said they were worried that politicians in both parties are so divided and determined to get their way that progress isn’t being made on important issues such as health care, Social Security and drug costs.

Alex Ariano, a mental health counselor, and Hope Reynolds, a retired author, attended an AARP/Politico event in Miami earlier this year to hear several congressional candidates and a Republican party leader discuss the upcoming elections. Ariano and Reynolds say their greatest concern centers on the lack of civility in government and politics. “We’ve lost the decency,” Reynolds says, “to accept that people maybe have a different opinion than mine.”