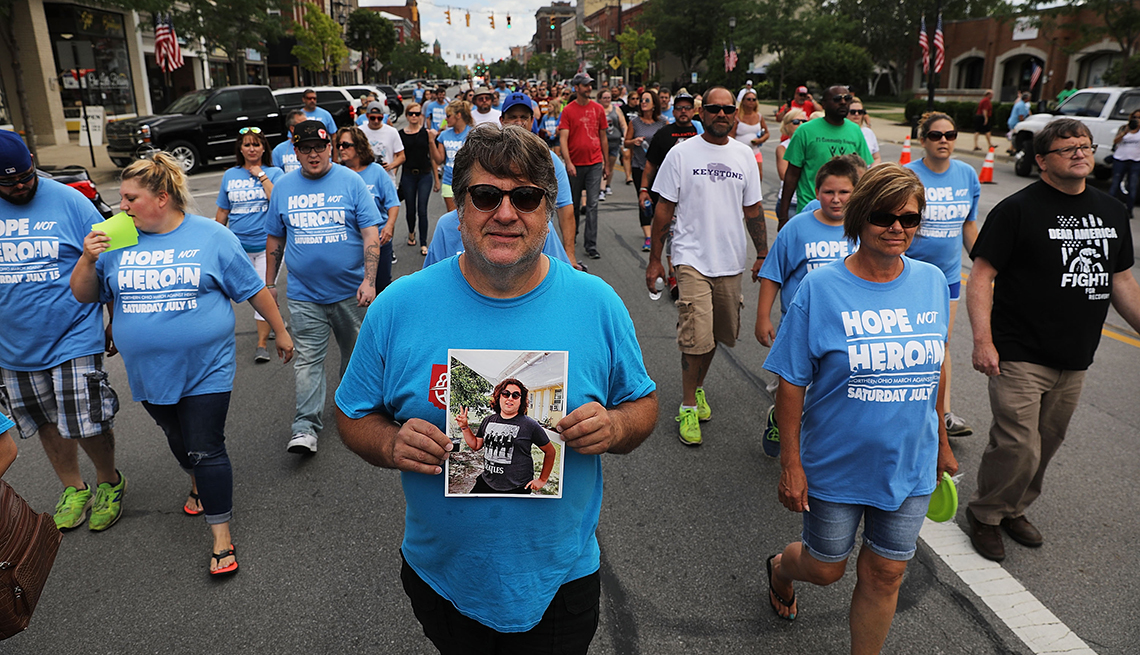 A new Politico/AARP poll finds that health care will be the most important issue on the minds of Ohio voters over the age of 50 when they go to the polls in November, and virtually all voters believe opioid addiction is a serious problem that the government is not doing enough to combat.

Among older voters, 81 percent said health care was the top issue with Social Security ranking second (80 percent) and Medicare (76 percent) rounding out the top three topics that will drive their votes in this year’s midterm elections. The survey also showed support across all age groups for Ohio’s expansion of Medicaid under the Affordable Care Act. Among all registered voters, 72 percent support preserving the state’s Medicaid expansion and 73 percent over the age of 50 want to keep it. The expansion added more than 700,000 Ohioans to the Medicaid rolls.

The Ohio poll is the third in a series of public opinion surveys that asked voters in battleground states about their views on key issues and races in this year’s state and federal elections. AARP has partnered with Politico Magazine to illustrate how important the 50-plus voter is in determining the complexion of the U.S. Senate and House of Representatives as well as state contests across the nation. The two previous polls were conducted in Florida and Arizona.

“With less than 50 days to go before Election Day, candidates in Ohio would be wise to listen to the state’s most powerful voting group: 50-plus voters,” says Nancy LeaMond, AARP’s Executive Vice President and Chief Advocacy & Engagement Officer. “History shows older voters turn out in force in every election and AARP is making sure they are energized and know where candidates stand on the issues.”

Registered voters in Ohio were asked their opinions on a wide range of subjects – from their support for President Trump to the possibility of Russian interference in November’s election, international trade policies and the need to bolster retirement savings. Adults over 50 comprise 36.3 percent of Ohio’s population. 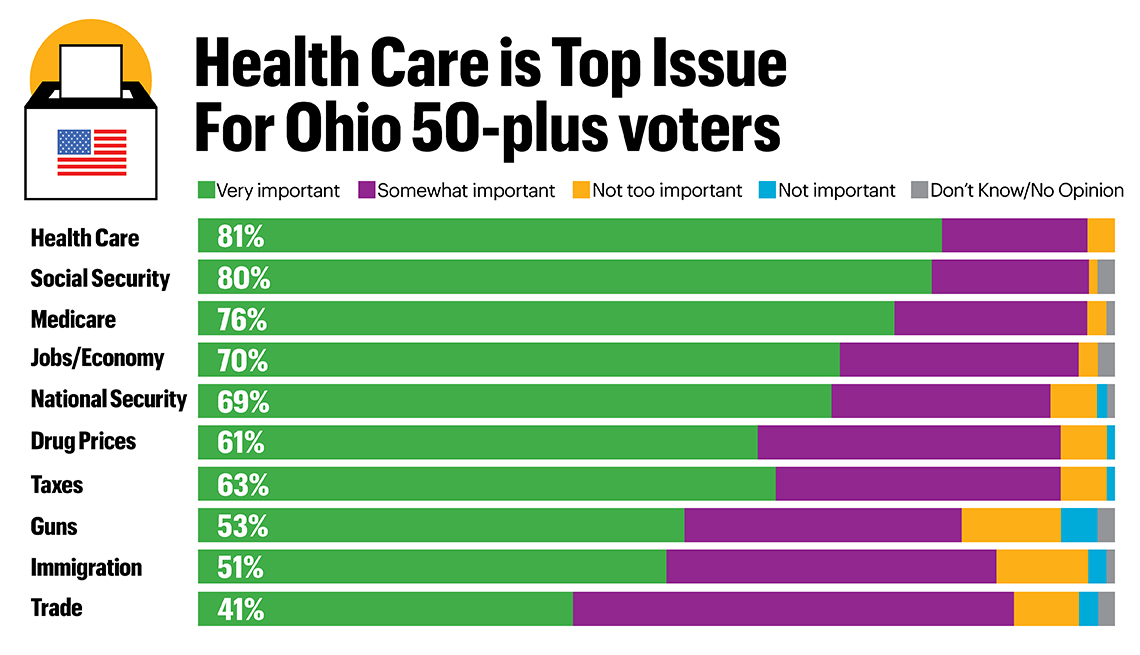 The poll revealed that 60 percent of 50-plus Ohio voters are concerned that the Russian government may try to interfere in November’s elections. The survey also found that more than two-thirds of older voters in the state believe it is likely that within the next five years there will be a significant cyberattack on the nation’s infrastructure, such as the power grid or banking system.

Concern over the potential hacking of the country’s computer systems is high among members of all political affiliations and the concern is only slightly lower among voters under 50 than older voters. Respondents were split over whether the federal government is prepared to prevent such cyberattacks, with 39 percent of older voters saying the government is prepared and 32 percent saying it isn’t.

“This issue is top of mind for many voters heading into the midterms,” says Tyler Sinclair, managing director of client services at Morning Consult, which conducted the poll for Politico and AARP. “There has been a consistent drip, drip, drip about this issue throughout the last 18 months,” Sinclair added, given what happened during the 2016 election.

The poll also showed that if the election were held when the poll was taken — from Sept. 2 to Sept. 11 — 41 percent of voters ages 50 and older would vote for a Democrat for Congress and 38 percent would vote for a Republican, with 21 percent undecided.

The survey also showed that among all voters, independents are largely undecided, especially among younger voters. Among those not affiliated with either major political party, 28 percent would vote for a Democrat for Congress, 21 percent for a Republican and 51 percent said they were undecided. The 30 percent gap in undecided voters between those below age 50 and those older, Sinclair says, shows that older voters have so far been paying much more attention to this year’s elections than their younger counterparts.

Ohio voters support both the North Atlantic Treaty Organization (NATO) and the North American Free Trade Agreement (NAFTA). They believe international trade is good for the U.S. economy (61 percent), for the prices of everyday goods and services (59 percent), for creating jobs in the U.S. (55 percent) and is also good for the state’s families (55 percent), manufacturers (53 percent) and farmers (51 percent).

More than 7 in 10 Ohioans support the creation of a retirement savings program in the state. The program was described as a private-public partnership where workers would be in control of this retirement savings account. They could choose whether to participate, how much to contribute, and would be able to take the savings with them if they changed jobs. Among all registered voters, 71 percent support such an idea and 69 percent of respondents over age 50 were in favor of it.