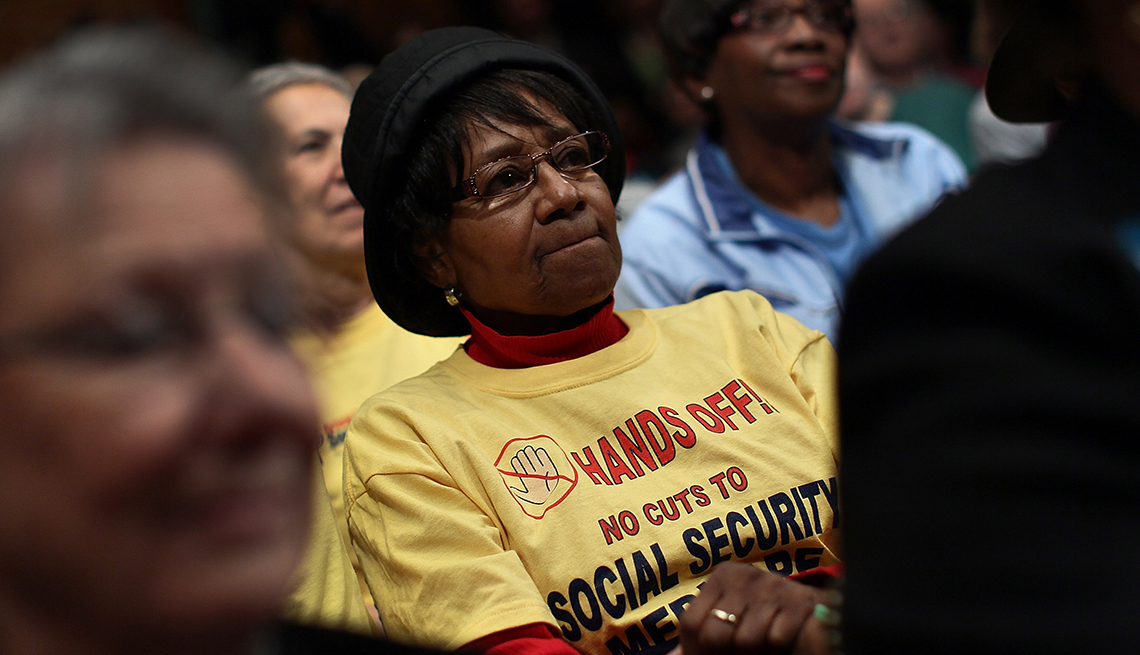 A woman listens to a hearing on Capitol Hill regarding Social Security, which is one of the top issues for Florida voters during the midterm elections.

Social Security and health care will be the two most important issues on the minds of older Florida voters when they cast their ballots in the congressional midterm elections, according to a new Politico/AARP poll.

The poll also revealed that 50-plus voters are pessimistic about having enough money to retire and believe future generations will be worse off financially than Americans are today.

The poll is the first in a series of public opinion surveys reporting on the attitudes and opinions of voters in a number of battleground states, with a focus on the 50-plus electorate. AARP has partnered with Politico Magazine to demonstrate how important the 50-plus voter is in determining the makeup of the U.S. Senate and House of Representatives as well as state races across the nation.

As part of the collaboration with AARP, Politico Magazine will produce a series called The Deciders to examine more closely the hot-button issues that motivate older Americans, from Gen Xers and boomers to the Silent Generation and the Greatest Generation.

Over the past four decades, older Americans have turned out to vote in far greater numbers than younger citizens. In Florida, 39 percent of its population is over the age of 50.

“Candidates who ignore the issues that matter to voters age 50 and up do so at their own peril,” says Nancy LeaMond, AARP Executive Vice President and Chief Advocacy and Engagement Officer. “Older voters were decisive in the last two elections, and they will likely be decisive this year as well. AARP is making sure that older voters are energized to go to the polls and know where candidates stand on the issues they care about.”

Earlier this year, AARP launched “Be the Difference. Vote,” a multifaceted campaign designed to maximize the influence of 50-plus voters in the upcoming elections.  The campaign will highlight issues like Social Security, Medicare and financial security, topics that older Americans are especially concerned about, as the Florida poll illustrates. 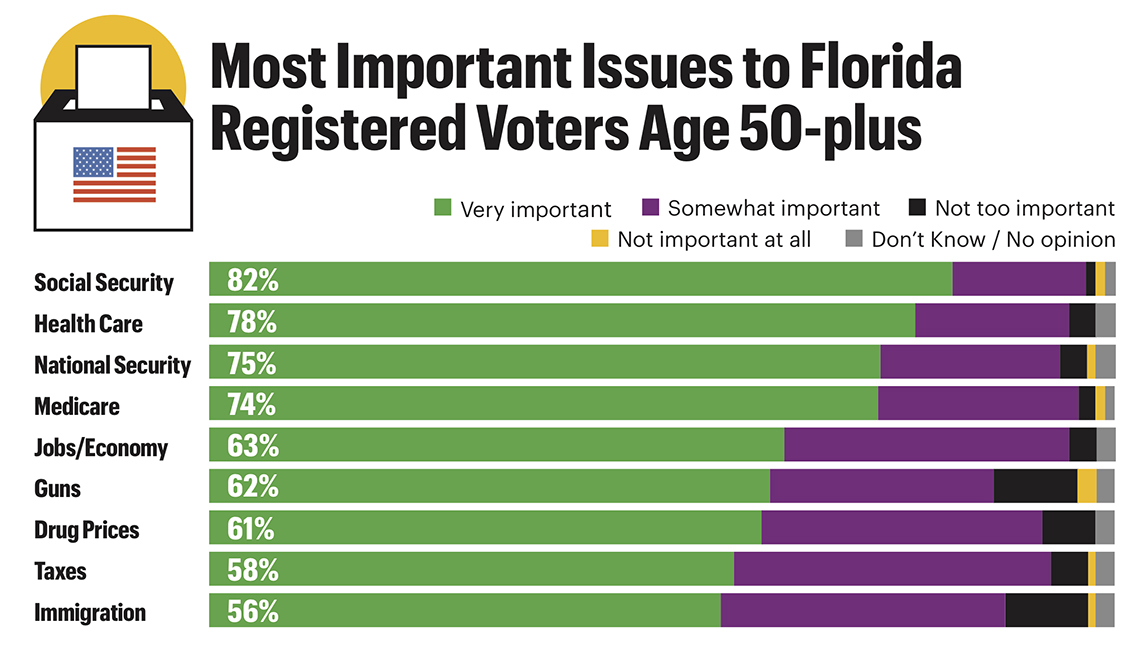 Among voters age 50 and over, 82 percent listed Social Security as being very important and 78 percent said health care. National security (75 percent) and Medicare (74 percent) were also key topics of interest, followed by jobs and the economy (63 percent), guns (62 percent) and drug prices (61 percent).

“Seniors are not one-issue voters,” says Tyler Sinclair, managing director of client services at Morning Consult, the firm that conducted the poll for AARP and Politico Magazine. “When we look at the rest of the data we collected, other issues are still important to them, such as guns, immigration, jobs and the economy or taxes.”

Although Sinclair said he was surprised that Social Security was of more concern to older voters than health care, he attributed that finding to the concerns seniors have about their incomes. Among the 50-plus that were polled, 49 percent said their income was falling behind their cost of living.

The older voters gave Congress low marks for its job performance on health care, with 71 percent disapproving and 19 percent approving. When asked about health care costs, 24 percent blamed health insurers for focusing more on profits than people’s health, while some 20 percent called out waste, fraud and abuse and 19 percent cited drug companies charging too much for medications. And nearly two-thirds of those polled — 63 percent — said they often worry about being able to afford health care expenses.