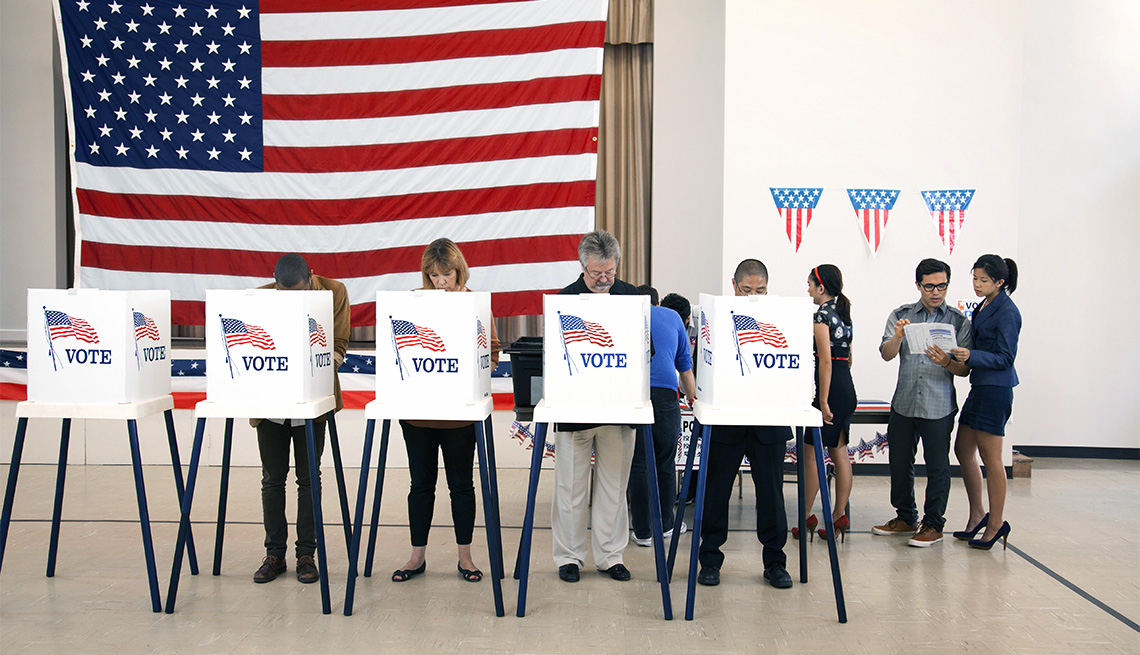 AARP and 'Politico' are teaming up to educate voters during the midterm elections.

AARP is partnering with Politico Magazine to demonstrate through polling, news articles and events how important the 50-plus voter will be in deciding the results of this year’s congressional midterm elections as well as state races across the country.

With the future of such critical programs as Medicare and Social Security on the line and issues like the affordability of prescription drugs and the role of caregivers, AARP and Politico’s work together is designed to show candidates, their staffs, political influencers and the media why they need to pay attention to older voters. The stories and polls will also reveal what motivates older voters beyond these hot-button issues and their ideological preferences. Americans over age 50 span the generations, from Gen Xers and boomers to the Silent Generation and the Greatest Generation, and they care about a wide range of topics, issues and policies.

“The role of 50-plus voters in deciding elections should not be understated — especially with critical issues on the line this year,” says Nancy LeaMond, AARP’s executive vice president and chief advocacy and engagement officer. “We are excited to partner with Politico to showcase the important role older Americans play in the upcoming election.”

As part of this collaboration, Politico will produce a series called The Deciders, which will debut in June. The series will combine polling analysis, demographic profiles of the 50-plus electorate and stories capturing voter attitudes in battleground states such as Florida, Pennsylvania, Arizona and Ohio. Politico will also hold forums in key states featuring candidates from both parties.

“We are just over six months out from a monumental election, and we are thrilled to partner with AARP to focus on the voters who will likely determine its outcome,” says Patrick Steel, CEO of Politico. "No one does politics better than Politico, and no one does grassroots organizing better than AARP, making this a natural partnership."