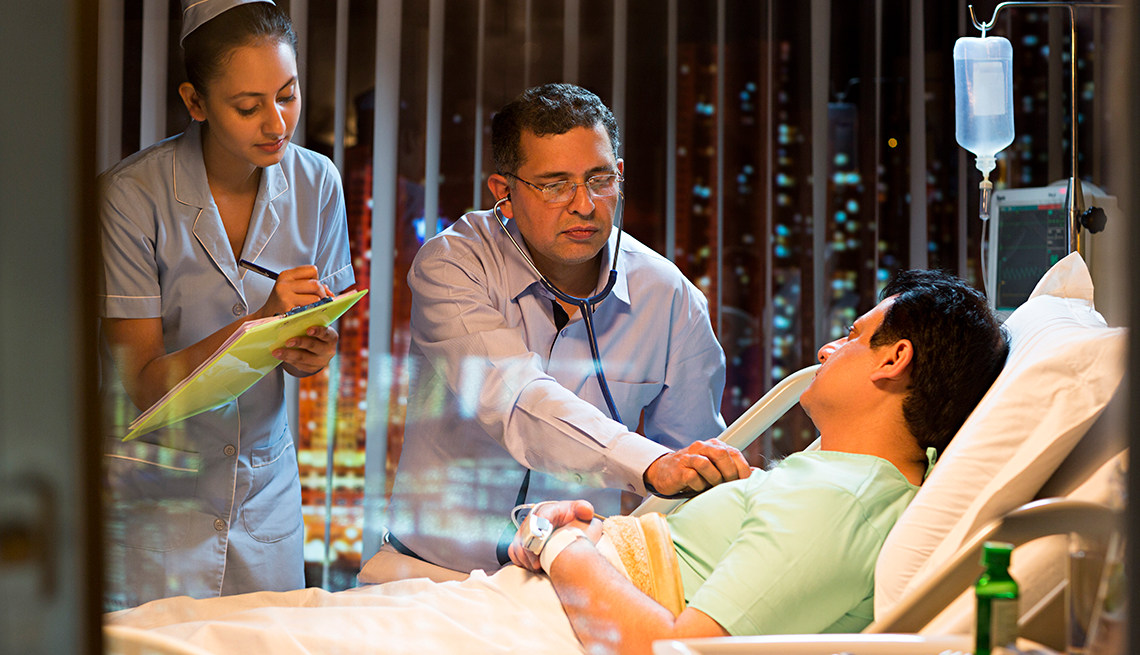 Delirium is a growing problem among the millions of Americans hospitalized annually.

One woman being treated in the intensive care unit (ICU) for respiratory problems asked the hospital staff to call her husband, even though he had died more than a decade earlier. Another ICU patient was convinced that drug dealers had forced his children to become smugglers.

Delirium — a severe state of confusion in which a person can sometimes hear or see things that aren't there — is a growing problem among the millions of Americans hospitalized annually. It can come on suddenly and can clear up within a week, but it can have a lasting impact on the brain — including trouble with memory and thinking up to a year after a critical illness, according to a recent study.

More than 7 million hospitalized Americans experience delirium each year, according to the North Carolina-based American Delirium Society, and it's a growing problem simply because more patients are being treated in the ICU, says Eugene Wesley Ely, a critical care specialist who leads the ICU Delirium and Cognitive Impairment Study Group at the Vanderbilt University School of Medicine in Nashville.

While the number of non-ICU beds in the United States has remained flat, the number of ICU or critical care beds has been growing, Ely explains. Overall, as many as 3 out of 4 ICU patients experience delirium, and the proportion is even higher among patients using a ventilator to help them breathe.

Although the risk for delirium increases with age, doctors have reported seeing signs of delirium in critically ill children and even newborns. What exactly is happening in the brains of patients with delirium isn't clear, but Ely's team and others have identified factors that increase a patient's risk. They include dementia; older age; surgery (such as hip or heart); poor eyesight or hearing; heart failure; certain medications, such as benzodiazepines, used to sedate patients; and infection or sepsis, a life-threatening response to an infection. While certain types of operations increase the risk of delirium, it also occurs in critically ill patients who have not had surgery, Ely emphasizes.

Hospitalization in the ICU is like a "stress test" for the brain, says James Rudolph, a Brown University geriatrician who directs the Center of Innovation in Long Term Services and Supports at the Providence (R.I.) VA Medical Center. "We all have a functional decline as we age," Rudolph says, but "we take a pretty big functional hit when we're really sick."

On top of serious illness and strong medication, the brains of ICU patients have to deal with trying to sleep despite all the beeping and buzzing of medical technology and middle-of-the-night vital sign checks, not to mention inadequate nutrition because the food can be unpalatable and boredom from staring at the ceiling all day, Rudolph notes.

While older age is one risk factor that can't be changed, many other delirium risk factors are modifiable, Rudolph and Ely note.

If you're scheduled for elective surgery, such as a hip replacement, you can take steps before you even enter the hospital to reduce the risk, Rudolph says. "You have to go into surgery as strong as possible." You'll be on bed rest, but if you're well-nourished and well-rested going in, you'll be able to get on your feet more quickly after the operation, he says.

Once patients are in the ICU, hospital staff can make sure to return eyeglasses or hearing aids after surgery, Ely says. They can stop the ventilator to check whether patients can breathe on their own. They can stop sedation. "When you take the sedation away, all of a sudden they don't look as sick anymore," Ely says.

Rudolph has developed a "delirium toolbox" that contains simple tools to help reduce the chance of delirium in patients identified as high risk. The tools include puzzles, modeling clay and playing cards that can help patients' brains stay as sharp as possible, as well as earplugs, stress balls and relaxing music to reduce anxiety and improve sleep. Rudolph says the VA is trying to encourage more hospitals to stock the toolbox.

When nurses hand a patient something from the toolbox, there's far less a chance the patient will need to be restrained. Critical care is the one place in hospitals where nurses still sometimes use restraints to keep patients from pulling out tubes or getting up and falling, Rudolph says. "There's a big push to mobilize people," he says. "Just because we have to monitor you doesn't mean you have to be bedbound."

Even ICU patients on a ventilator can take a walk with assistance, "although sometimes people are too sick, and you can't do that," Ely acknowledges.

You can play a key role in helping to reduce the risk of your loved ones developing delirium in the ICU. You can help reorient them to their surroundings and encourage and help them to walk, Ely says. Even people on a ventilator can carry on a conversation by writing notes, Rudolph says. You can also make sure the team caring for your loved one is open and honest about what's going on, Ely says.

Better recognition and management of delirium is part of a revolution in the ICU that the Society of Critical Care Medicine calls "ICU Liberation."

"There's a huge shift about everything related to the ICU," Ely says. "In the past, we just assumed that people were so sick that they couldn't do anything in the ICU. We'd leave them there until they got better. That's totally passé. Our job is to not just let you survive, but to survive successfully."