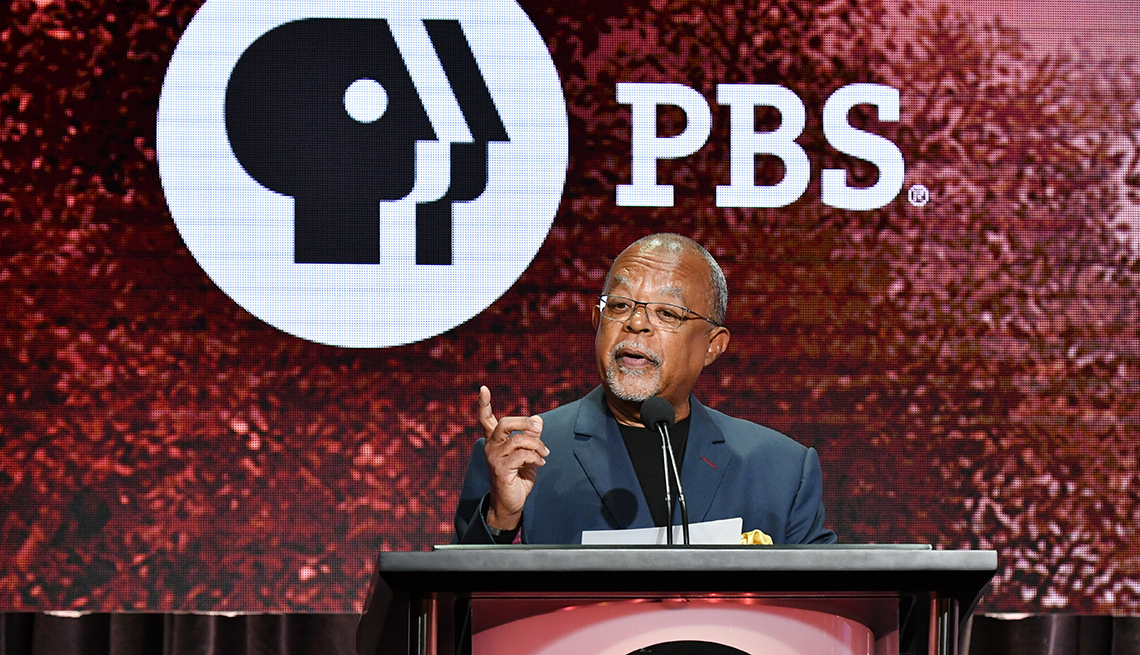 Thanks to an encounter with a family scrapbook at a young age, ancestry fascinates Henry Louis Gates Jr., the Emmy-winning filmmaker, author and Harvard University professor raised in the tiny town of Piedmont, West Virginia.

As the host of the hit show Finding Your Roots, now in its sixth season on PBS, he helps guests like Ava DuVernay, Sean “Diddy” Combs and Angela Bassett discover the stories — and the secrets — their family trees contain.

Gates, 69, spoke with AARP about the early days of Finding Your Roots, the importance of knowing one's ancestry and the childhood revelation that sparked his passion for genealogy in the first place.

You've hosted Finding Your Roots since the beginning. How did the show come about?

A black geneticist, Dr. Rick Kittles, contacted me and told me about this exciting new scientific development. He was looking for prominent African Americans to be guinea pigs, and unbeknownst to him, I had been interested — more than interested, obsessed — with my own family tree since I was 9 years old. 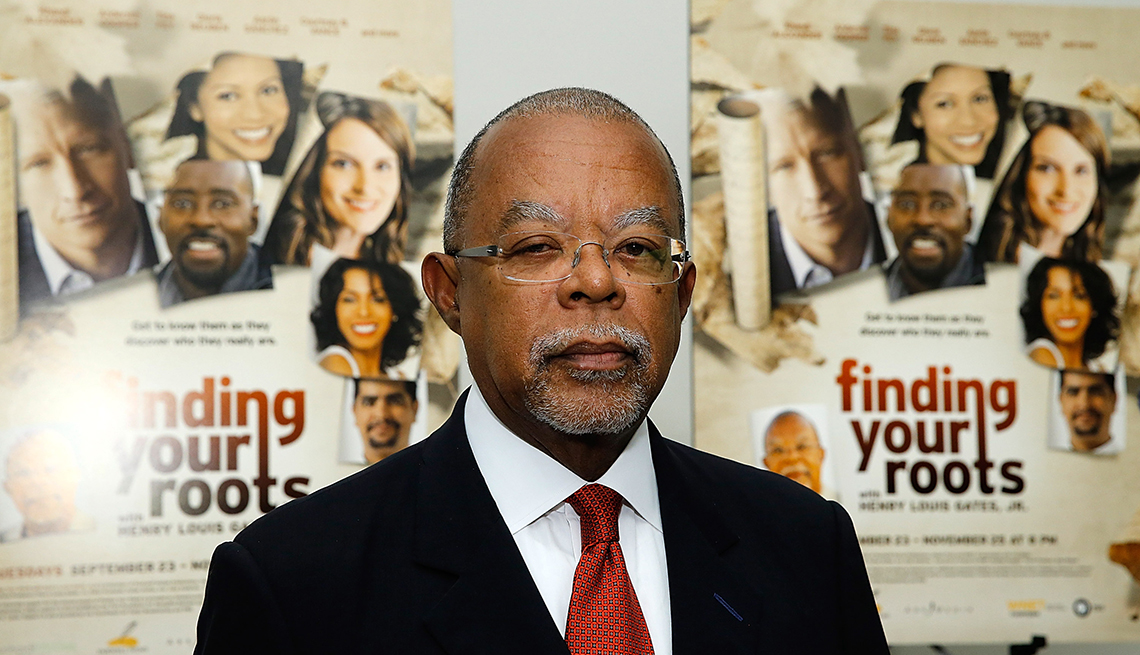 • When: 8 p.m. ET Tuesdays on PBS, check your local listing to confirm; or on demand

What happened when you were 9?

It was the day we buried my father's father, Edward St. Lawrence Gates. After the funeral, my father took my brother and me upstairs in his parents’ house and showed us his father's scrapbooks.

After going through six or seven of these scrapbooks, he found the 1888 obituary of the oldest Gates we've ever been able to trace: Jane Gates.

He had us look at this obituary and it said: “Died this day in Cumberland, Maryland, Jane Gates, an estimable colored woman.” And then he showed us her picture, and he said she was a slave; she had been a midwife. He said, “I never want you to forget her name or her image."

That night, the last thing I did before I went to bed was look up the word “estimable” in the dictionary because I didn't know what it meant. And then I thought, Wow, that funny-looking lady is estimable. Maybe I'm estimable, too.

The next day, July 3, 1960, I did my family tree. I interviewed my parents in front of our little black-and-white TV set. I only traced my father's side and my mom's side, I didn't know anything about your mother's father's mother's side. I just wanted to know how I was related to this lady who was a slave.

The impact of slavery can make tracing one's ancestry particularly meaningful for African Americans. Why is that?

It's important because that knowledge was systematically taken away from us.

If you need to know one reason why it's important to restore that knowledge, it's because it was important enough for slaveholders to take it away. They wanted to decenter us, to keep us from understanding our roots.

How do guests on the show tend to react to learning about their family history?

They're all so deeply moved. Often people cry. The things that you learn are so shocking.

We did Jeffrey Wright and Queen Latifah last month. It turns out that Queen Latifah, whose name is Dana Owens, is descended from a long line of Owens who have been free since 1792. That means that no one in the Owens line of Latifah's family tree suffered the indignities of slavery after 1792.

What do you hope audiences take away from the stories you share?

The overall message of Finding Your Roots is that we're a nation of immigrants. Even Native Americans migrated here 16,000 years ago across the Bering Strait.

African Americans were unwilling immigrants who came here in chains. But now with DNA we can tell the multiplicity of places that their ancestors came from, including the fact that the average African American is 24 percent white or European and one-third of all African American men are descended from a white man, like I am.

Jane Gates’ children were fathered by a man of Irish descent, and we know that through my Y-[chromosome] DNA. So we deconstruct the notion of race.

There is no racial purity. At the level of genome, we're 99.9 percent the same.

Along those lines, you now feature guests of all backgrounds, not just African Americans. How did that come about?

"The way to begin to establish a firm foundation is to find out on whose shoulders you're standing. Where did you come from? What are their stories?"

I got a letter from a woman of Russian Jewish ancestry, and she said, “You don't realize it, but you should do this for everybody, not just black people.” So we thought about it, and we decided to expand.

Now we show everybody how to go about establishing the roots and branches of their family tree, and I think it's empowering. I think the reason genealogy is so popular is that people want a foundation to stand on.

The way to begin to establish a firm foundation is to find out on whose shoulders you're standing. Where did you come from? What are their stories?

And people can find this sort of information out on their own, right?

More people than ever before can do their own research because such a massive number of records and archives have been digitized.

If you go to a company like Ancestry.com [one of several corporate sponsors of Finding Your Roots] and subscribe, and type in the name of your grandmother or grandfather, it automatically takes you to any record in their database. Twenty years ago, you had to be a professor or wealthy person and travel around to all these counties and look at archives.

It's amazing that anybody did genealogy. Now, you can do in seconds or minutes what would take weeks or months before.

We're in the midst of a genealogy revolution and a genetics revolution. There's never been a better time to trace your family tree.

Earlier, you mentioned that racial purity isn't real. We also know that racial identity — whether someone is considered white or black, for example — can change over time or in different contexts.

Yet certain diseases disproportionately affect certain groups, such as sickle cell disease among African Americans. How can we reconcile the social and biological aspects of race and ethnicity?

You hit the nail on the head. Race is socially constructed, but mutations are not.

Mutations are biological, and people carry mutations like BRCA1 and BRCA2 or sickle cell disease because their ancestors, people with recessive genes, were marrying each other in particular regions. And these mutations became disproportionately present in the genome.

That distinction is very subtle, but it's very important. In fact, every admixture test that we reveal on the show is a critique of white supremacist notions of purity.

There is no such thing. Everybody's mixed up. Fifty-thousand years ago, all of our ancestors were in Ethiopia, and we've all descended from that small group of people.

It's really amazing when you think about it.

It is. It's a miracle. And I love doing the show for that reason.