This year, black cinematic talents mostly got snubbed once again for Oscars, except for Harriet star Cynthia Erivo, who called her nomination for best actress “bittersweet."

Still, you can celebrate Black History Month by watching some top-notch new flicks that prove black film is no longer a genre but a vital part of movies across all genres — from Eddie Murphy's comic biopic Dolemite Is My Name to Lupita Nyong'o's smart horror film Us. And you'll find more good news, plus tips on more great movies to watch now, in They've Gotta Have Us (Netflix, Feb. 5), a terrific look at the successes of black actors and filmmakers since Hattie McDaniel's historic 1940 Oscar win for Gone With the Wind.

The inspiring three-part documentary is from the Array film collective founded by Ava DuVernay, 47, and was written, directed and narrated by Simon Frederick.

"I do think we're in the middle of what could be termed a renaissance of black film,” says David Oyelowo, one of many eloquent filmmakers in the doc. “I have told 150 years of African American history through movies I've done, from Lincoln to The Butler to Selma to Red Tails [about the Tuskegee Airmen] to The Help."

A guide to black filmmaking history

They've Gotta Have Us is a fascinating survey of the stories behind today's black masterpieces and top filmmakers and a quickie history of black cinema, starting with McDaniel. She had to pressure producer David O. Selznick to nominate her and get her into the Oscar ceremony at the Cocoanut Grove nightclub, segregated until 1959.

The award didn't give her the career she deserved nor fulfill her last wish to be buried in the segregated Hollywood Cemetery. Yet she paved the way for breakthroughs from Sidney Poitier and Harry Belafonte, both now 92. 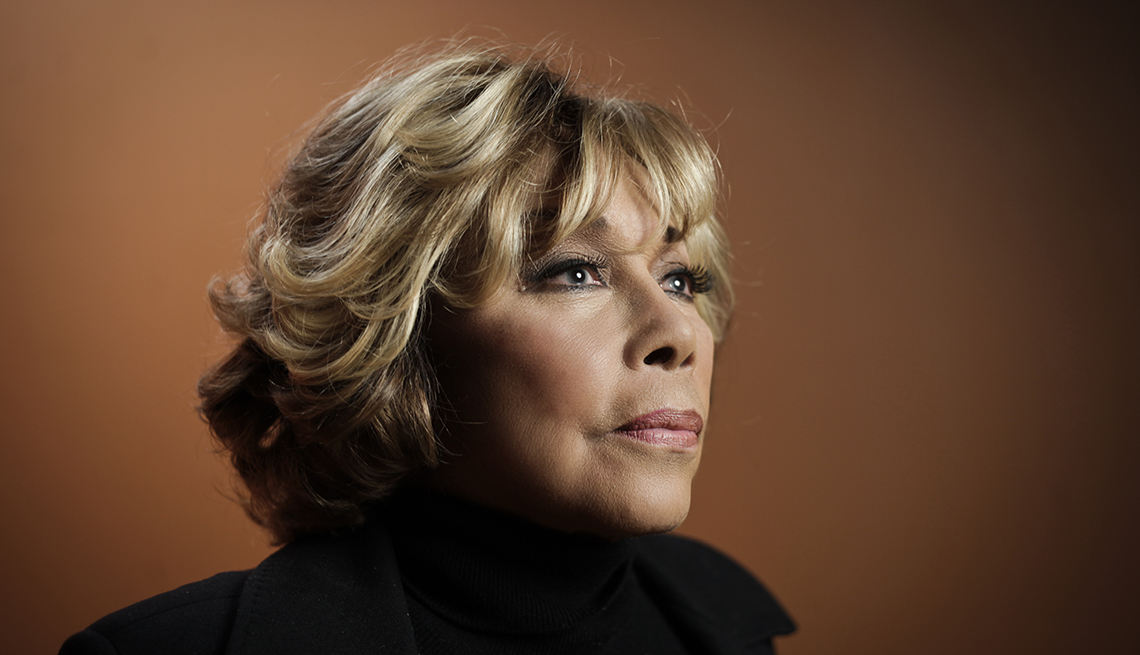 In the docuseries, Belafonte joins pioneering actors such as the late Diahann Carroll and Earl Cameron, 102, one of the first black actors to star in a British film, in giving fascinating firsthand accounts of the rise of black cinema.

Belafonte explains that since the Motion Picture Production Code, better known as the Hays Code, and its set of industry moral guidelines, was imposed in 1934, movies were forbidden to show any romance between blacks and whites, severely limiting his career. In fact, it was a breakthrough when he romanced Dorothy Dandridge, the first black woman nominated for the best-actress Oscar, in 1954's Carmen Jones, which became a hit even though it was made on a bare-bones budget in 10 days.

"We barely had time to learn the lines,” Belafonte says. “Love and caring and black people had just never been seen in that rhythm before.” As luminaries like Belafonte are interviewed, director Frederick projects the actors’ and their films’ statistics on the wall behind them: Carmen Jones, made for $750,000, grossed $9.8 million, equivalent to $87.5 million today.

Another breakthrough was more subversive. Forbidden to smooch costar Joan Fontaine in Island in the Sun (1957), Belafonte and Fontaine instead share a fresh coconut — a metaphor for so much more than a kiss, Belafonte says.

The documentary deftly sketches how black film evolved, thanks to geniuses such as Spike Lee (She's Gotta Have It, Do the Right Thing, Malcolm X) and his cinematographer Ernest R. Dickerson; and Murphy, 58, who helped make it possible for blacks to be in buddy pictures when he starred opposite Nick Nolte in 48 Hrs. which then paved the way for Will Smith, 51, in Men in Black. As the documentary shows, Denzel Washington, 65, was crucial because he broke out in roles that actors of any race could play.

"Denzel said [to his agent], ‘Send me everything Harrison Ford turns down or can't do,’ “ says Oyelowo, who followed that example. Laurence Fishburne, 58, one of the most insightful of Frederick's interview subjects, says his breakthrough came when he was cast in the massive sci-fi hit The Matrix, which helped paved the way for Samuel L. Jackson, 71; John Boyega, and Nyong'o to star in Star Wars movies.

Also important were white directors of terrific films that advanced the black cause, like Norman Jewison (A Soldier's Story, 1984), Steven Spielberg (The Color Purple, 1985) and Taylor Hackford (the Ray Charles biopic Ray, 2004), who actually listened to black actors while directing them. Whoopi Goldberg, 64, complains about backlash against The Color Purple, criticized for having a white director.

"Pretty much an all-black cast, 11 [Oscar] nominations, no win because nobody wanted to be tackled by the NAACP for not getting something right,” Goldberg says. “The fact that there were 9,000 black people on-screen for more than 10 seconds spoke eons to me."

Working up to being the boss

They've Gotta Have Us also shows how heroic black talents decided to change history by doing it for themselves. Robert Townsend, 62, relates how he had to play inarticulate gangsters for years.

"Be the best pimp you can be,” his mother told him before auditions. But after A Soldier's Story put money in his pocket, he put it into his vision.

"I'd saved $60,000,” Townsend says in the documentary. “We've got to tell our own stories. So that's when we started making Hollywood Shuffle.” His hilarious satire of Hollywood's white film execs pushing dumb black clichés was a hit that pushed history forward.

With films such as Moonlight winning a surprise best-picture Oscar and Black Panther proving “that a film can be all black and all successful,” as Frederick says, we moved toward a world that, while a far cry from perfect, would be unrecognizable to Gone With the Wind's McDaniel. Don Cheadle, 55, wisely notes that success is the only language executives understand, no matter what their racial politics are.

"The color that they really care the most about is green,” Cheadle says.

Hollywood history may not exactly bend toward justice. But it always bows to money, and the excellent documentary They've Gotta Have Us shows exhilaratingly that a growing number of black filmmakers are moving us in the right direction.

TV takes on a celebration of black culture

Black History Month is taking over TV, and here are some of the best shows and movies from free and pay TV, both new and classic, coming up this month on broadcast and streaming channels.

The Black Entertainment Channel honors Black History Month with some classic films, including Queen Latifah's and Jada Pinkett-Smith's 1996 hit Set It Off (as fun as Girls Trip), 12 Years a Slave and Denzel Washington's greatest film as a bad guy, Training Day. But what everyone will watch is the NAACP Image Awards, sometimes called the black Oscars. (Feb. 22, 8 p.m. ET).

NBA star and Presidential Medal of Freedom winner Kareem Abdul-Jabbar, 72, is also a serious writer, the author of 15 books, and the producer of Black Patriots, a one-hour documentary on American heroes like Crispus Attucks and Phillis Wheatley. "Here's something we never learned in school,” says Abdul-Jabbar. “George Washington said that African-Americans were pivotal to winning the Revolutionary War. From soldiers to spies to poets, black people were as much the founders of America as those who signed the Declaration of Independence." (Feb. 19, 10 p.m. ET.)

Check Hulu's Black Stories page for a good selection of documentaries, dramatic films and shows. Recommended: the over-the-top comedy Sorry to Bother You; Detroit, a film from the director of Zero Dark Thirty about the 1967 riot; and ABC's trio of black-family shows Black-ish, Mixed-ish and Grown-ish.

This service, which can be viewed with a public library card or university login, offers a deep catalogue of classic, documentary and new films, including I Am Not Your Negro with James Baldwin (2016) and the best picture winner Moonlight (2016).

Henry Louis Gates Jr. has a hit with Finding Your Roots. This month actress S. Epatha Merkerson, filmmaker Ava DuVernay and musician Questlove get their DNA read. (Feb. 11, 8 p.m. ET). PBS is a treasure trove of black biographical programming, often premiering or re-aired in February, but each station does its own slate, so check local listings for black history telecasts, and check out the PBS Black Culture Connection page for updates. Good shows coming up: Backs Against the Wall: The Howard Thurman Story, about teacher, poet and nonviolent social-change advocate Howard Thurman; and Fannie Lou Hamer: Stand Up, about the sharecropper turned congressional candidate.