Call it a regrettable bit of selective self-flagellation, but many Americans seem to think their country has the market cornered on racial discrimination. Now comes the remarkable new historical drama A United Kingdom to remind us that pigment-based prejudice spans not just the world but every shade of the color spectrum. 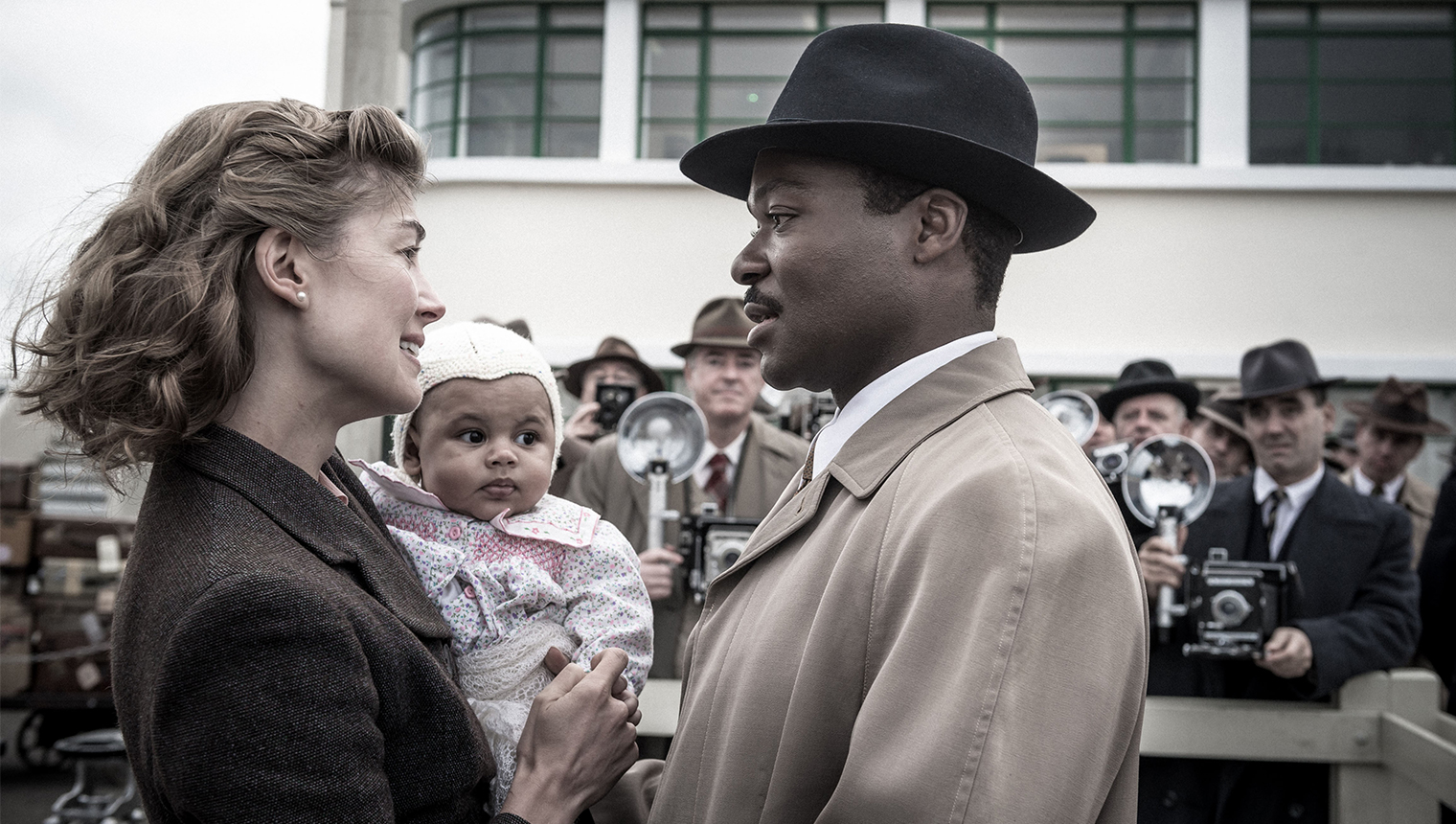 David Oyelowo and Rosamund Pike star in "A United Kingdom."

In real-life, late-1940s England, Seretse Khama (David Oyelowo) was a Botswanan prince and king-in-waiting, pursuing his higher education. The plan for him to marry a woman from his homeland got derailed when he fell in love with Ruth Williams (Rosamund Pike), a member of a London typing pool. And when they decided to marry, their union sent repercussions all the way from London to Johannesburg.

Powerful figures in Khama's tribe bitterly resisted his choice of a queen. In Britain, meanwhile, the match drove a wedge between the crown and representatives of South Africa's white strongmen, who had just begun to impose their cruel system of apartheid as the law of the land.

But this is a movie, so the love story occupies center stage regardless of its geopolitical implications. Oyelowo and Pike make an infinitely appealing couple, their characters tossed by the seas of hatred but stubbornly refusing to take their eyes off the prize. Ratcheting up our sympathy, it's a modest prize at that: the freedom to be left alone.

Theirs is a quiet courage, reminiscent of the kind recently portrayed in Loving, the American film about the couple whose mixed marriage ended up before the U.S. Supreme Court. On the other hand, as two of the sexiest stars in cinema today, Oyelowo and Pike bring undeniable jolts of electricity to their roles.

Under the direction of Amma Asante (Belle), A United Kingdom deftly navigates the deeply personal bond between Khama and Williams, all while plumbing the international stakes involved. Asante skewers British and African racism with equal vigor, but she heaps special scorn on Britain's behind-the-scenes maneuvering to sabotage the match. Even Winston Churchill incurs disdain for an unforgivable double cross: After successfully using the couple's plight as an issue in his political campaign, he ultimately banishes Khama from his native land indefinitely.

The visual lyricism of A United Kingdom harks back to another richly textured romance about the continent, 1985's Out of Africa. But unlike the couple played then by Robert Redford and Meryl Streep, Khama and Williams are no star-crossed lovers. We savor their triumph, and through it they make the world they live in a little sweeter.