En español |  Congenitally incapable of giving a bad performance, Shirley MacLaine brings heft and heart to The Last Word, the story of Harriet Lauler — a long-retired businesswoman who micromanages everything, even the writing of her own newspaper obituary.

The movie succeeds against the odds: a script that makes all the expected stops, and direction that does little more than keep the actors in the frame. But MacLaine and her costar, Amanda Seyfried (as Anne, the hapless writer assigned to compose Harriet's death notice), give this film life when it should be dead and buried.

Everyone hates Harriet: her former coworkers, her gynecologist, even her priest. She lives alone, and quite aimlessly, in her beautiful home — the fruit of her long and successful career in advertising. Alienated from her daughter and resented by her ex-husband, Harriet has been reduced to meddling in the daily duties of her gardener and her cook.

One half-hearted suicide attempt later, Harriet starts wondering how she will be remembered. Glancing at the local newspaper's obituaries, she realizes that some of the most miserable people she's ever known are getting glorious write-ups. And so, a brainstorm: She'll get the paper's editor (Tom Everett Scott, That Thing You Do!), who's still in Harriet's debt from all that ad space she bought over the years, to assign his staff writer Anne as her personal chronicler. The resulting hagiography, she figures, will be published after she's gone — and Harriet is secretly engineering that time to arrive soon.

Most of The Last Word's fun comes in the early going, when Harriet and Anne exhibit their clear distaste for each other. Predictably, the script doesn't take long to reveal the two are more alike than dissimilar. Until then, thankfully, their barbs — hurled expertly by the stars — hit home deliciously. 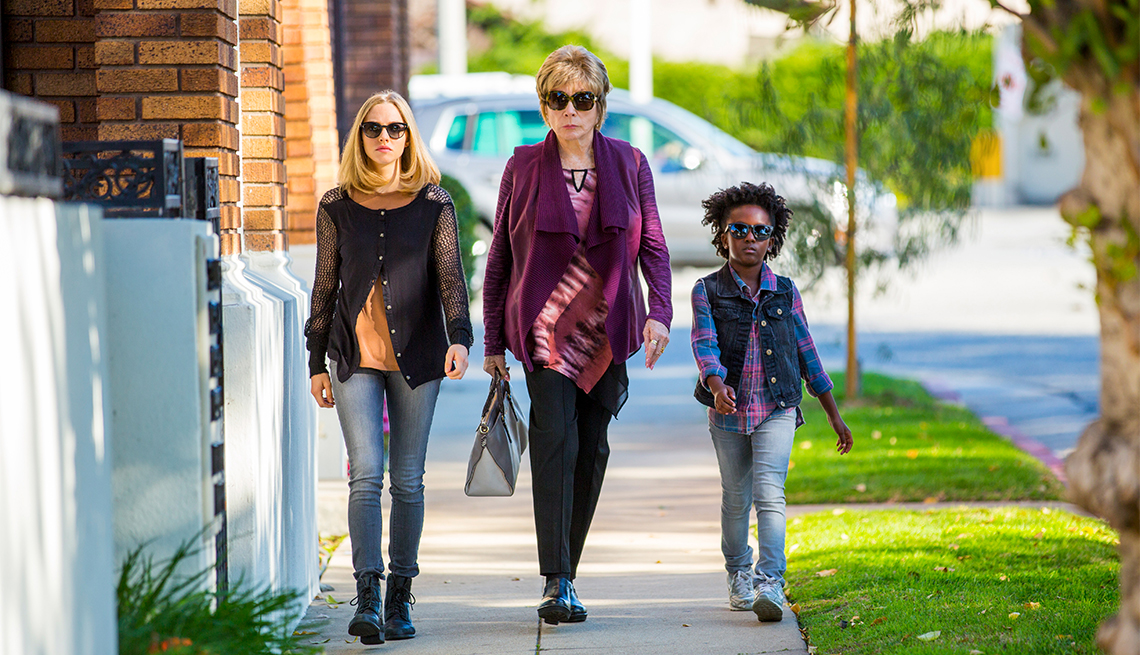 Eventually, Harriet cynically concludes her obit is missing a certain whiff of community involvement, so she heads down to the rec center to select a random kid to mentor.

She settles on Brenda (AnnJewel Lee Dixon), a preteen she overhears cursing out the center's director, who's unhappy that Brenda just rearranged the library's Dewey-numbered books in alphabetical order. Sensing a bit of her own micromanaging self in the girl, Harriet starts hanging out with Brenda (whose constant F-bombs earn this otherwise-family-friendly film its R rating).

And then we're off to the races: Harriet visits her estranged daughter (Anne Heche), who she inexplicably did not know is one of the nation's leading neurologists. She goes for a midnight near-skinnydip with Brenda and Anne. She lands a gig as the drive-time disc jockey at the local radio station.

It all must have looked pretty eye-rolling on paper — but only to those who don't know the power of MacLaine. With a flash of those almond eyes and a twist of that wry smile, she'll have you throwing up your hands and exclaiming, "Oh, what the hell — I'll buy it!"

Rather than the utterly predictable finale chosen by writer Stuart Ross Fink, are there half a dozen better ways The Last Word could end? Yes, but by then Ms. MacLaine has thoroughly won the day — just as she has done through films both good and otherwise for 62 years.