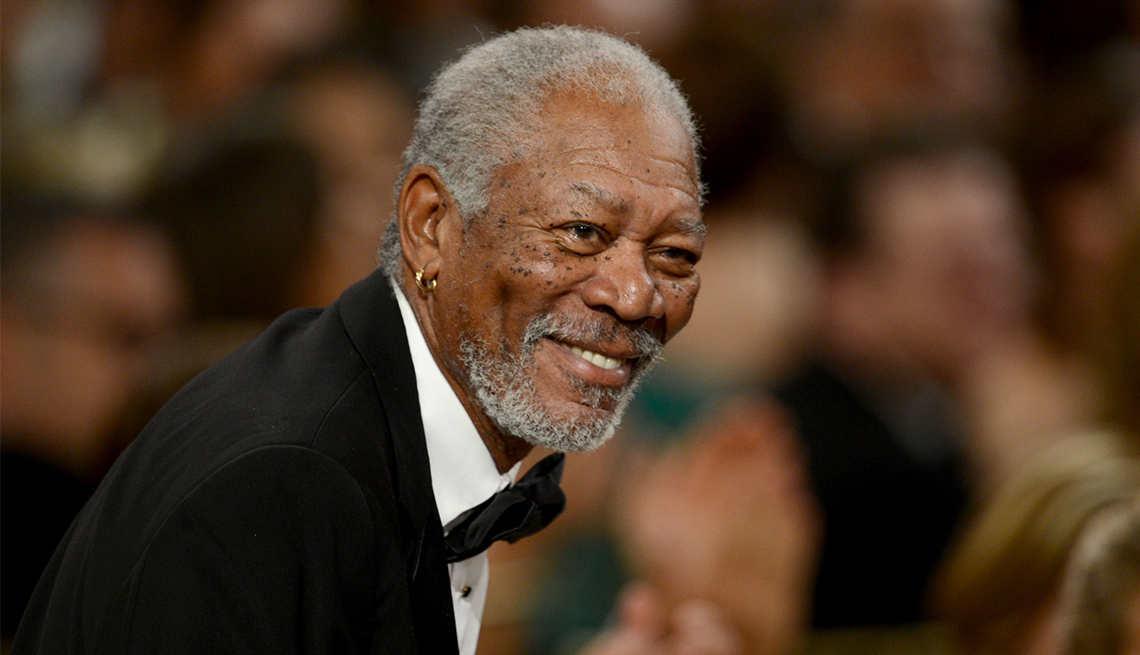 Screen legend Morgan Freeman will receive the annual Movies for Grownups Career Achievement Award in February, joining a prestigious list of Hollywood figures honored by AARP The Magazine for their lifelong commitment to films aimed at grownup audiences.

Freeman is particularly qualified for the award: In an acting career that has spanned six decades, the distinguished-looking star with the soothing voice has time and again played characters who, in the face of catastrophe and conflict, step forward as the much-needed grownup in the room.

Whether he's portraying the president of the United States (Deep Impact), a paternal prison inmate (The Shawshank Redemption) or God himself (Bruce Almighty), Freeman brings instinctive authority to every role.

This will be Freeman's third appearance at the Movies for Grownups Awards. Previously, he has served as a presenter, and last year he accepted the Best Grownup Love Story Award for 5 Flights Up, a romantic comedy costarring Diane Keaton. "At a certain point in life, if you’ve had some success, awards start to fall from the sky. But this one really means something,” Freeman says.  “I started my movie career at 50, and some of the best years happened since then. I get a lot of pats on the back — they’re all over the place — but this one’s more than fun, it’s priceless."

A five-time Oscar nominee, Freeman won the Best Supporting Actor award in 2005 for his performance as a compassionate boxing coach in the Clint Eastwood drama Million Dollar Baby.

"Morgan is a consummate artist and an actor,” says Bob Love, editor-in-chief of AARP The Magazine. “His unforgettable performances year after year disrupt the conventional wisdom about aging in Hollywood.”

The 16th Movies for Grownups Awards, featuring awards for best picture, best actor and best actress, will be presented Feb. 6 at the Beverly Wilshire Hotel in Beverly Hills, Calif. The awards were established in 2002 to celebrate and encourage films with unique appeal to mature audiences and to recognize the inspiring artists 50+ who make them. Event proceeds benefit AARP Foundation, which helps struggling people 50+ in Los Angeles and around the country transform their lives through programs, services and vigorous legal advocacy.