En español |  Melissa McCarthy fans should find everything they want in The Boss: The star plays a human steamroller with no verbal filters whose insufferable exterior conceals a soft and tender soul.

To quote Carly Simon: "Nobody does it better." 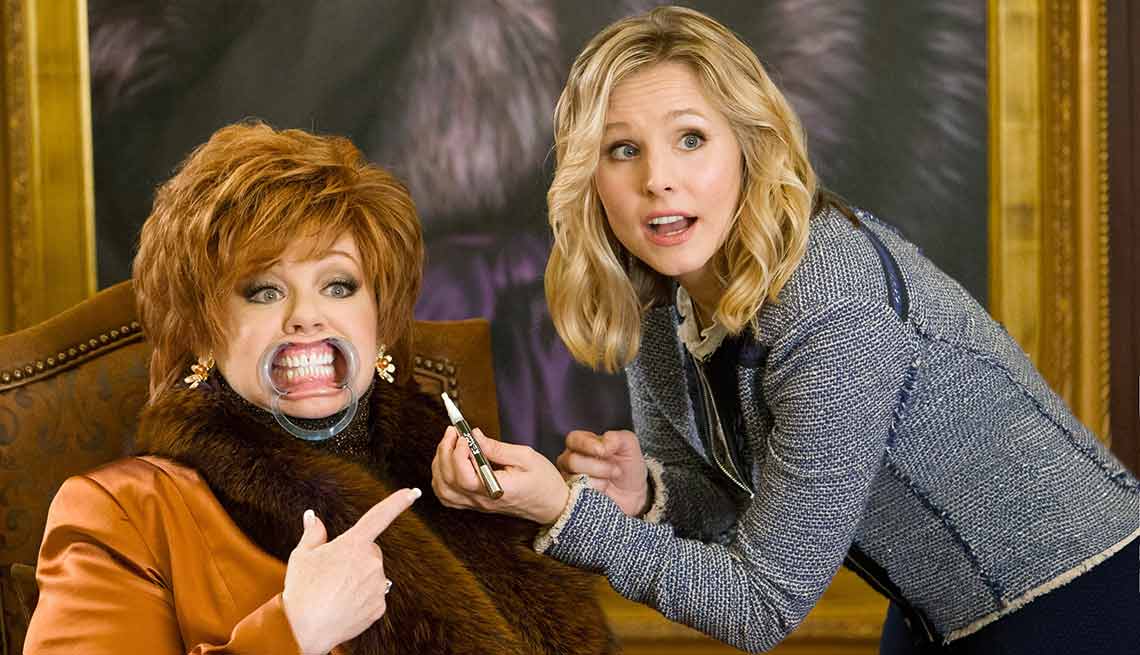 Melissa McCarthy and Kristen Bell in 'The Boss'

As always, McCarthy's explosive scenes have an improv vibe. She presses her nose against her adversaries, eyes disappearing behind that withering squint, and fires off an expletive-packed broadside that would make Tony "Scarface" Montana beg for mercy.

It would be easy to hate her characters, but McCarthy has perfected the heart-softening follow-up: the moment when someone says or does something that pierces her prickly armor, and her face melts in a portrait of hurt and vulnerability.

In many ways, McCarthy's movies recall the early — and best — films of Adam Sandler, in which he played loathsome characters who earn redemption by the final reel. And, as with Sandler, McCarthy's earlier, unregenerate version is always more fun.

The supporting cast in The Boss makes a fine mix of minions. Game of Thrones star Dinklage, for one, reminds us why he's such a consistently delightful comedic actor. Merely placing the diminutive Dinklage next to the dominating McCarthy is a punch line in itself; think Danny DeVito and Arnold Schwarzenegger in Twins, or Billy Crystal and Gheorghe Muresan in My Giant. But Dinklage also delivers an outsize performance as an over-the-top mogul, bringing much-needed energy to the film's later scenes.

In 2014's St. Vincent, playing a hard-working single mother struggling to make ends meet, McCarthy showed how deftly she can weave humor into a dramatic role. As fun as The Boss is, it would be nice to see her focus on movies with real scripts, populated by real people, tackling real life. Blending her gifts for the comic and the dramatic, McCarthy really could be the Boss.