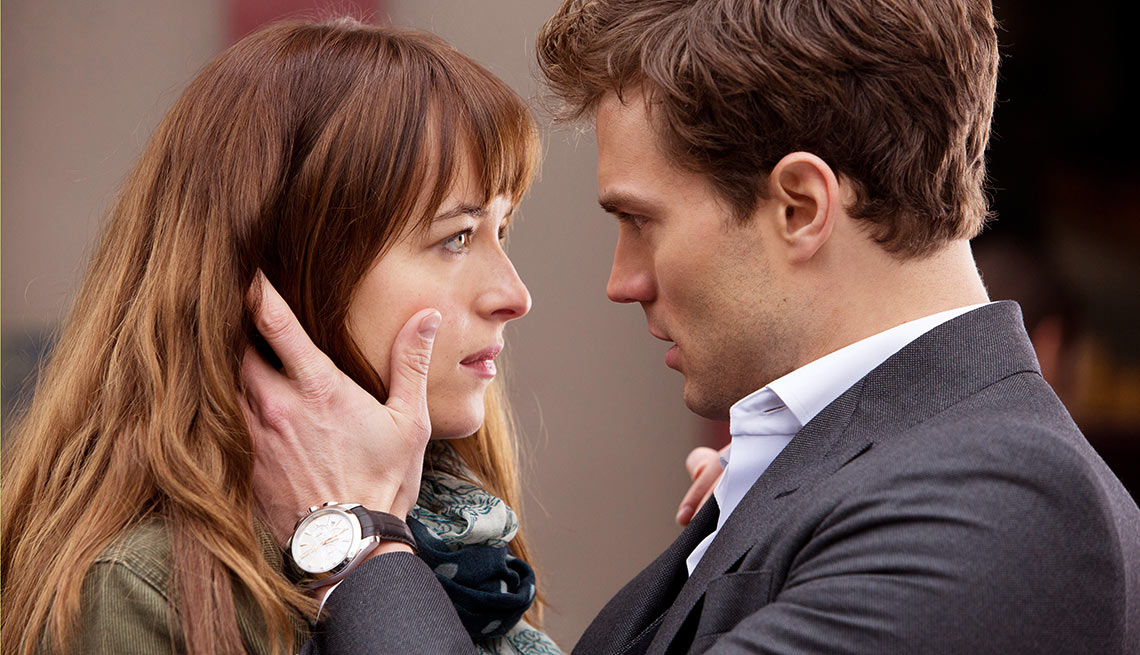 50 Shades of Grey was a worldwide publishing phenomenon. The sexy trilogy made its English author, E.L. James, a megamillionaire before 50. It also made its women readers lust for men like the title character, the "beautiful, brilliant, intimidating" Christian Grey. Regrettably for those faithful readers — and particularly for fans of the first book, on which the new film is based — there is scant satisfaction in the screen version of the bodice ripper. As I overheard one woman in the audience moan when the credits rolled: "I want my money back." (And she got into the press screening for free!)

Among the problems: Dialogue lines that seemed merely trite on the page — "I'm not the right man for you" or "I don't do romance" -— elicit gales of laughter when spoken on screen. So do scenes that clumsily foreshadow the foreplay to come. As businessman Grey (Jamie Dornan from the BBC's The Fall) buckles up virginal literature student Anastasia Steele (Dakota Johnson from The Social Network) into his sleek helicopter, for example, the camera lingers portentously on each snap and click of the restraints; then, as he cinches her seat belt tightly across her lap, the scene practically screams out "Submissiveness dead ahead!"

Really, do you want your audience laughing out loud through a movie in which two naked and pretty people have a lot of kinky sex? I don't think so.

Could this baby-faced guy (Dornan is 32) really be the industry power broker the film makes him out to be? Sorry, I'm not buying it. Or would this intelligent recent college grad decide to spend her days in thrall to a clearly damaged man? OK, maybe. But only thanks to all that money.

The fact is, all of this was easier to accept as the written word, in part because the reader's imagination fleshed out the characters, creating the energy and the spark needed to make them believable as lovers.

Dornan, so brilliantly creepy as the serial killer in The Fall, has a bright future. He's adorable here, but his Christian Grey is way too understated. Johnson (the daughter of Don Johnson and Melanie Griffith) shows great promise as well, and let's admire her courage as an actress; she gets Anastasia Steele just right. But together they lack that je ne sais quoi that makes a truly hot screen couple burn up the multiplex.

And can we talk about the finale? The movie version of 50 Shades is faithful to the trilogy's first book, which ended ambiguously, but on screen the indecision lands with a thud, creating a "WTF?" moment a lot like that final fade-out of TV's The Sopranos. It feels like a slap in the face to fans.