Everything about Inside Out is so perfectly right — from the ingenious premise to the eye-popping animation to the transcendent voice characterizations — that it's difficult to know where to start writing about it.

So how's this: At barely an hour and a half, Inside Out is way too short.

Riley (voiced by Kaitlyn Dias) is a tween girl whose family has just moved from her beloved rural Minnesota to crowded, noisy San Francisco. She's got mixed emotions about the change — as we learn from burrowing into her mind and meeting her actual emotions: perky Joy (Amy Poehler), trembling Fear (Bill Hader), eye-rolling Disgust (Mindy Kaling) and fiery Anger (Lewis Black). Bringing up the rear is short, misfit Sadness (Phyllis Smith), whom her fellow emotions consider little more than a necessary annoyance. 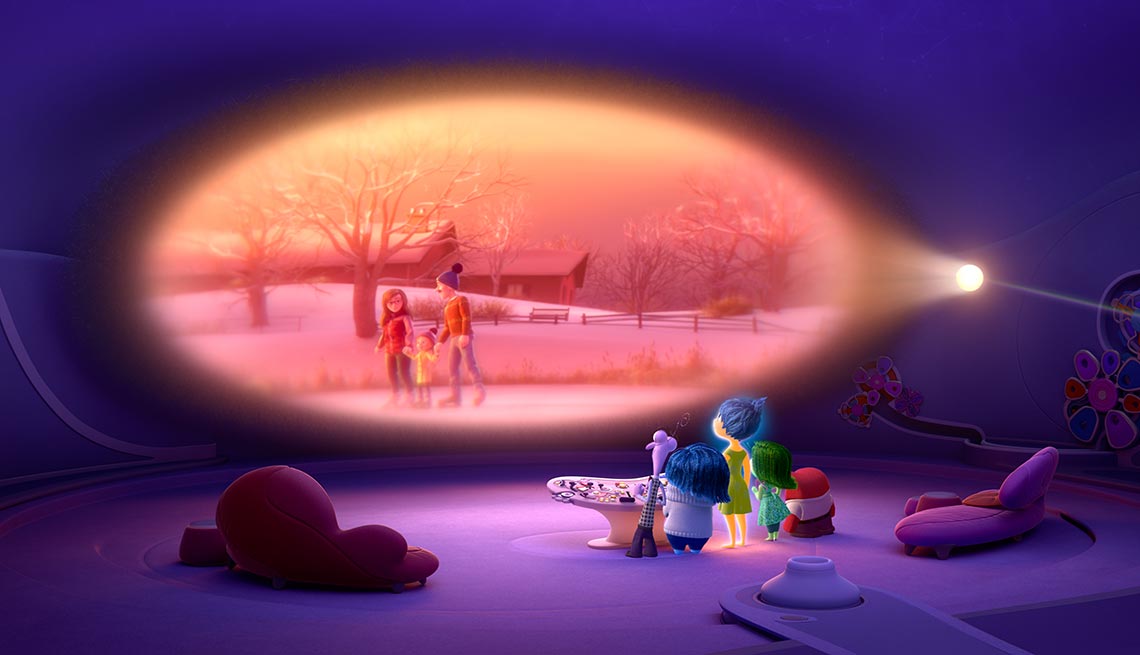 Riley's emotions spend all day at a large control board, taking turns directing her attitudes and actions. They're also in charge of filing away her memories, good and bad, and sending them (in the form of colored balls) to a sprawling storage bank — a facility that makes Google's server farm look like Old MacDonald's spread.

Of course, something soon goes terribly wrong in the Emotion Control Room. As Riley's emotions frantically strive to set things right, the poor little girl's life begins to go off the rails. At this point Inside Out starts to follow two parallel story lines: Riley's alarming descent into a kind of depression and the heroic efforts of Joy and Sadness to save her. It's a tricky piece of storytelling, and though Pixar has tackled it before (see Toy Story), never has it done so with this level of sophistication and dramatic accomplishment.

The Pixar folks consulted psychologists as they fashioned Inside Out, so I'm going to assume the mental processes depicted here have a strong grounding in science. (Not the parts about little people at work inside your brain, silly. I mean the mechanics of memory retention and emotional crisis.) Neuroscientifically robust or not, Inside Out is the rare animated film that leaves you feeling smarter at the end.

The voices in Pixar films are always superlative, and the casting this time around is especially fine-tuned. Could anyone but Poehler have infused Joy with such bubbly energy? As Sadness, Smith (The Office) conveys an endearing melancholy. And as Anger, Black — of course! — fairly flames through the celluloid with his hilarious bluster. Rage on, dude!

The smaller roles are all thoughtfully cast as well, with Diane Lane and Kyle MacLachlan playing Riley's perplexed parents and folks like Paula Poundstone, Bobby Moynihan, Frank Oz and Laraine Newman leaving their indelible voiceprints all over the place. Pixar enthusiasts will have to wait through most of the picture to recognize the voice of John Ratzenberger (Cliff Clavin from Cheers), who has graced every single one of Pixar's feature films.

In the end, Inside Out offers some disarming insights into our very human need for the full range of emotions, from delirious joy all the way to heartrending sadness. For much of the film, Riley's emotions work overtime in a bid to block the good-natured efforts of Sadness to play a central role in the girl's life. "Riley needs to be happy," declares Joy. But by the final fade-out — as Sadness finally, gingerly enters Riley's life — we come to understand the essential role of sorrow in the human experience. It's a lesson seldom told in film — and never, in my estimation, with more grace and wit than here.

Will we ever see the Oscar folks bestow a best picture statuette on an animated film? Doubtful. But they would distinguish themselves by breaking that tradition to honor the funny, wise, profoundly human Inside Out.