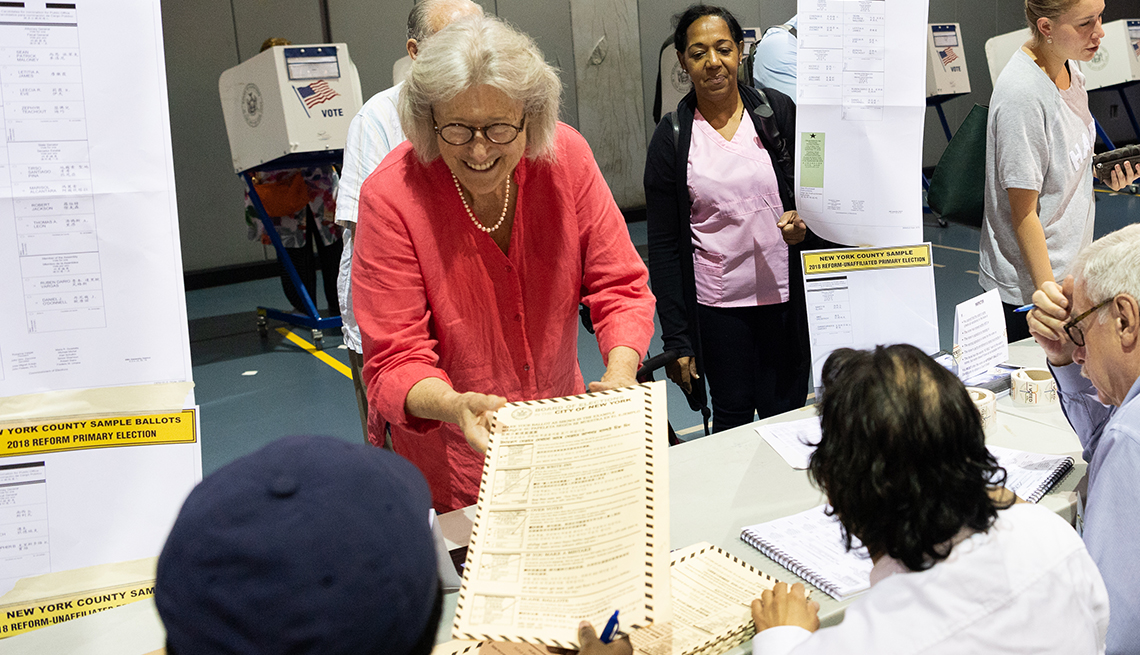 En español | The support of older female voters was a major driver in the ability of Democrats to retake control of the U.S. House of Representatives, according to the results of a new AARP poll.

According to the survey, in 39 previously Republican congressional districts that went Democratic last week, women age 50 and older favored Democrats by 12 percentage points. In those same districts, older men preferred the Republican candidates by 6 points. “Older women had a big impact on these races,” says John Hishta, AARP senior vice president of campaigns.

The survey also revealed a major shift among all older voters, who historically have favored Republican candidates. “Older voters were markedly different than they were in 2014,” the last midterm election, says Hishta. “In 2014, Republicans won the 50-plus vote by 10 points. This year, Democrats basically fought Republicans to a draw.”

The poll surveyed 2,800 voters across the country, concentrating on those in 39 Republican districts that flipped to the Democrats and 37 GOP-held seats that had been targeted by the Democrats but that Republicans won.

“Fifty-plus voters chose Donald Trump by a wide margin two years ago,” says Tony Fabrizio, who was Trump’s pollster in the 2016  presidential campaign. “This year they were instrumental in Democrats retaking the House. They have become a formidable swing-voting bloc for 2020.” The bipartisan survey was conducted by Fabrizio Ward (his firm) and the Benenson Strategy Group.

Older voters cited Social Security (83 percent), Medicare (79 percent) and health care (79 percent) as the most important factor in whom they voted for. And 64 percent said they want their elected representatives to work in a bipartisan manner, including compromising if that’s what it takes to make progress. But 64 percent of those same respondents also said they don’t expect that to happen and predicted partisan gridlock in the new Congress.

The election sent a strong message to lawmakers and to AARP about how upset Americans are about the divisions in Washington, says Nancy LeaMond, AARP executive vice president and chief advocacy and engagement officer. Indeed, an AARP poll this past summer showed that among 73 percent of older Americans, their chief concern was how divided the nation is.

Even more than any particular issue, these findings show that when “we do our work on Capitol Hill, it’s important that we find a way to talk to Republicans and Democrats,” LeaMond said Thursday at a Politico/AARP postelection event, part of the “Deciders,” series, a partnership between AARP and Politico, which was designed to show how important the 50-plus voter would be in the midterm elections.

The nationwide telephone survey was conducted from Nov. 7 to 10. The margin of error was plus or minus 3.5 percent for all voters, 3 percent for the 39 districts that went from Republican to Democratic, and 3.1 percent for the 37 seats that were competitive but remained in GOP control.