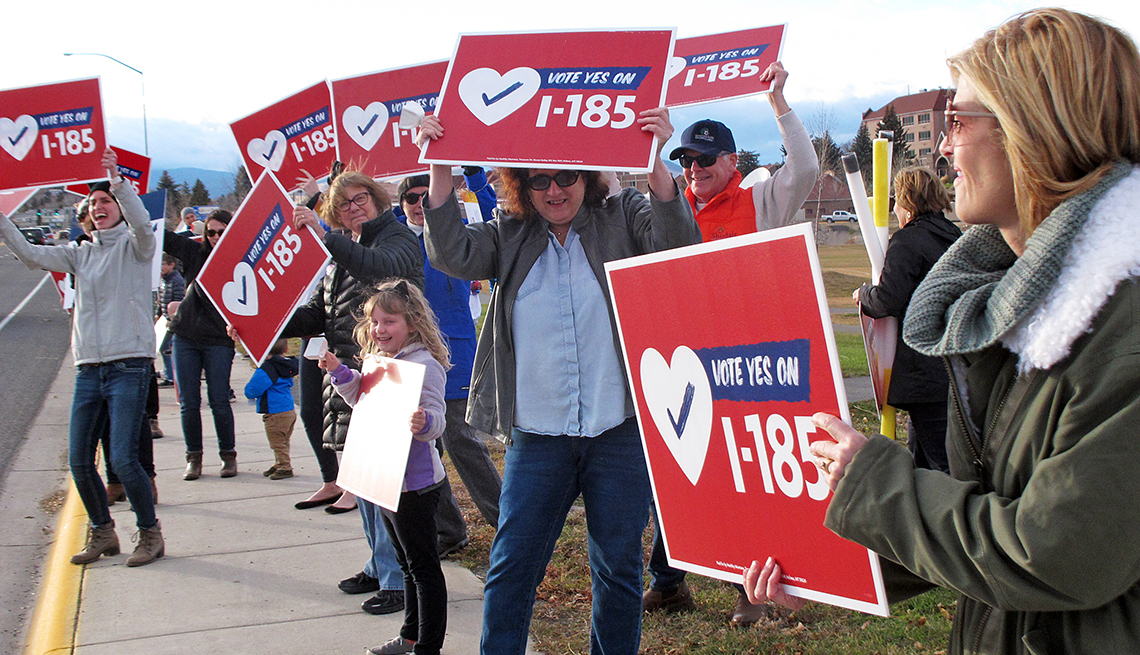 En español | Another 300,000 Americans — many of them over age 50 — will soon be eligible for Medicaid because voters in Idaho, Nebraska and Utah decided to extend the health care program for low-income people.

The passage of ballot measures in those states, brings to 37 the number of states, including the District of Columbia, that have expanded the Medicaid program since the Affordable Care Act (ACA) created the opportunity to offer more people coverage. Medicaid is funded by the federal government and states.

The success of the three ballot measures “is a recognition that Medicaid plays an important role in our society for those who are in need and that it’s an issue that has changed a great deal over the past five or six years from a political standpoint,” says John Hishta, AARP senior vice president for campaigns. “I think the voters have led the way in some of these states.”

In Montana voters rejected a measure that would have increased tobacco taxes by $2 on a pack of cigarettes and taxed other tobacco products to pay for the state’s share of Medicaid expansion, veterans’ mental health, and home- and community-based services. About 129,000 low-income residents could lose their Medicaid eligibility next year if the state Legislature fails to act.

Tuesday’s election results in three other states could have implications for their Medicaid programs, too.

In Maine, Democratic Gov.-elect Janet Mills supports expanding Medicaid. Although the state’s voters decided in 2017 to expand the program, the current governor, Republican Paul LePage, has refused to implement the expansion. During her campaign, Mills promised to follow through with the extension.

In Kansas, Gov.-elect Laura Kelly, also a Democrat, said during her campaign that she would push for legislation to expand Medicaid during her first year in office. In 2017 the Republican-controlled Kansas House of Representatives and Senate passed legislation to extend Medicaid, but Gov. Sam Brownback vetoed it. The Legislature was unable to override his veto.

And in Wisconsin, Governor-elect Tony Evers supports expanding Medicaid, which would provide coverage to at least an additional 80,000 people.