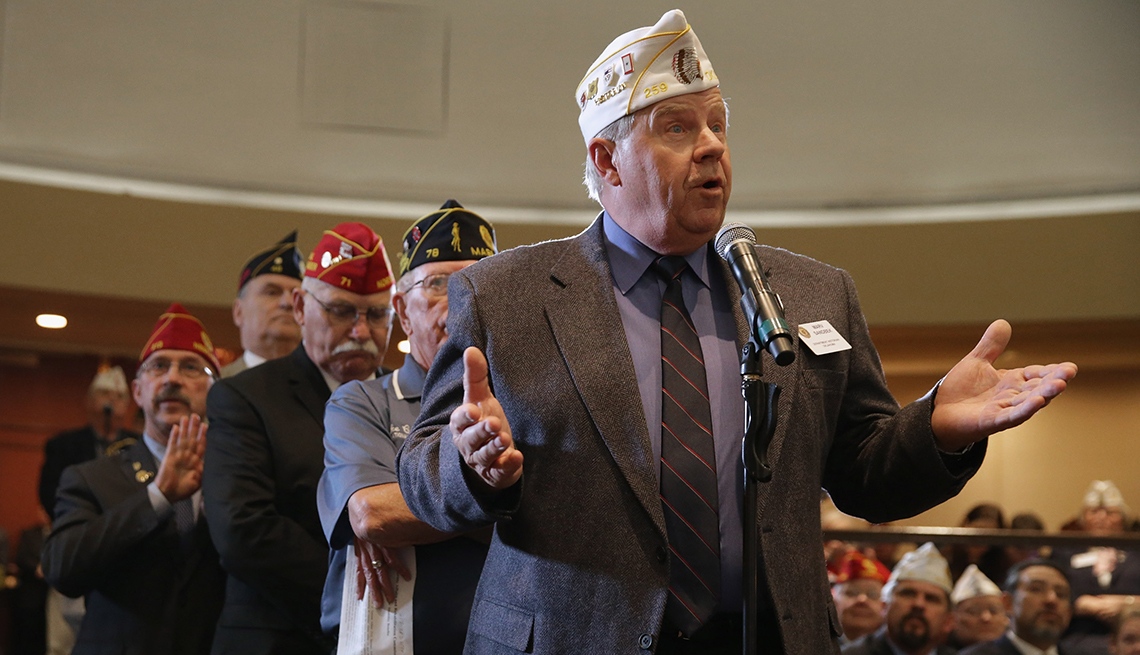 Veterans wait in line to ask questions at an American Legion event.

Arizona voters over the age of 50 are sharply critical of the job the federal government is doing in caring for the nation’s veterans, but they do not believe the U.S. Department of Veterans Affairs (VA) should be privatized, according to the results of a new Politico/AARP poll.

Sixty-two percent of age 50-plus voters say the VA is doing a bad job, 26 percent say the agency is doing a good job, and 12 percent had no opinion. At the same time, 54 percent of older Arizonans want the government to serve veterans, while only 33 percent would support privatizing those services. Arizona is one of 10 states in the United States with more than 500,000 veterans.

When asked about the specific problems plaguing Arizona veterans and active duty personnel, 77 percent of those polled said mental illness, including depression and anxiety, while 72 percent cited post-traumatic stress disorder (PTSD). That sentiment was shared by respondents from households with a veteran or active-duty military member. 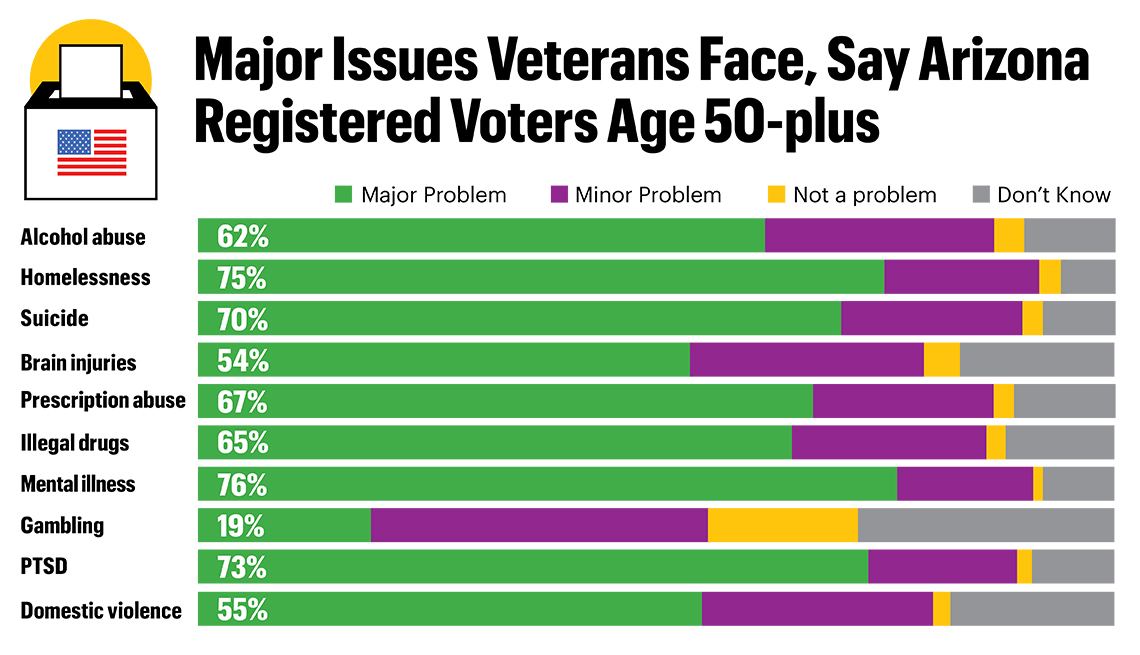 The Arizona poll is the second in a series of public opinion surveys asking voters in battleground states about their attitudes on key issues and races in the November midterm elections. AARP has partnered with Politico Magazine to illustrate how important the 50-plus voter is in determining the complexion of the U.S. Senate and House of Representatives as well as state contests across the nation.

Thirty-four percent of Arizona’s population is older than 50. Arizona respondents were also asked their opinions on a wide range of topics — from health care to caregiving to immigration, an issue closely watched by border state voters.

Social Security (78 percent) and health care (76 percent) are the top issues older Arizona voters are concerned about, results that mirror the first Politico/AARP survey of the Florida electorate. Medicare, national security and terrorism are also high priorities for older Arizonans.

When asked their views on congressional proposals to limit federal funding for Medicaid — the federal-state program that provides health care and long-term care services to low-income Americans, seniors and the disabled — 61 percent of all voters and 63 percent of 50-plus respondents oppose them. Nearly three-quarters of voters 50 and older also said that Medicare should be allowed to negotiate prescription drug prices.

“The trend lines we see are the importance of health care in the states and also how people are living in retirement,” says Tyler Sinclair, managing director of client services at Morning Consult, which conducted the survey. Sinclair says the results illustrate how Medicare, Social Security and Medicaid "are extremely popular with voters.”

The poll also revealed overwhelming support for a state income-tax credit for Arizona caregivers who have an older family member living with them, with 84 percent of all poll respondents and 87 percent of 50-plus voters favoring the benefit.

Arizona is on the front lines of the national debate over immigration, and the poll results find that it continues to be a divisive issue. While half of 50-plus voters believe immigration is a good thing for the country, 57 percent support building a wall along the U.S.-Mexico border. Yet 70 percent of older Arizonans favor a clear path to citizenship for undocumented immigrants who meet certain requirements.

More from AARP and Politico