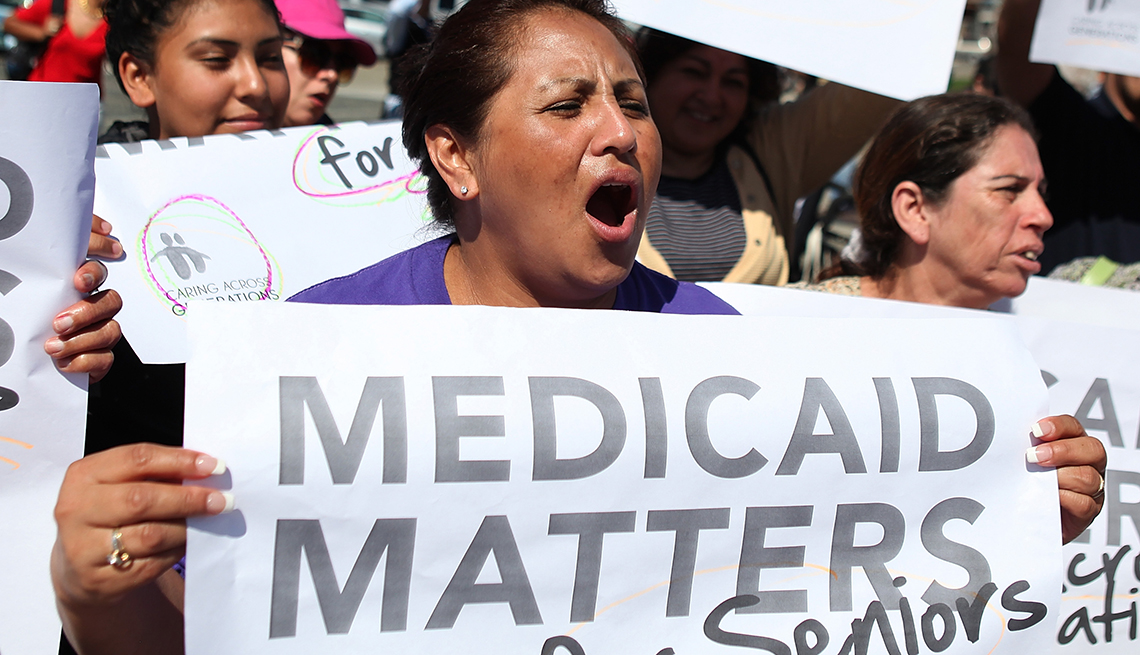 The future of Medicaid could be decided during the midterm elections.

En español | It’s not an exaggeration to say that the survival of Medicaid as it stands today will be in the hands of the state and federal officials we elect this fall.

For 53 years, Medicaid has served as a safety net for millions of people who needed assistance as their ability to care for themselves declined. In 2010, Medicaid’s health care role grew with the passage of the Affordable Care Act, which called for the expansion of health coverage to more low-income families. So far, 33 states and Washington, D.C., have expanded the program.

But Medicaid, Social Security and Medicare often are targeted for cost cutting in times of rising deficits. Medicaid is particularly vulnerable, says David Certner, AARP’s legislative policy director, “because it services populations such as low-income seniors and people with disabilities, who don’t have as strong a voice.”

Most people think of Medicare as the health program for older adults and people with disabilities, which it is. But while Medicare covers medicines, tests, doctor visits and hospital procedures, it’s Medicaid that pays to help a frail elderly person get dressed, bathe and eat — either at home or in a nursing facility.

With a rising federal deficit — due in large part to the 2017 tax cuts — and a number of states pursuing greater barriers to beneficiaries who are seeking care, it’s clear that Medicaid is facing strong headwinds in the coming years.

Seventy-four percent of Americans have a favorable view of Medicaid, according to a February tracking poll by the Kaiser Family Foundation (KFF). That may be due to Medicaid’s long reach. For example, the program covers 6 in 10 nursing home residents in America, a KFF report shows.

The federal government sets general Medicaid guidelines, but each state designs and runs its own program. In recent years there have been calls in Washington and in state legislatures to change Medicaid’s rules, usually to save money.

In just the past year, 10 states have applied to add new work requirements to their Medicaid programs, and several have gotten federal permission to do so. Several states have also asked to impose lifetime limits on Medicaid benefits, but so far these requests have not been approved. 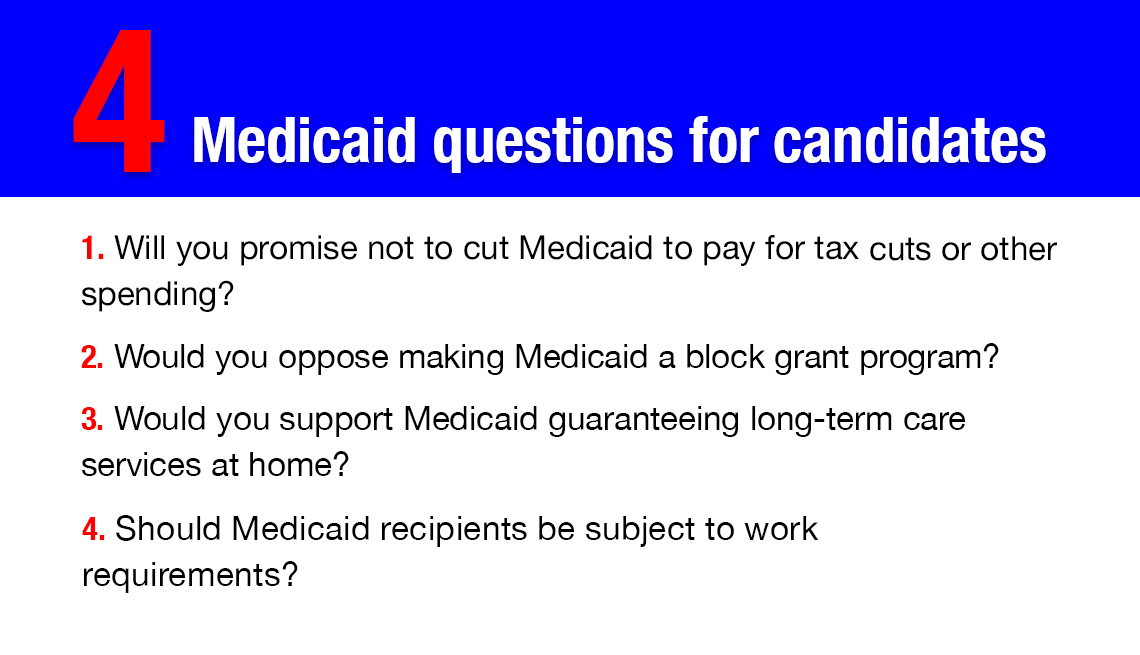 "What would lifetime limits look like for an elderly woman in a nursing home?” asks Frederick Isasi, executive director of Families USA, a health advocacy organization. “Does that mean they’ll escort her out of the building because she’s reached her lifetime limit?

“This is the first time we’re seeing an administration use their authority to create a much lower floor of coverage,” Isasi adds.

Separately, AARP has been working toward getting Medicaid to better cover long-term care services provided in a person’s home or community. Medicaid requires states to pay only for eligible participants’ nursing home care; coverage for home- and community-based services varies by state. On average, three people can be served in the community for the cost of one person in a nursing home.

"One of the reasons our voice is so important in the fight over Medicaid is the millions of seniors and people with disabilities whose long-term care is funded through the program,” says AARP’s Certner.

The most persistent federal suggestion for reforming Medicaid is to turn it into a block grant program. Right now, as long as someone qualifies for the program, he or she is entitled to all the benefits covered. Under a block grant, states would get a fixed amount of money from the federal government. If Medicaid enrollees needed more care than the block grant paid for, states would have to make up the difference — or cut benefits or scale back who is eligible.

Supporters of block grants say it would get the entitlement program under control. Opponents counter that it would lead to millions of people being left without the care they need.

Even without such changes, there’s pressure on the program. In May, Louisiana officials, facing a $550 million shortfall, sent letters to 17,000 Medicaid recipients living in nursing homes saying their benefits might be terminated, which could lead to eviction.

Ironically, efforts to downsize the program come at the same time that many states are trying to expand coverage through the Affordable Care Act. Several states (including Utah, Nebraska and Idaho) may have proposals for Medicaid expansion on their ballots this fall. Other states that haven’t expanded are still debating the question. Whoever is elected as governor or to the state legislature could well determine whether a state revisits the issue.

But even that doesn’t always work. In Maine, voters approved a Medicaid expansion referendum in 2017. But Gov. Paul LePage refused to expand the program, and now the issue is tied up in the courts.