There’s a big difference between someone who appears ten years youngerthan their age, and someone who appears as though they’re trying to look ten years younger. Nobody wants to fall into the latter category, but there’s nothing wrong with wanting a more healthy and vibrant look. We talked to some of the country’s top hair, makeup and style experts for their tips on natural, easy ways you can shave a few years off your “visual” age. 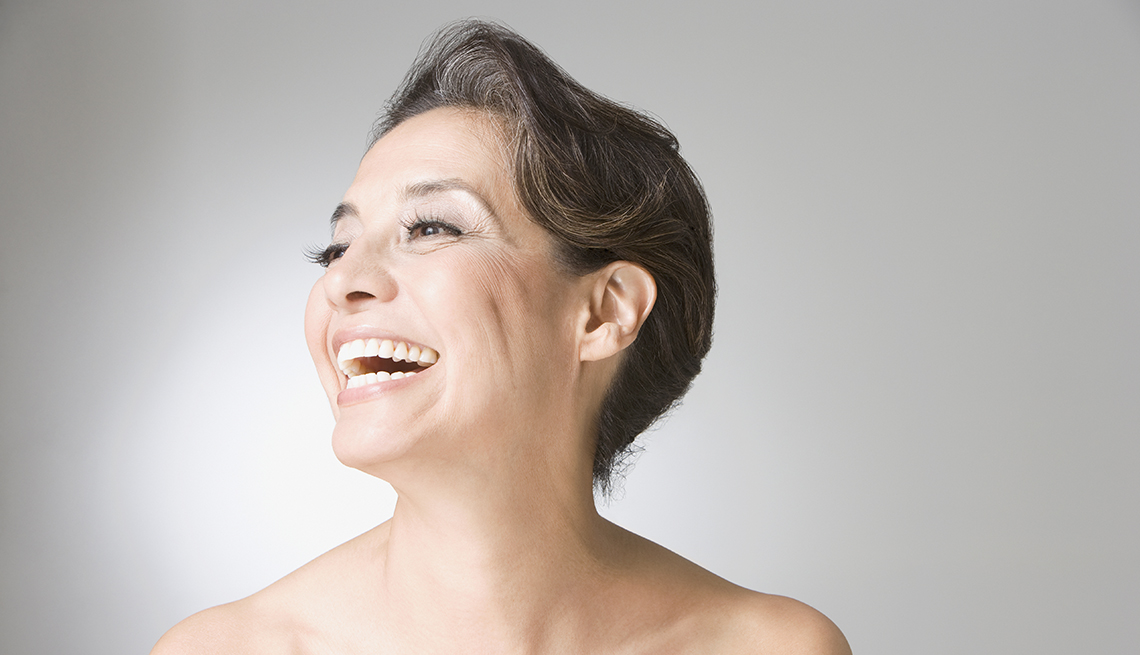 The experts all call for a shorter cut on women as they grow older. Paige Simmons, a Nashville hair and makeup artist who styles country singers such as Alison Krauss, explains that because our hair gets dryer and thinner, “the shorter lengths tend to look better. A cut thickens the hair up.” Long hair can be lovely, she adds, but you have to be willing to put some effort into maintaining it. “I have some clients who are over 60 who keep their hair below their shoulders,” she says, “but they come in every three weeks to get their roots touched up and make sure their ends and layers are nice and fresh. It’s super-healthy long hair, so it looks very becoming on them.”

Of course, says Simmons, when it comes to hair, the greatest “age reverser” is color: “People who can wear gray fall into a very small category.”

If you grew up with dark hair, you’ll probably want to go lighter than you’ve been used to. Stacy Skinner, a New York City hair and makeup artist, says, “There’s no woman who’s 55 or older who should be walking around with black hair – even if she’s Sophia Loren!” Keep the color around your face soft.

The same goes for men, says Ramy Gafni, a makeup artist in New York who has worked with celebs like Cher, Ray Romano, and Barbara Walters. “The worst you can do is go too dark,” he insists. Gafni adds that men hoping to take some years off might want to reconsider facial hair: “It’s very, very rare that someone looks younger with a beard and mustache. It’ll almost always make you look more mature.”

Most women had fuller brows when they were younger, so darkening and thickening pale, thin eyebrows can have a dramatic effect. Skinner — who has styled, among many others, the Dixie Chicks, Bon Jovi and Michael Jordan — suggests dying brows an ash-brown or another “cool” color (as opposed to a red tone). “When you first get them done, you’re going to feel like Frida Kahlo,” she warns, “but the next day you’ll love it.”

You can fill in hairless gaps with a powder, says Simmons, who often uses a medium-brown eye shadow on her clients. They’re usually surprised by the difference it makes. “They say, oh my gosh, I look awake!’” Simmons adds, “Nice eyebrows frame your face and prevent you from looking washed out.”

"Use an exfoliating scrub once a week and moisturize." — Ramy Gafni, celebrity makeup artist

Gafni is famous for his expertise with “guybrows.” For his male clients, he goes with subtle tweezing and trimming, “so they can be groomed without looking like they’ve obviously had their eyebrows done.” It’s easy to overpluck, so he suggests having them professionally shaped, then trying to maintain it yourself. Or, he says, at least have the barber trim the excess brow hair to avoid “the grandpa look.”

While you’re at it, guys, says Skinner, “get your ear and nose hair taken care of. Nothing turns women off like [hairy ears and nostrils].”

Eve Pearl, a five-time Emmy-winning makeup professional who’s known for her work on The View, uses a salmon-colored concealer for the dark under-eye area (on both male and female clients). “We’ve all been told to wear yellow under our eyes, but that’s a big no-no,” says Pearl. “When you put yellow over blue it actually emphasizes our darkness. The salmon will neutralize the blue and give you a beautiful, even tone.”

Skinner steers women toward a cream or stick foundation, which she says will blend into the skin better than a powder (our skin gets dryer with time). And lips, she adds, “lose fullness when we get older, so try to rethink the dark lipstick. It only accentuates the thinness.” Pearl, who has her own Eve Pearl makeup line, suggests mauve, or a rosy – not a hard red – color for lips, “and don’t be scared of a little bit of gloss. We want to look dewy.”

The average man isn’t going to wear makeup, but he can still improve his skin. Gafni says he often sees male clients with lines and wrinkles caused not by age, but by very dry skin. He tells them to use an exfoliating scrub once a week and moisturize, and “it will make a huge difference.”

Dawn Notaro, a New York City wardrobe stylist, bemoans the fact that older women’s clothes never seem to fit. “They tend to try to look younger by wearing their daughters’ clothes, or they wear big blousy clothes that don’t show off their body."

The best thing is to have a more tailored fit that skims the body. Add a fun accessory too. Notaro’s a big fan of scarves. “When you wear a scarf around your neck, you cannot tell your age,” she insists. Throw on a pink one, she adds, because “a pink up close to the face will bring out its natural rosiness.”

And, for women, if you like to wear jeans, choose a dark wash in a boot cut, which “will balance out the hips.” Men can go lighter if they’d like, Notaro adds, since fit is their main concern: “The waist should fall at the hips, not over the bellybutton like a grandpa or slung way low gangsta style.”

Her other advice for both men and women: “Two out of three pieces should always match. Whether it’s the top and the bottom, the top and the shoes, the shoes and the bottom. It’ll elongate and thin the line [of the body].” Men, Notaro says, can “slim and draw attention to their face by wearing v-necks instead of crew necks. Crew necks make the face look more rounded. And wear button-collared shirts as opposed to a collar spread wide John Travolta-style for the same reason -- it’ll narrow the face.”

Mix it up and have some fun, says Pearl: “Sometimes we get stuck with what we’re used to and what we’re comfortable with. Take a chance.”