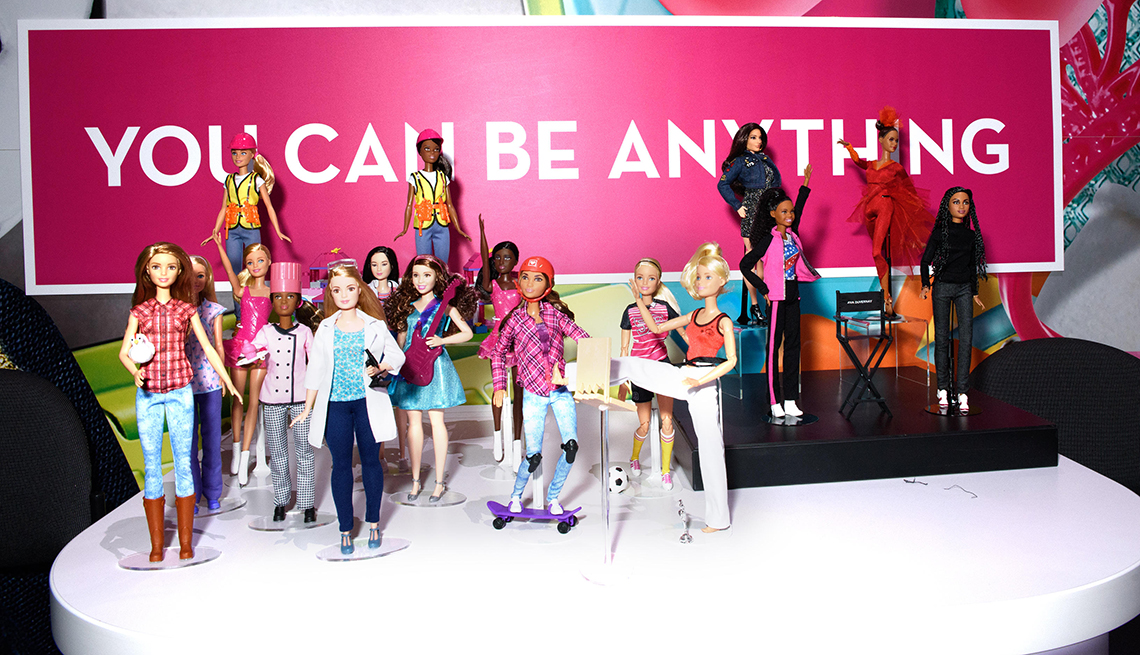 A venerable resident of millions of little girls’ bedrooms is marking a significant anniversary today.

Perhaps the world’s most recognizable doll, Barbie is turning 60. She was introduced to the world on March 9, 1959.

Barbie was the inspiration of Ruth Handler, whose husband, Elliott, and his business partner, Harold “Matt” Matson, began to manufacture picture frames out of modern plastic material in the 1940s. Their fledgling company was called Mattel, a mash-up of their first names.

In the late 1950s, Ruth Handler noticed that when her preteen daughter, Barbara, played with dolls, she imagined them as grownups. With that in mind, Handler sketched out a doll that took on the shape of a mature — but very slim — woman and named it after her daughter.

While Handler was criticized by some for creating an unrealistically thin and busty shape for the doll, she defended her work, writing in her autobiography that “my whole philosophy of Barbie was that through the doll, the little girl could be anything she wanted to be.” Through the decades, Barbie has taken on many roles, including astronaut and CEO. Along the way, other characters have been added to the Barbie universe, including boyfriend Ken (the name of Ruth Handler’s son), sister Skipper and friends representing a more diverse world, such as Christie, the first African American in the Barbie collection.

More than 1 billion Barbies have been sold throughout the world, and Mattel, the maker of a wide range of toys and games, most recently reported annual sales of $1.5 billion.