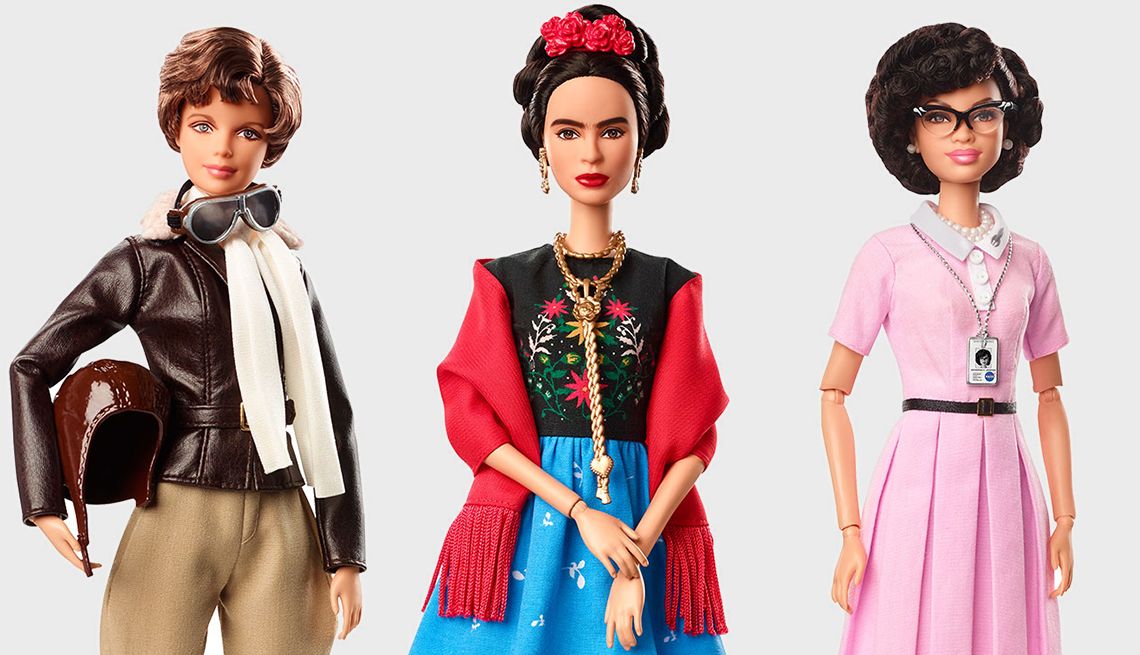 Since Barbie first landed on shelves in 1959, the doll has gone through many a transformation. There was Slumber Party Barbie, wearing pink pajamas, and Malibu Barbie, with the toothy grin. Then there was Stewardess Barbie, Nurse Barbie and Businesswoman Barbie. In 2016, there was a Barbie running for president. In 1992, a talking Barbie was introduced that said "Math is tough" and "I love shopping," among other phrases.

And now Mattel has transformed its brand again by introducing a new collection just in time for International Women's Day that features dolls made in the likeness of Amelia Earhart, Frida Kahlo and Katherine Johnson. Earhart was the first woman to fly across the Atlantic Ocean; Kahlo was a Mexican artist renowned for her feminist activism; and Johnson was the NASA mathematician highlighted in the 2016 film Hidden Figures. Johnson, 99, reportedly worked closely with Mattel to create the doll in her likeness. Each Barbie will come with information about the contributions the women made to society. Although the toy company doesn't yet have an exact date for when the dolls will go on sale, they will be mass-produced and sold in stores across the country. Also, the Barbies can be preordered.

"As a brand that inspires the limitless potential in girls, Barbie will be honoring its largest lineup of role models, timed to International Women's Day, because we know that you can't be what you can't see," Lisa McKnight, the senior vice president and general manager for the Barbie brand, said Tuesday in a press release. "Girls have always been able to play out different roles and careers with Barbie, and we are thrilled to shine a light on real-life role models to remind them they can be anything."

In addition to Earhart, Kahlo and Johnson, Mattel has announced a new "Shero" line of dolls that celebrate 14 modern-day role models. These include Yuan Yuan Tan, a Chinese ballerina, Bindi Irwin, the Australian conservationist, and Chloe Kim, a U.S. snowboarding champion who won gold at the 2018 Winter Olympics. These dolls aren't meant to be sold, although in the past, some particularly popular ones have found their way into the marketplace. Previous honorees include Ashley Graham, Ava DuVernay and Misty Copeland.

In 2017, it was Ken that received the attention. In June, Mattel gave the male doll a makeover that included new skin tones, body shapes and hairstyles.