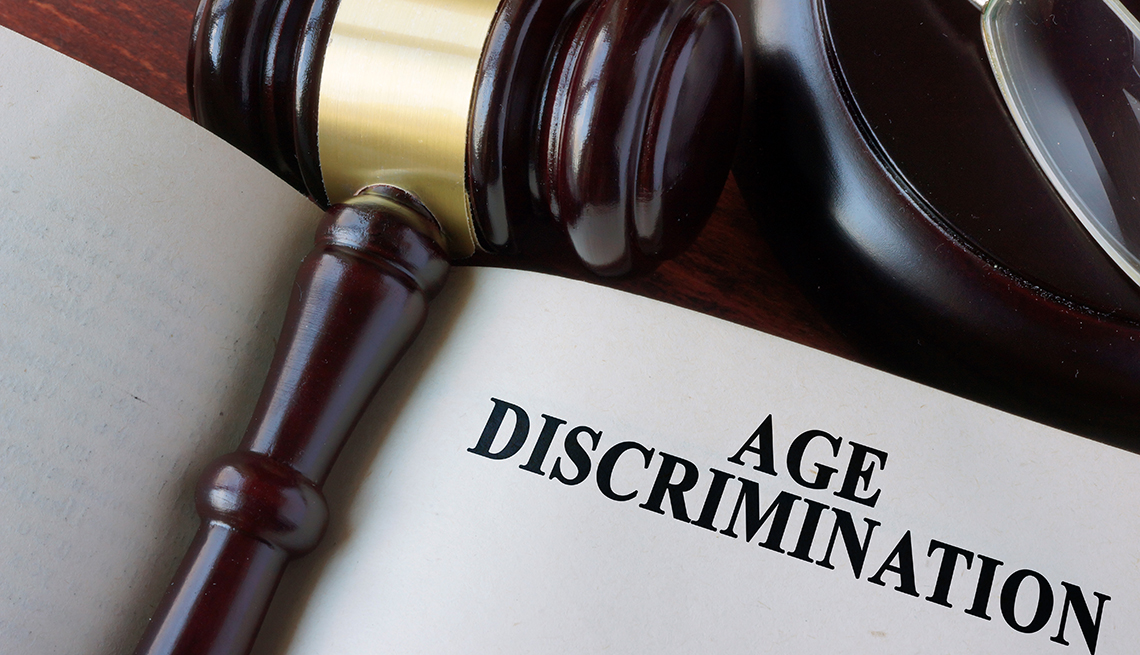 En español | For more than five decades, the Age Discrimination in Employment Act (ADEA) has helped older adults fight workplace bias. But court rulings over the past decade have weakened some of the ADEA’s protections, just as the number of older workers is hitting historic peaks. Adults 55 and older will make up 25 percent of the U.S. workforce within six years, says the U.S. Bureau of Labor Statistics, compared with just 11.9 percent of workers in 1990.

Despite their growing numbers, older workers continue to face age discrimination at stubbornly persistent rates. A recent AARP survey found that 61 percent of workers over 45 said they have seen or experienced age discrimination in the workplace, nearly identical to the level reported in a 2013 AARP survey. The number of age discrimination complaints filed with the U.S. Equal Employment Opportunity Commission (EEOC) similarly has largely stayed level: 18,376 complaints were filed in FY 2017.

In a major 2009 decision, the Supreme Court ruled that workers filing age discrimination complaints have to prove that age was the primary factor that affected the employer’s decision, not just one of several elements. The law previously had been applied like other civil rights laws: Age bias could be claimed if it was any part of the employer’s decision.

The new standard is difficult to meet, especially when some older job seekers may not know what they are missing out on. A practice known as “microtargeting” lets employers decide which people get to see their online help-wanted ads. If you don’t match the characteristics the company is looking for — you live too far away or aren’t in their preferred age range, for example — you’ll never even see that job posting. A group of older workers is suing T-Mobile, Amazon and several other companies for using Facebook to recruit job applicants in this manner.

Another ADEA weakness, AARP legal experts say, is the way it limits cash payouts. Unlike most other antidiscrimination laws, the ADEA essentially only allows people to win lost compensation, not punitive damages. Because victims are less likely to be eligible for large awards if their case succeeds, lawyers can be reluctant to take them on.

Yet another obstacle in the fight against age discrimination: People often don’t consider it to be comparable to other types of bias, such as race, sex or sexual orientation. “There is a sense that age discrimination is just not as harmful,” says Cathy Ventrell-Monsees, a senior adviser at the EEOC.

Changes to the ADEA would require action from Congress. There’s evidence that voters want legislators to step up to that task. An AARP survey of older voters showed that more than 9 out of 10 agreed that “Older Americans should be protected from age discrimination just like they are protected from discrimination on the basis of race, sex, national origin and religion.” Check to see if your candidates for Congress back that idea. Then cast your vote accordingly. 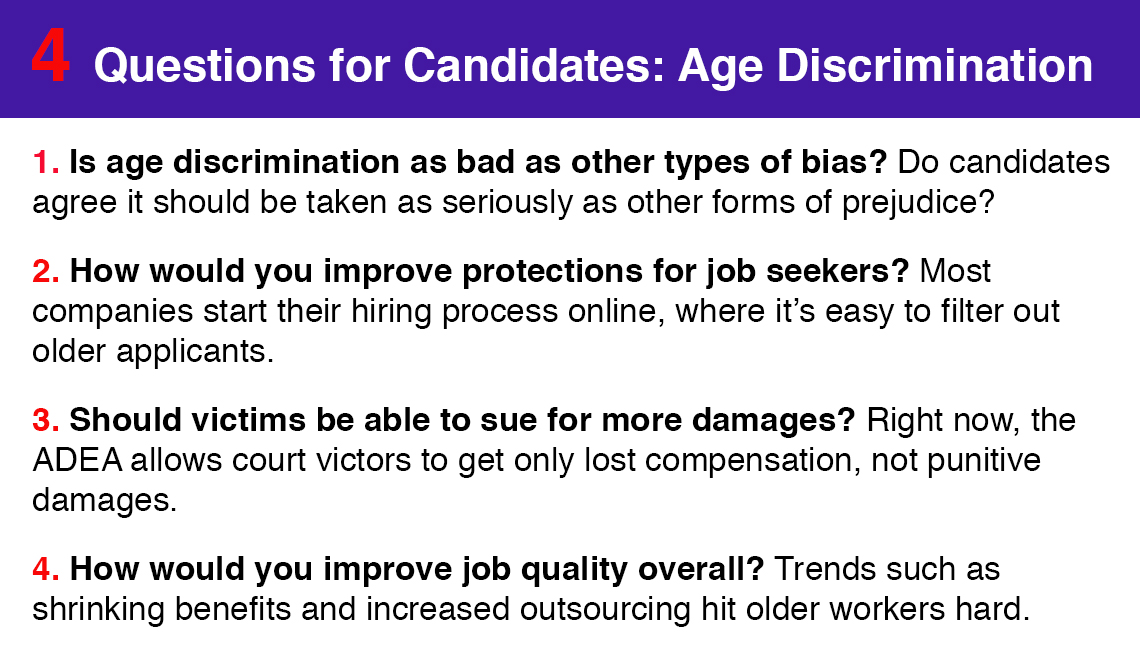