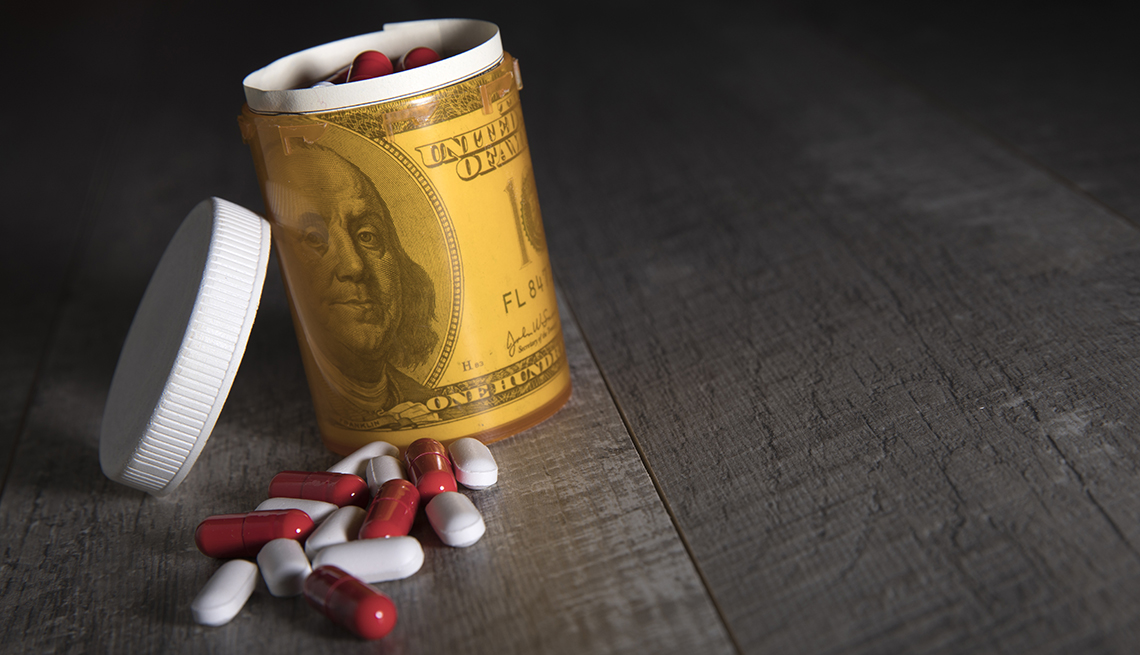 En español | As legislation to lower the runaway prices of prescription drugs moves through Congress and the Department of Health and Human Services (HHS) works on its own fixes to the problem, new data from AARP shows that retail prices of brand-name drugs have increased by more than twice the rate of inflation.

"The [health care] industry better take notice because it's serious now,” Sen. Mike Braun (R-Ind.) said Wednesday morning at an event in Washington, D.C., sponsored by AARP and Axios. “Drug pricing is the marquee item {for lawmakers} because everyone has a prescription.” Braun sits on the Senate Finance Committee that has approved a bill that would, among other things, set an out-of-pocket cap on prescription drug costs and penalize pharmaceutical companies for raising prices higher than the rate of inflation.

Sen. Ron Wyden of Oregon, the ranking Democrat on the Finance Committee, said the panel's bill would be the “first-ever hard legislative cap against price gouging of seniors on Medicare.” Wyden has said in recent town hall meetings he has held in both rural and urban Oregon that the “unifying proposition was going after pharmaceutical price gouging.”

A new AARP report released Wednesday reveals that retail prices for 267 widely used brand-name prescription drugs increased by an average of 5.8 percent in 2018. The rate of inflation that year was only 2.4 percent. The average annual cost for one brand-name medication used to treat a chronic condition was more than $7,200 in 2018 — almost four times higher than in 2006, AARP found.

"At kitchen tables across America, families are confronting the same question,” AARP Chief Advocacy and Engagement Officer Nancy LeaMond said Wednesday. “How will we pay for the medication we need and still have enough to cover the mortgage, the rent, put food on the table and pay the bills?” Since last spring, AARP has waged a Stop Rx Greed campaign to convince federal and state lawmakers to take action to lower prescription drug prices.

Secretary of Health and Human Services Alex Azar said his department continues to work on proposals to allow the importation of less expensive drugs from Canada and other countries. He said HHS also is pursuing a plan to make sure that internationally, the United States would have “most favored nation status” when it comes to the costs of physician-administered drugs under Medicare Part B, which covers doctor visits and other outpatient services. Currently, the costs of medicines in the U.S. are among the highest in the world.

Azar rejected the argument that cutting prescription drug prices would impede research and development of new medications. “I think that the argument of PhRMA we hear all the time — that if you take one penny out of drug prices or one penny out of revenue, all drug innovation is going to go away — it just proves too much,” Azar said at the event. “It means you have to support and defend the status quo, and the status quo is unacceptable."

In the House of Representatives, HR 3, the Elijah E. Cummings Lower Drug Costs Now Act of 2019, would require the HHS to negotiate prescription drug prices. Rep. Jan Schakowsky (D-Ill.) predicted HR 3 will pass the House, and that if the legislation gets to President Trump's desk he would sign it.

Wyden said the next few months will be pivotal in whether a prescription drug bill passes. “This is the test of whether the United States Congress is going to be for the patient, the senior, the consumer ... or are they going to be for big PhRMA,” Wyden said.