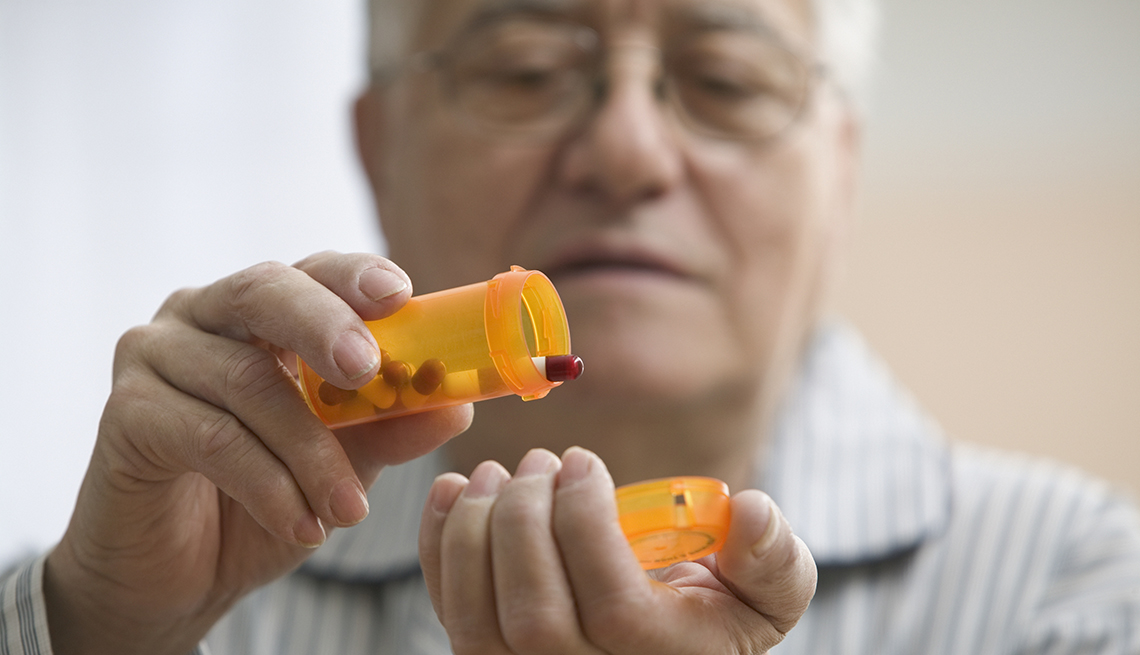 En español | The skyrocketing cost of prescription drugs is leading more and more Americans to ignore their doctors’ orders when it comes to how often and how much of their medicines they should be taking, according to a new analysis released Wednesday by AARP.

On average, 28 percent of pre-Medicare-age adults say they aren't adhering to their prescriptions as written because of the high cost of the medications. Instead, consumers are asking their doctors for a cheaper drug, delaying refilling their prescriptions, taking less than the prescribed dosage, skipping doses, using alternatives to prescription medicines or going outside the country to buy their drugs.

AARP released a state-by-state breakdown of these findings as well as a look at how many people in each state have been diagnosed with some of the most common ailments and how the medicines widely used to treat those maladies have escalated in price. The data was released in conjunction with a conference in Chicago that AARP is cosponsoring with the National Academy of State Health Policy, which is examining what states can do to lower the cost of prescription drugs.

In Mississippi, 41 percent of 19- to 64-year-olds reported not taking their medications as prescribed. The states with the next highest percentages of people not adhering to doctors’ orders are Indiana (38 percent), Texas and Utah (36 percent) and Missouri and Alabama (35 percent). The data for this analysis comes from a 2016 National Center for Health Statistics survey and was analyzed for AARP by the Census Research Data Center at the University of Minnesota.

Locations with the lowest rates of noncompliance for prescription drug use include Massachusetts (16 percent), New York and Vermont (18 percent) and Montana and the District of Columbia (19 percent).

"That there is a relatively high percentage of the population not taking their medicines is a sign that this is a pervasive issue,” said Leigh Purvis, AARP's director of health services research. Purvis said the data also indicates that “there is a clear link between people being inadherent and higher health care costs down the road.” It's a lot less expensive to take medicine, she said, “than going in for heart surgery or having a heart attack 10 years down the road."

The data shows that nationally in 2017, nearly 11 percent of Americans over age 18 were diagnosed with diabetes and nearly 13 percent with prediabetes. The annual price of the Lantus SoloStar insulin pen, commonly used to treat both conditions, went from $2,907 in 2012 to $4,703 in 2017 — a 62 percent increase.

“Prescription drugs are taking up an increasing share of health care costs,” Purvis said. Even if patients have insurance that helps pay for their prescriptions, all Americans are going to share in the higher drug costs in the form of higher premiums for private health insurance or higher taxes to fund public health plans. “The costs are going to come back to you in some form,” she said. “That's why it's important to look at the overall price of the product."