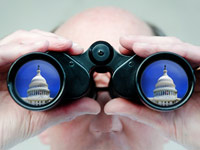 L: On December 7, 2018 AARP and the Certified Financial Planner Board of Standards, Inc. (CFP) sent a joint letter to the U.S. Securities and Exchange Commission Chairman, Jay Clayton, delivering the results of a second round of recent usability testing of the proposed Customer Relationship Summary (CRS) form.  In this letter, the organizations indicated that the results of this round of testing, much like the first round of testing, clearly indicate the need for the Commission to rethink, revise, and retest the content, language, and format of the CRS form, as well as its underlying policy.  (PDF) (Report)

L: On September 27, 2018 AARP sent a letter to U.S. House of Representatives Speaker Paul Ryan and Leader Nancy Pelosi expressing views on the Protecting Family and Small Business Tax Cuts Act of 2018 (H.R. 6760).  AARP remains committed and prepared to support legislation that makes the tax code more equitable and efficient, promotes growth, and produces sufficient revenue to pay for critical national programs, including Medicare and Medicaid. While AARP appreciates that H.R. 6760 extends tax relief for individuals who benefit from the medical expense deduction, AARP has grave concerns about H.R. 6760. (PDF)

L: On September 11, 2018, AARP, the Financial Planning Coalition, and the Consumer Federation of America sent a group letter to Chairman Jay Clayton of the U.S. Securities and Exchange Commission to deliver the results of recent independent usability testing of the proposed Customer Relationship Summary (CRS). All three organizations believe the results of this testing clearly indicate the need for the Commission to revise and retest the content, language, and format of the CRS. (PDF) (Research)

C: On August 7, 2018, AARP submitted comments to Chairman Jay Clayton of the U.S. Securities and Exchange Commission (SEC) concerning a proposed interpretation regarding the standard of conduct for investment advisers.  (PDF)

L: On June 21, 2018, AARP sent a letter to Chairman Womack and Ranking Member Yarmuth of the U.S. House of Representatives, Committee on the Budget concerning the House Concurrent Resolution on the Budget for Fiscal Year 2019.  In the letter, AARP urged the Budget Committee to reject the large mandatory cuts the Committee is considering that would have a devastating impact on programs important to older Americans. (PDF)

S: On June 14, 2018 David Certner provided a statement and testimony on behalf of AARP at a public meeting in Atlanta, Georgia by the Securities and Exchange Commission’s Investor Advisory Committee on its proposed Client Relationship Summary disclosure form.  The testimony provides comments concerning the proposed disclosure forms to be used by financial professionals who provide investment advice to their customers.  The proposed forms describe the relationship between an investor (customer or “saver”) and their financial professional (broker or investment advisor) so that the investor has a clearer understanding of that relationship.  AARP believes that all financial professionals should act in the best interest of the savers they are serving -- they should put the client’s best interest first, and ahead of their own interest.  AARP applauds the Commission’s intent in proposing a relationship summary that seeks to “fill the gaps” between investor expectations and legal requirements; however, AARP encourages the SEC to make a number of improvements to the disclosure that will ensure that savers are truly empowered to make informed decisions about their investments. (PDF)

C: On May 3, 2018 AARP sent a letter to the National Association of Insurance Commissioners (NAIC) responding to NAIC’s request for comments on its proposed “Suitability and Best Interest Standard of Conduct in Annuity Transactions Model Regulation.”  (PDF)

L: On April 9, 2018 AARP expressed views to the U.S. Congress on the balanced budget amendment to the U.S. Constitution.  In the letter, AARP indicated that a balanced budget amendment would likely harm Social Security and Medicare, subjecting both programs to potentially deep cuts without regard to the impact on the health and financial security of individuals. It would also likely diminish the resources available for programs assisting Americans who are least able to provide for themselves – services such as meals or heating for those who are too poor or physically unable to take care of their basic needs without some support. (PDF)

L: On February 6, 2018 AARP sent a letter of opposition to the “ADA Education and Reform Act of 2017” (H.R. 620) to House Speaker Paul Ryan and Democratic Leader Nancy Pelosi.  This bill would weaken protections under the Americans with Disabilities Act
(ADA) that help guarantee access to public accommodations for persons with disabilities, including 16 million Americans age 65 and older who have one or more disabilities. AARP urged House leadership to vote no on H.R. 620. (PDF)

L: On February 8, 2018 AARP sent a letter to the entire U.S. Senate expressing views on current the budget deal and continuing resolution.  In the letter we expressed support for a number of issues, including the full repeal of Medicare’s arbitrary limit on physical therapy, speech-language pathology, and occupational therapy services. We expressed our support for the bicameral, bipartisan policy included in the budget deal that would replace the temporary exceptions process with a permanent fix that ensures care is delivered to vulnerable patients, protects beneficiaries from high out-of-pocket costs, and safeguards the long-term viability of the Medicare program. (PDF)