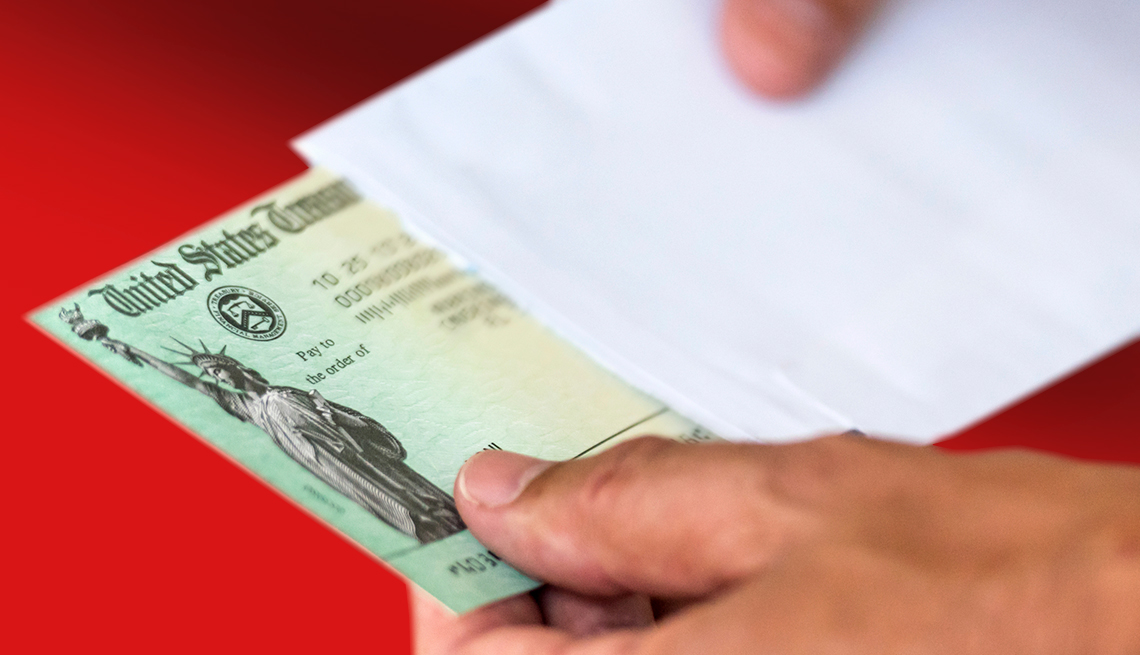 Identify thieves might be sending you false information through the mail.

Ruth Eckenstein was surprised to get the letter from the Social Security Administration (SSA), given that she wasn’t receiving her benefits yet. But when the Oklahoma City resident opened that envelope in December, her surprise turned into the worst kind of shock.

Identity thieves pretending to be Eckenstein had accessed her Social Security account and were about to receive a check for her back benefits of $11,665. The check was so large because it was the total amount Eckenstein, 66, would have received by then if she had started claiming benefits when she turned 65.

“Luckily, I opened it up and read it, otherwise I wouldn’t have known about it,” Eckenstein says. “I felt really vulnerable.”

After hours of discussion with SSA employees, Eckenstein was able to convince the agency to stop payment on the check. But the incident reveals a frightening type of fraud endangering the retirement income that millions count on. Depending on when you enroll to claim benefits, the theft could go on for years before you discover it.

It was through her My Social Security account online that Eckenstein was able to confirm that someone was trying to claim benefits in her name. Even though she wasn’t yet receiving benefits, Eckenstein already had set up her online account. She did so following the advice of the SSA, which for years has urged everyone over the age of 18 to open accounts to help prevent con artists from opening an account in your name and claiming your benefits.

But as Eckenstein can attest, it’s not foolproof.

“Getting an account and checking it often is a good idea; it just doesn’t necessarily stop fraudsters from trying to commit fraud in your name,” says Brian Krebs, a cybersecurity expert who runs Krebs on Security, based in northern Virginia.

After receiving the notice, Eckenstein logged on to her My Social Security account and confirmed that a payment of $11,665 was scheduled to be paid via debit card. Fraudsters like to use debit cards because the money loaded onto them can be spent almost as easily as cash and leaves little of a meaningful paper trail.

It turns out the identity thieves had enrolled by phone for Eckenstein’s benefits. They also changed the phone number on her account to a Miami area code. Luckily, her mailing address was still correct.

Eckenstein also discovered that the identity thieves had attempted to apply for disability benefits in her name. After months of multiple meetings with the SSA, Eckenstein says she has managed to resolve the issues related to the account takeover.

Experts advise Americans age 18-plus to check their accounts once a month for suspicious activity. Incidents can be reported to the SSA’s Office of the Inspector General (800-269-0271) or a local SSA field office.

AARP’s Fraud Watch Network has more information about how you can avoid falling victim to identity theft and other scams.