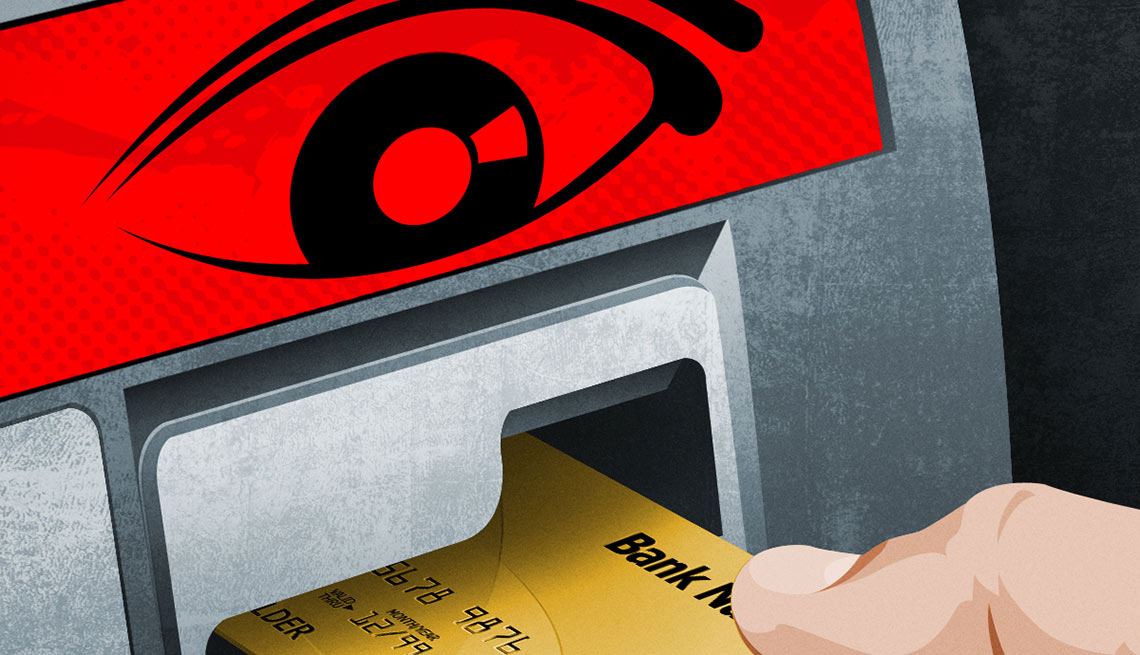 Don't fall victim to ATM skimmers scheming to steal your personal information - and your money.

Fraud at automated teller machines has reached an all-time high. Helping to drive the surge: Crooks have turned their attention to ATMs now that security at retail stores is being bolstered by chip-enabled credit and debit cards, which are hard to counterfeit.

The FICO Card Alert Service, which monitors about 3 of every 5 debit cards used in the U.S., reports that the number of ATMs compromised by criminals rose more than 500 percent last year over 2014.

The rise is being propelled by "the proliferation and sophistication of inexpensive skimming technology," FICO official T.J. Horan tells Scam Alert. The crooks take an average $650 from each person skimmed, according to the ATM Industry Association. The law limits your liability—but only if you report the crime quickly.

Never heard of skimming? It's a con in which criminals install illegal card-reading devices on ATMs, as well as gas pumps and other public-area machines that process debit cards. You put your card in, and the device "skims" your information from the card's magnetic strip. A nearby hidden camera records the PIN that you enter. The criminals then make duplicate cards to drain cash from your accounts, or they sell your card number and PIN on the black market. And they're always upgrading their technology.

Stealthier and more advanced skimmers include "shimmers," which wedge inside ATM slots to read data from chip-enabled cards. Bluetooth capabilities aid transmission of stolen data to the bad guys. "Criminals are moving faster to make it harder for banks to react and shut down the compromises," Horan says.

The crooks also exploit the fact that cards with secure computer chips still have vulnerable magnetic strips. And updating ATMs with new readers like those at retail stores (in which payment cards are inserted rather than swiped) is time-consuming and expensive. "Most domestic ATMs still require, or at least accept, cards with magnetic strips, and this allows fraudsters to counterfeit cards at ATM locations," Horan adds.

Your defense against skimming