How (and Why) to Check the Speed of Your Internet Connection

If you’re paying for fast Wi-Fi, make sure you’re getting it inside your home 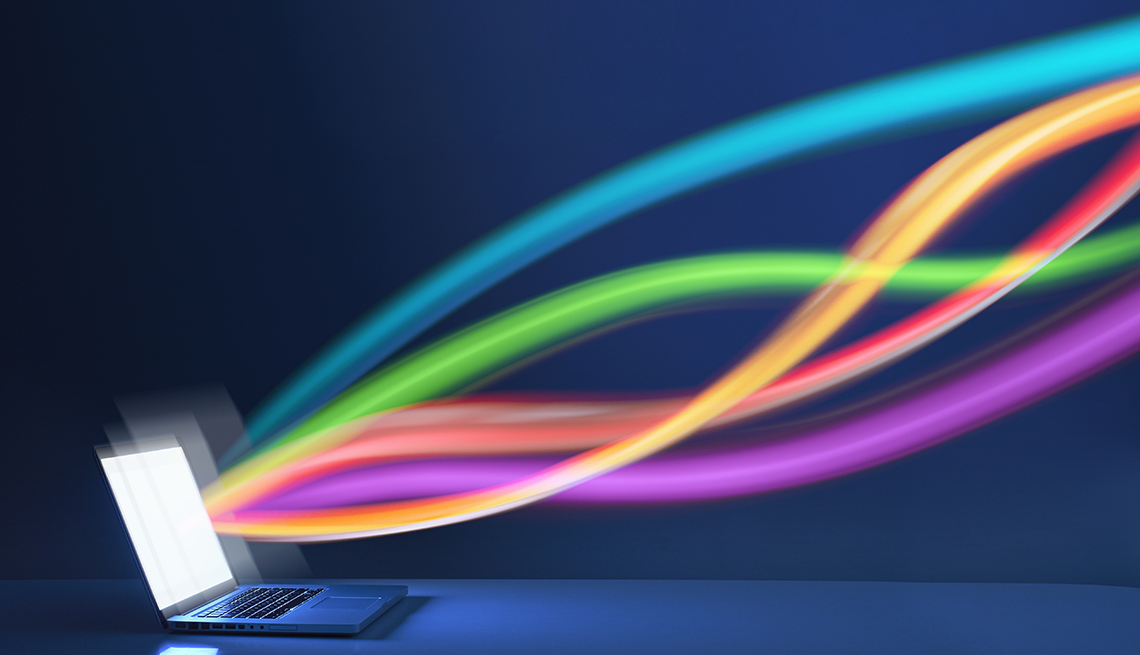 You may be shelling out big bucks to your internet service provider (ISP) but not getting anywhere near the speeds you’re paying for.

You probably count on fast internet for virtually everything these days, from bargain shopping and online banking to following the news, streaming movies, videoconferencing and working from home. In 2016, long before the pandemic made high-speed internet access a necessity to stay connected, the United Nations declared unfettered internet access a basic human right.

Are you getting what you paid for?

The only way to know for sure is to use speed-test websites that instantly analyze your connection, then follow up with ways to optimize the wireless coverage throughout your home.

“It is important to know what internet speeds you’re actually getting, not just to ensure that you’re getting what you paid for, but also to be able to fix any bottlenecks between the network router and your phone, laptop, TV and other connected devices,” says Avi Greengart, president and lead analyst at Techsponential. The northern New Jersey firm offers research and advisory services to technology companies and retailers.

You also want to ensure that your internet connection can support multiple devices because you likely have several on your wireless network, he says. And make sure it can handle smooth video calling.

Ten or 15 years ago, you may have started out with your laptop or tablet connected to Wi-Fi. But now you’ve probably unwittingly slipped in a side door to smart home technology as your smart garage door opener, light bulb or plug, robot vacuum, speaker and thermostat compete with a smartphone or two, a smart TV and a video doorbell that you added soon after your computer.

Are you paying for more than you need?

“The FCC says 25 megabits per second [Mbps] is all you need for it to be ‘broadband,’ but I’d argue 100 Mbps downloads is the way to go and quadruple that for a family,” says Eric Griffith, features editor at PCMag.com.

Know that more speed-intensive applications, such as 4K video streaming and online multiplayer gaming, require considerably more bandwidth than reading email or browsing the web. But you may be paying for more than you need if you’re buying an expensive tier of service from a cable provider and don’t have other companies vying for your business, Griffith says.

“The savings comes when people live in an area with multiple broadband ISPs” to make prices competitive, he says. Seventeen states restrict municipalities from offering their own broadband, like Chattanooga, Tennessee, did in 2010 via the city-owned Electric Power Board of Chattanooga, making it the first city in the U.S. to build a gigabit fiber network for its homes and businesses.

How to conduct a speed test

Several free speed tests are available to help you assess whether you’re receiving the internet speeds your service provider promised, Griffith says. Many have a large Start or Go button to click on, and a test shouldn’t last more than a few seconds.

Among the most popular and reputable ones are:

Results can vary among testing sites. For example, download test results on one laptop in suburban Washington were as low as 59.6 megabits per second (Mbps) and as high as 520 Mbps using each test within a 5-minute span. Upload speeds ranged from 2.4 to 380 Mbps. The range is the result of many factors.

A speed test tells you:

Download speed. Activities such as watching YouTube or browsing the web rely on fast download speeds, generally measured in megabits per second but sometimes in gigabits — 1,000 megabits — per second.

Latency. Calculated in milliseconds (ms), this measurement, also called ping time, is the amount of time a signal takes to travel to and from the speed test’s server. A lower latency means your connection is more responsive.

Get the official word. Before you start, look at your bill or internet account to see the download and upload speeds you’re paying for.

Add a wire. To get the most accurate results, pull out an Ethernet cable and plug your computer directly into your broadband provider’s router or modem before running a speed test, Greengart says. An Ethernet cable looks a bit like the telephone cord used to plug a landline phone into a wall jack but has bigger plastic connectors.

Performing the test over Wi-Fi could be slower than your true internet speed, especially if you have an older router, he says. For consistency, use the same test with multiple devices in the same general location.

“Compare that number to what your broadband provider says you should be getting and to what your other devices in the home are seeing,” Greengart says. If you have vast differences among devices, the problem might be with the device and not your internet.

Take it slow. Perform a few tests throughout a day. Depending on the type of internet you have, you might find hours when your speeds are not as fast because of usage elsewhere in your neighborhood. If you have cable, don’t test at night when everyone is at home watching TV.

Look locally. Popular speed tests should have servers in your general area. If not, results, especially ping times, may be affected.

The sites mentioned above are similar and comparable, so it doesn’t matter which one you use. But consider a speed test that your internet service provider doesn’t manage to ensure the data is unbiased.

Walk around the house. See who’s using your internet connection and what they’re doing. Running software for work, such as a virtual private network, can slow your machine down, Griffith says. Your smart speaker that’s playing music while you test also will affect overall speeds.

What kind of internet do you have?

Dial-up. The slowest gateway to the internet was many homes’ original connection over the same copper landlines they used for telephone service. About 0.2 percent of U.S. households were still using dial-up alone in 2019, according to the Census Bureau.

Digital subscriber line (DSL). This became the next generation of internet access from phone companies. It uses phone lines but provides faster speeds and allows simultaneous use of the phone.

Satellite. This type of wireless broadband, beamed back and forth from satellites orbiting the earth, is often the only alternative in more rural areas. About 6.5 percent of U.S. households were using it in 2019.

Cable modem. Cable-television companies use their coaxial cable wires to provide internet through the same lines that supply your cable TV, and you can use both at once.

Fixed wireless internet. A Wi-Fi hot spot relies on the same technology, but this option uses 4G LTE or 5G cellphone towers to provide cellular internet at one address.

Fiber optic. Thin glass or plastic fibers bundled together in a cable use laser light to move packets of data and provide the fastest internet speeds at present.

Look at upgrading your router

If you’re paying for top-tier speeds, make sure you’re on the latest router, Griffith and Greengart say. The Wi-Fi 6 standard, which you might see listed as 802.11ax, allows you to have more people and devices on your home network without slowing it down.

“Investing in a new Wi-Fi router that uses the latest Wi-Fi 6 or 6E standard can make sense if you have laptops and smartphones that can take full advantage of it,” Greengart says.

Wi-Fi systems need a router to transmit information from the internet to your devices and a modem to provide that internet access. Some providers have both in one piece of equipment.

If you had only one device, you could use your Ethernet cable to hook it to the internet without a router. But the convenience of a router, allowing you to have internet wherever the router’s radio signal reaches, is what makes Wi-Fi possible. If you have a larger or older home, perhaps with concrete walls, investing in a mesh router system can help broaden the range of Wi-Fi to the entire home.

Slow device? Try these cures before heading for repairs

Six Reasons You Should Invest in a Surge Protector