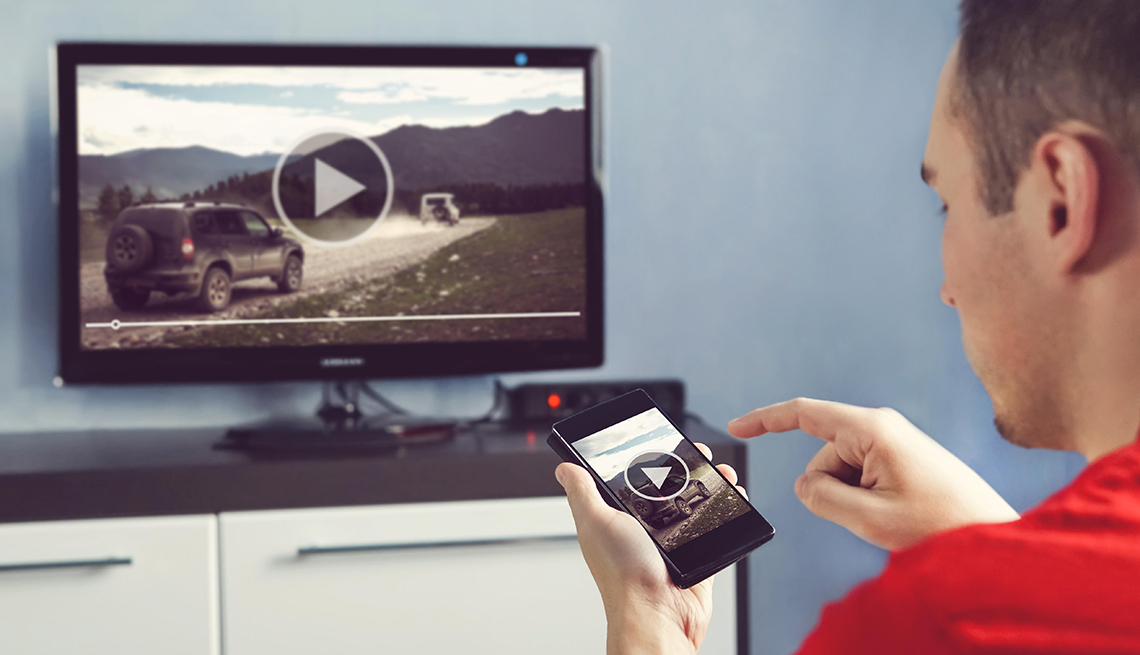 En español | As we're adjusting to mandatory isolation during the coronavirus pandemic — and heavily relying on the internet for communication, entertainment and productivity — it's reasonable to expect a bit of a transition as we settle in.

This is especially true for those who might not have been exposed to as much technology as they are now.

Perhaps you'd never been on a group video call until Easter dinner. Maybe you've never played an online card game with friends in another city. You're not alone if you're exercising in a virtual fitness class for the first time.

You get the idea.

And since you have this big-screen television you've invested in, why should you squint to see video on a smaller laptop, smartphone or tablet? You don't need to.

Whether you want to participate in Facebook watch parties like AARP's Movies for Grownups Movie Night or Netflix Party to chat and watch Netflix shows, make YouTube videos bigger, or see everyone more clearly during a Zoom video call, you have a few ways to see web videos on your flat-screen TV — and none is very difficult to pull off. 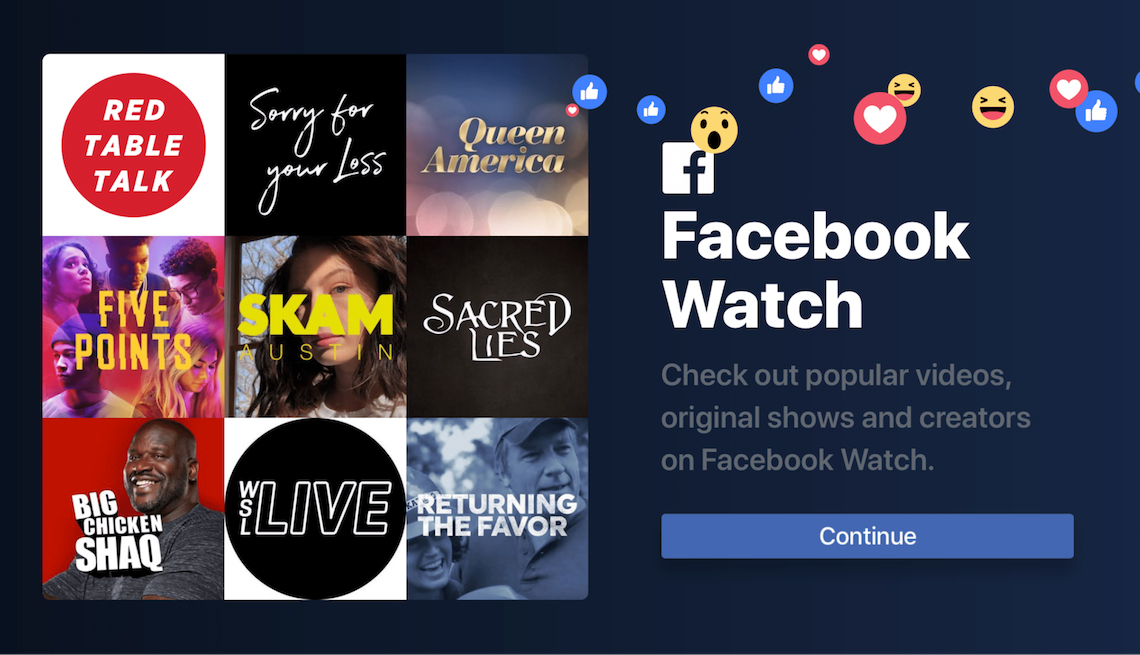 If you have a smart TV

For example, to see videos over Facebook Watch TV:

2. Open the Watch app on your TV. Click Continue.

3. Notice that your next screen has a code at the bottom. Open the Facebook app on a mobile device, tap the notification at the top, then tap Approve, and tap Continue. Or go to facebook.com/device on a computer or phone, then enter the code manually.

You need to do this only once. Now that you're logged into the app, you can stream videos to your television instead of a smaller device.

The process will be similar for other video apps such as YouTube.

The second way to watch web video on your TV is to wirelessly “cast” it from another device.

Smart TVs today let you transmit videos from your laptop, smartphone or tablet. The setup depends on the kind of TV you have.

Just make sure the device that has the video you want to cast is connected to the same Wi-Fi network as your Smart TV. Using Facebook Watch TV as an example:

1. Open the Facebook app on your mobile device or computer and find the video you want to watch.

2. Tap the video to expand it to full screen mode.

3. Look for a small icon in the top right corner of your screen to tap or click. It looks like a TV screen with a Wi-Fi logo in the lower left corner.

4. Select the TV where you would like the video to play.

That's it. You should see the video starting to play on your TV screen.

Depending on your TV, this technology may be called DLNA or Miracast. Or your TV might have a streaming player connected to it, like Apple TV, Chromecast or Roku. Apple's version is called AirPlay.

The process should be similar for all: Choose a video on your mobile device and then tap the Share icon for it to appear on your TV.

Connect with an HDMI cable

The third way to watch web videos on your big-screen TV is to manually connect a cable between your laptop to your television.

As long as your TV is newer than, say, eight years old, you should have an extra HDMI input on the back or side. Your cable TV box probably occupies one slot.

An HDMI cable can handle both audio and video. Here's how to get going: 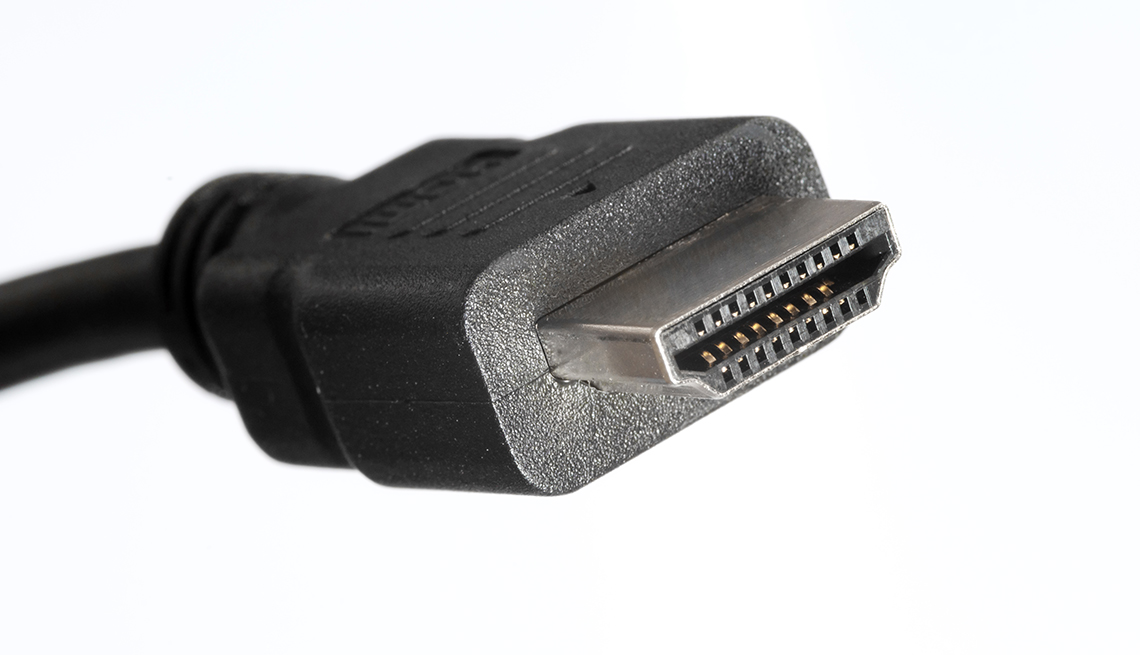 1. Pick up a spare HDMI cable from a dollar store — they're not expensive — order one online or borrow one from a family member if you don't already have a second HDMI cable.

2. Plug one end of the HDMI cable into your laptop's HDMI output jack.

3. Plug the other end of the cable into your television's HDMI port. You may need to move your computer closer to the TV, and it's a good idea to have your PC or Mac plugged into the wall for power.

Use your TV remote to change the Source or Input to the one designated for your computer, such as HDMI 2. You should see what's on your laptop screen.

4. Use your computer trackpad or mouse to click Play on the video. It will play on your TV, too.

If you're using your television to see people better in a video chatting app such as Zoom, remember that others need to see you through your laptop's camera. So position the laptop on, say, a coffee table with the camera pointed toward you.