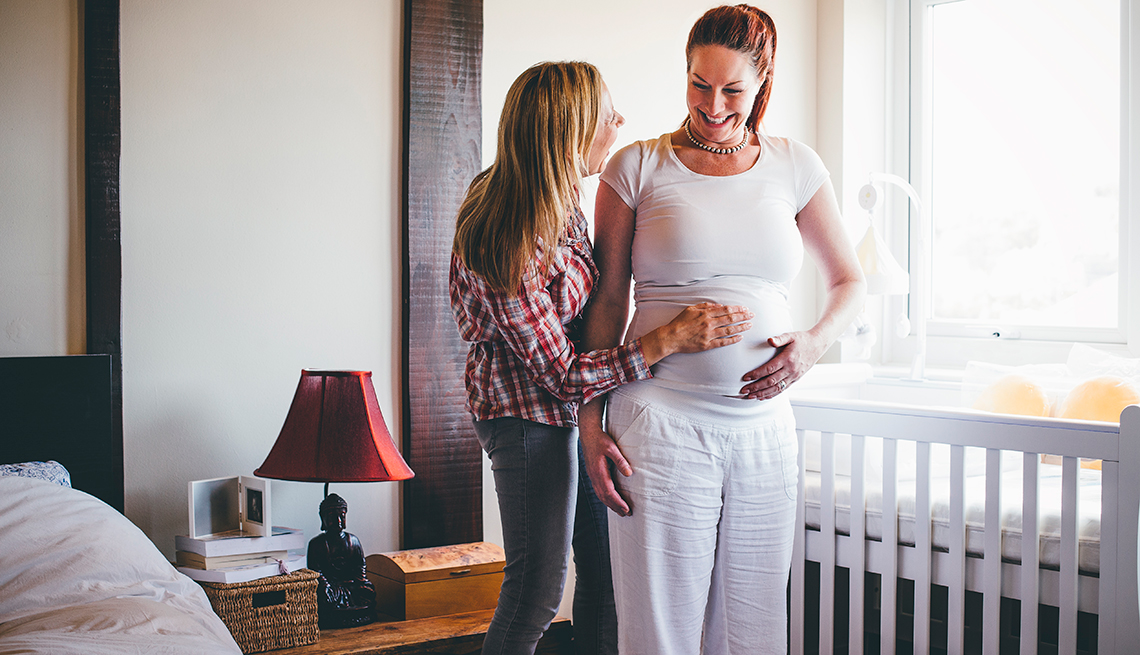 Assisted reproductive technology has contributed to more people having children later in life.

The age of women giving birth continues to climb, according to new numbers from the National Center for Health Statistics.

AARP previously reported the overall increase in fertility rates for women 35 and older during the last two decades is linked, in large degree, to in vitro fertilization (IVF). This process has been debated since 1978 when the first child was born through the IVF method in England.

Skeptics wonder about the life span of the new 50-ish mother, and they also fear parents might not "possess the requisite stamina," said Bonnie Steinbock, a bioethicist and professor emeritus at the University at Albany, State University of New York.

Others approve. "These are intelligent women — they are not silly, stupid or frivolous," said Mark Sauer, a pioneer since 1986 in using IVF with older women.

The majority of 50+ women who became pregnant use donor eggs fertilized by sperm and implanted into the womb. The average age for menopause is 51. Fertility decreases for women through the 30s, ebbs much further in the 40s and largely ends by 45, medical experts say. AARP recently reported on six pros and cons to pregnancies later in life.

Recent celebrities including Janet Jackson, 51, and 56-year-old George Clooney and his wife Amal, 39, became parents later in life and have brought new attention to these trends.

While the report revealed an increase in older pregnancies, birth rates declined to record lows for women in all age groups under 30 in 2016. Specifically, the birth rate for teenagers 15 to 19 declined 9 percent. Overall, the general fertility rate was 62 births per 1,000 women age 15 to 44, a 1 percent decrease from 2015 and a record low for the United States.