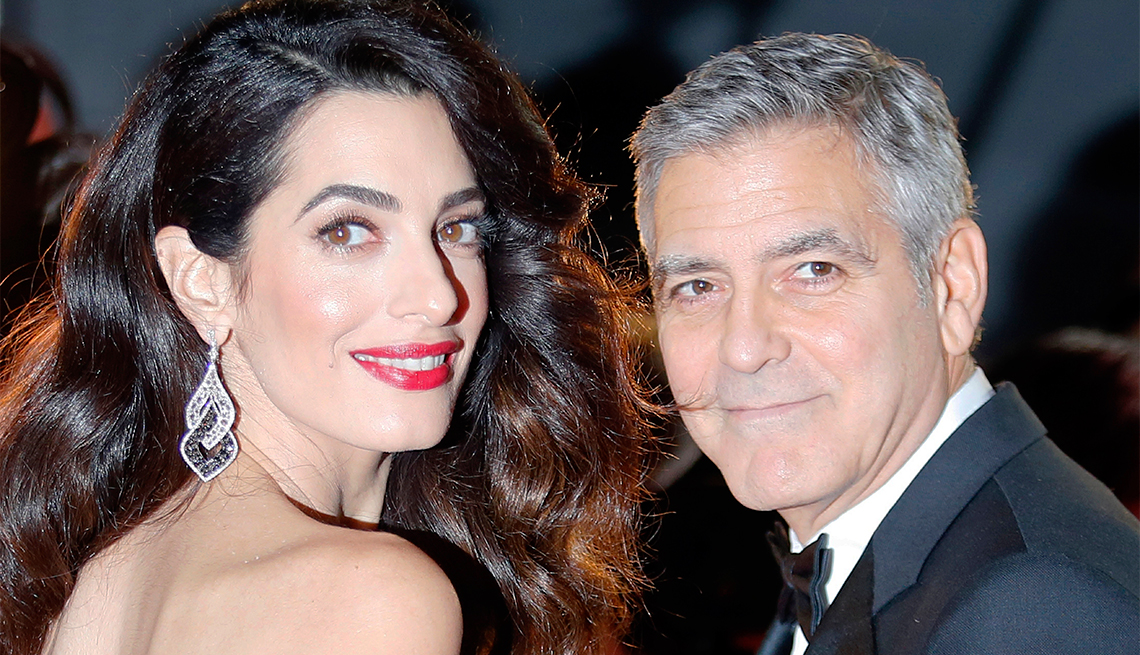 The onetime "sexiest man alive" who famously vowed he'd be single forever is now not only married but the father of two. George and Amal Clooney didn’t let age hold them back when it came to having a family. Amal, 39, gave birth to the couple’s daughter and son Tuesday. A statement released to the media said that the twins, Ella and Alexander, and mother are happy and healthy, and that "George is sedated and should recover in a few days.”

The couple, engaged and married in 2014, kept the due date of the twins private. Speculation started to swirl that the date was nearing when George, 56, began cutting back on public appearances in May. In a video message, he explained why he was skipping the Aurora Prize for Awakening Humanity event in Yerevan, Armenia: “I really would have been there, but if I came there and my wife had twins while I was there, I could never come home," he said.

The pair’s romance came later in life. Amal Alamuddin-Clooney is a high-powered human rights attorney, and her marriage to Clooney is her first. Clooney, an Oscar-winning actor and producer, was married and divorced in his early 30s from actress Talia Balsam. They had no children, and Balsam has since married actor John Slattery.

The Clooneys are older than the average first-time American parents. Preliminary data from 2016 show that 28 is the average age that women are having their first child, an average that’s been climbing steadily over the years. In the United States, the birth rate for women over 35 has jumped by nearly 60 percent since 1980, while the birth rate for men older than 40 has climbed by nearly 30 percent.

Fertility in women is known to decline steadily with age, and AARP reported this year about the six pros and cons to being older parents. Men's fertility rates do not drop as sharply as women's as they age, but a Swedish study conducted in 2014 found that children of older fathers were at increased risk for some psychiatric disorders.

In an interview on the French TV program Rencontres de Cinema (later reported by People magazine), George Clooney talked about having kids later in life. He said he was inspired by French actor Jean-Paul Belmondo, 84, who had a child when he was 70. “I’m feeling a little better about being 56,” Clooney joked.