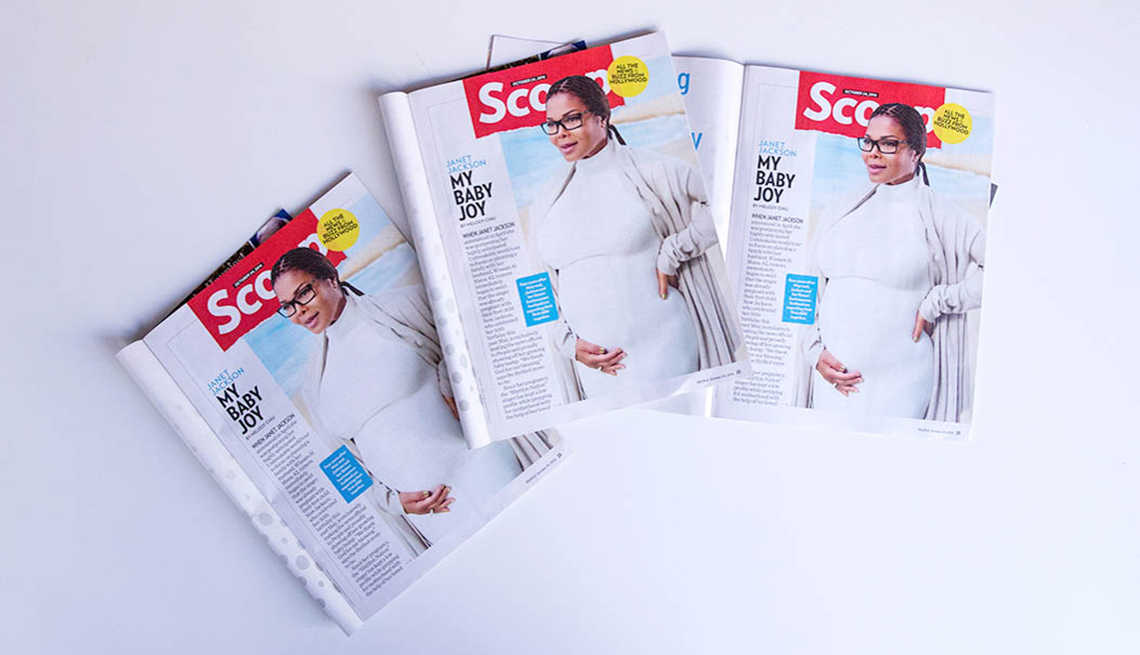 Her fans were disappointed when she canceled tour dates this spring for “personal reasons,” offered a vague video explanation for her absence, then laid low for months. Now they know why.

R&B icon Janet Jackson is confirming and proudly showing that she is in fact pregnant with her first child. Yes, at age 50.

Jackson revealed the news to People magazine, and tweeted a glowing photo of herself, bespectacled and dressed in white with a noticeable baby bump. The father is her husband, Qatari businessman Wissam Al Mana, whom she married in 2012.

Fans are sending Jackson countless well wishes, many predicting the singer will have a healthy pregnancy despite the age-related risks.

“If you’re 50 and healthy, the outcome of having a healthy pregnancy is high,” says Robert O. Atlas, head of the department of obstetrics and gynecology at Mercy Medical Center in Baltimore. Although he’s not involved in her care, he notes that “a woman’s risks go up if she used reproductive technology like IVF and donor eggs, or if there are medical disorders such as hypertension. Then the risks go up exponentially.”

While having a first child at 50 is still uncommon, more women are waiting longer to get pregnant. The Centers for Disease Control and Prevention (CDC) reports that about 20 percent of women in the United States now have their first child after age 35.

“So many women are getting pregnant in their 40s, 50 is not that big of a difference in age per se,” Atlas says. “If you’re healthy, you can anticipate a healthy pregnancy.”

The latest research also suggests Jackson’s chances of delivering a healthy baby are good. According to a 2012 study in the American Journal of Perinatology, postmenopausal women over the age of 50 experienced similar rates of complications, such as gestational diabetes and preterm labor, as women under the age of 42 who received donated eggs. Of the 101 patients in the study, 61 reported no complications, and 32 reported just one complication.