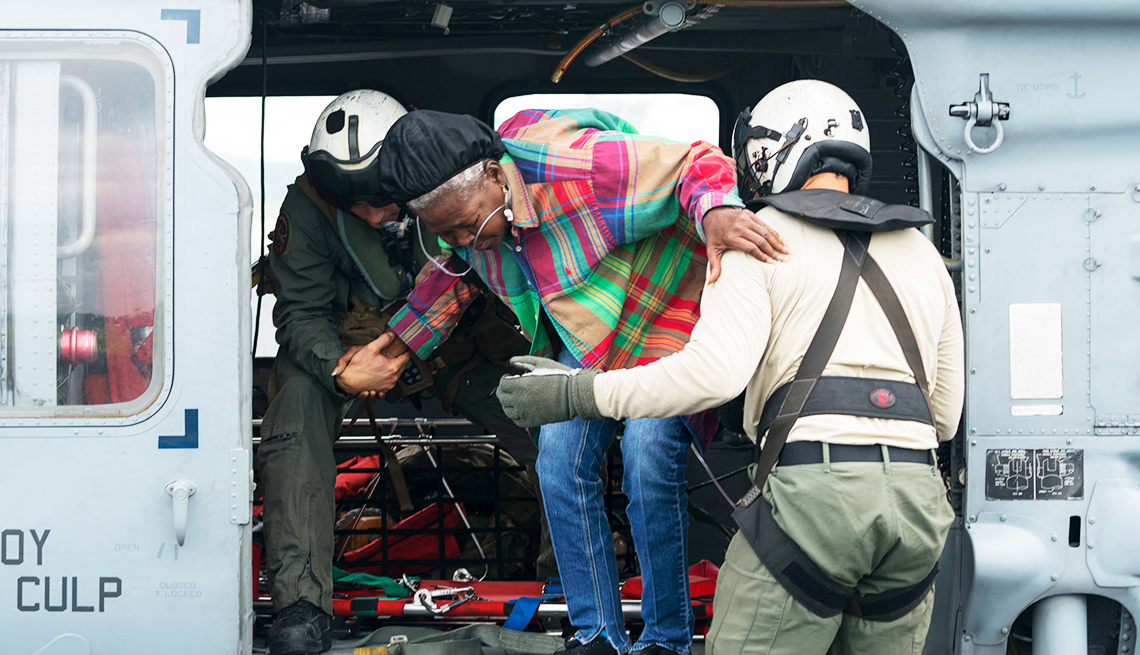 Medicare will pay for nursing services after someone has been treated in a hospital for at least three days.

UPDATE: This article has been revised to include information regarding Hurricane Irma.

En español | Medicare recipients caught up in hurricanes Harvey and Irma and their aftermath have one less thing to worry about when it comes to their health care. Federal officials have acted to make sure that Medicare will pay for nursing home stays for storm victims.

Hurricane Harvey already forced some Medicare hospital patients to be evacuated, interrupting their care. Dozens of nursing homes and hospitals in the Florida Keys, Miami-Dade, Fort Lauderdale and other South Florida communities have announced plans to evacuate. Others were injured or got sick during or after evacuation and were taken to shelters, rather than hospitals. Still others may have been getting a combination of outpatient treatment and home care before Harvey hit.

Centers for Medicare & Medicaid Services Administrator Seema Verma has issued waivers that set aside the requirement of a three-day hospital stay before Medicare will pay for nursing home care. This allows Medicare patients to transition to skilled nursing facilities without the worry of who will pick up the tab.

“In light of the natural disaster still unfolding in Texas and Louisiana, CMS is committed to acting as quickly and effectively as possible so the states can continue to ensure the vital health care needs of our most vulnerable beneficiaries are not interrupted,” Verma said in a statement when the waiver for Harvey was announced.

The waiver was welcome news to nursing home providers in Texas.

"This type of waiver allows for these communities that are dealing with such a fluid situation to make decisions in the best interests of the patients,’’ said Kevin Warren, president and CEO of the Texas Health Care Association, which represents nursing facilities across the state.

Hospitals have been calling nursing homes and asking them to take patients before the three-day waiting period, Warren said, because hospitals need to make room for people requiring more acute medical care. “By having this waiver, we can discharge the patient to a nursing home where they can still get the level of care they need,” and Medicare will reimburse the nursing home for that care.

The CMS waiver is one example of a lesson learned from previous natural disasters.

“I think it was a great move because that was a significant problem after [Hurricane] Sandy,” said Barbara Citarella, CEO of RBC Limited Healthcare and Management Consultants in Staatsburg, N.Y., and a specialist in natural-disaster planning. After Hurricane Sandy, patients were sent to nursing homes because hospitals didn’t have beds. Sandy hit 24 states along the Eastern Seaboard and west to Wisconsin in 2012, with most of its devastation affecting New York and New Jersey. Because Medicare recipients in those states did not meet the three-day requirement, payment for their nursing home stays became a major issue, Citarella said.

“This is very helpful in being able to give care and for people to have continuity of care without putting them at risk,” said Citarella. “It allows us to be able to give those people who are most vulnerable the care they need immediately and then move them to an alternative location.”

Citarella also said that under normal circumstances, many of these Medicare recipients were getting considerable support as outpatients. But with those resources unavailable, “they need to be in a place where, for example, they can get their medications and can be supervised.” Without such support, she added, “it doesn’t take long for them to deteriorate.”