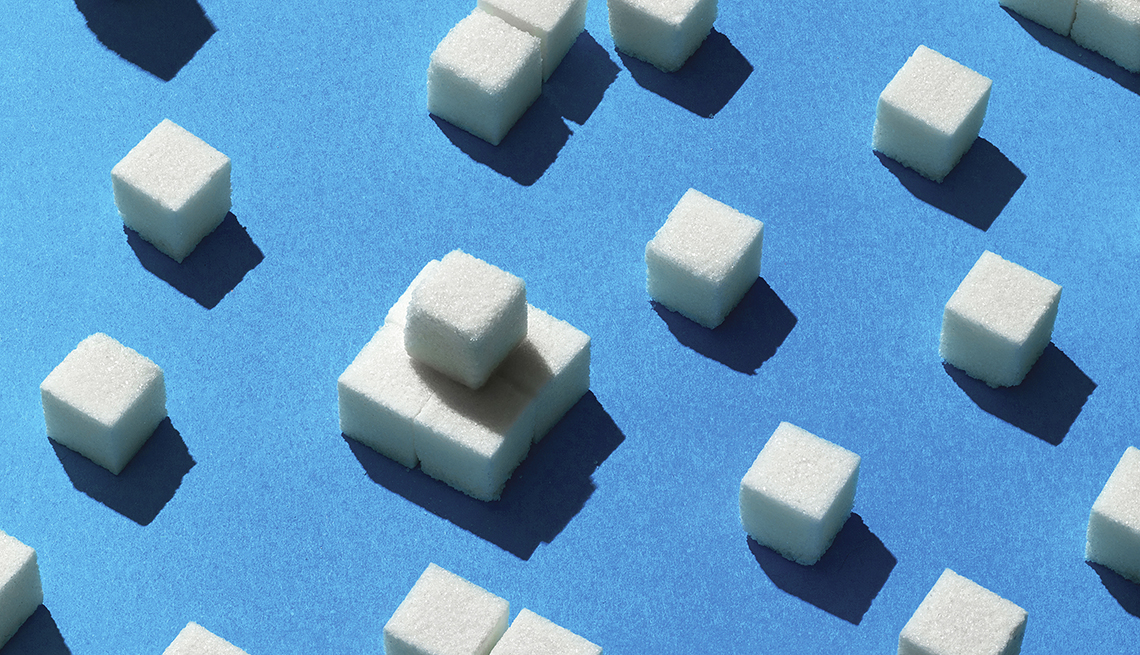 Sugar is a lesser-known heart risk.

En español | So you're watching what you eat and monitoring your cholesterol to head off a potentially deadly heart attack or stroke. That’s important. But doctors say you should also be aware of these other, lesser-known risk factors for heart disease.

Over the past several years, researchers have been rushing to study what could be the biggest heart-disease risk factor you never knew you had: clonal hematopoiesis of indeterminate potential, or CHIP, a mutation of bone marrow stem cells that increases your chances of dying from a heart attack or stroke by a whopping 40 to 50 percent. Though the condition is normally found through genetic testing for other diseases and isn’t directly treatable at this time, it is helping cardiologists understand why a certain segment of patients — the ones with no other known risk factors — have heart attacks or strokes. The environmentally driven mutation is very common in older people (up to 50 percent of those in their 80s have it), but if you develop CHIP at a younger age, it's worse, increasing your risk of heart attack by a factor of four. While researchers are still sorting out how CHIP leads to artery-blocking plaque, the link seems to be in how mutated bone marrow cells spur the development of a type of white blood cell, which in turn causes inflammation.

Unlike with CHIP, which they say is still in a study-and-learn phase, top cardiologists are recommending you get tested for high levels of a particle called lipoprotein(a), which attaches to your bad cholesterol and acts a lot like it, too. Too much Lp(a), as it's known, causes heart disease and stroke both by creating the plaque that clogs arteries and by boosting clot formation, says Seth Martin, a preventive cardiologist at Johns Hopkins Medicine. He describes it as the missing link that explains why patients who don't appear to have typical risk factors may suffer heart attacks. "We will see someone who has fine blood pressure and normal cholesterol, but with high Lp(a) these people can get cardiovascular disease — and at earlier ages." Your levels can be determined with a simple and inexpensive blood test, says Martin, who notes that while a reading can provide critical information to guide your treatment, the test is just starting to be incorporated into most clinical practices.

Move over, saturated fat: Sugar is earning its own spot on the diet no-no list. “Eating a lot of sugary foods or drinking a lot of soda increases the risk of diabetes, and that’s an important risk factor for heart disease,” Martin says, adding that a “staggering” 30 percent of patients admitted to the hospital for heart attacks are diabetic (another 30 percent are considered prediabetic.) Overall, he says, it’s important that people understand that the old advice — to avoid too much fat to prevent heart disease — has been refined. The goal now, he says, should be to eat healthy fats, and to guard against replacing the bad fats you’re cutting out with sugary stuff.

Who knew? Getting off the aspirin you were taking to help prevent cardiovascular problems can give you a heart attack. According to a major study of more than 600,000 adults published in the medical journal Circulation last year, those who stopped taking low-dose aspirin daily were 37 percent more likely to have a heart attack or stroke than those who continued popping their daily pill. For all of the study participants, the risk spiked as soon as patients discontinued aspirin and didn’t lessen over time. And for those with previous cardiovascular disease, the risk of getting off aspirin was described as “perilous.”

According to a recent study in the New England Journal of Medicine, the week after you’ve had the flu finds you six times more likely to have a heart attack. “That would be a pretty powerful effect even if it were just a three times greater risk of having a heart attack,” says Vincent Bufalino, a cardiologist in Naperville, Ill., who explains that the connection between the virus and any cardiovascular event is likely increased inflammation. “When you have influenza, the platelets, those sticky things in blood that form a clot, become more activated,” leading to a greater likelihood of a blockage that can lead to heart attack or stroke. The study’s takeaway for all adults, and especially those with other risk factors for heart disease, should be to make sure they get a flu shot. “The vaccine might not be as effective as we’d want, but it will provide a modicum of protection.” And that, Bufalino says, could make all the difference.