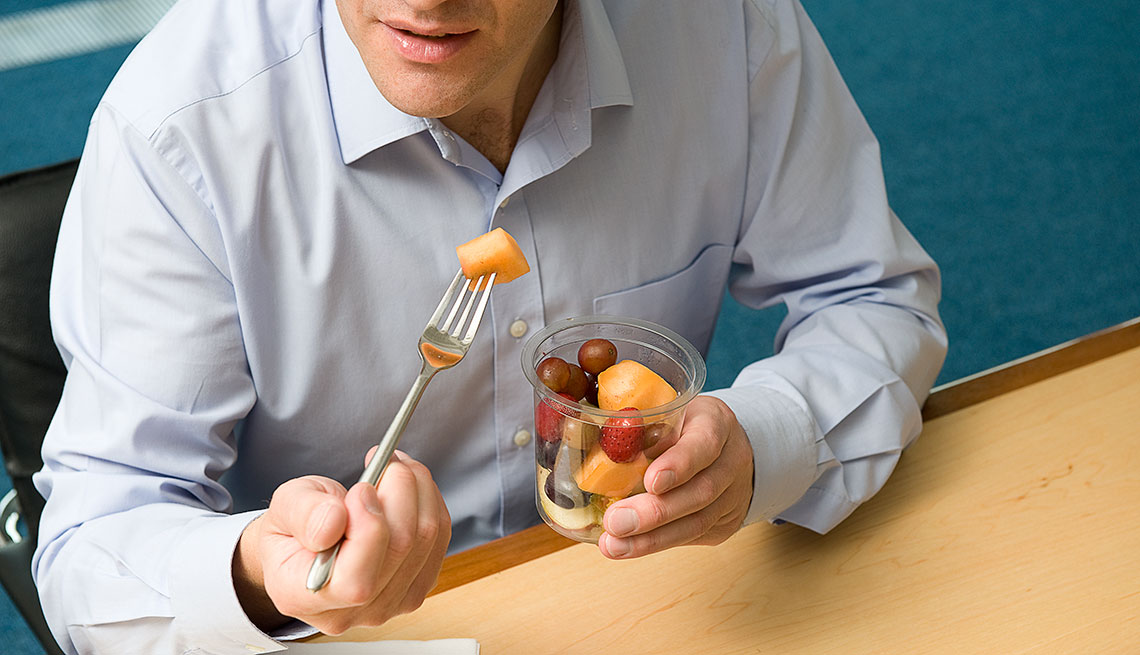 A new study says that eating a healthy breakfast could help you avoid heart trouble down the road.

The old adage just might be true after all: Breakfast really is the most important meal of the day — for your heart, at least.

A study published in the Journal of the American College of Cardiology found that people who skip breakfast entirely or who eat poorly to start the day are at double the risk of developing hardened arteries, which can lead to heart disease. The study included 4,000 middle-aged office workers in Spain and followed their morning dietary habits for six years.

Those missing breakfast "tended to have more generally unhealthy eating habits and a higher prevalence of cardiovascular risk factors," according to the study, which also found that people who ate less than 5 percent of their daily calorie intake at breakfast weighed more and had higher body mass index, blood pressure and lipid levels, as well as increased fasting glucose levels.

Most alarmingly, people who skipped the meal or ate an insufficient breakfast showed double the amount of fatty buildup in their arteries compared with those who ate a high-energy meal to start the day. The increased risk of hardened arteries in those who skipped breakfast appeared independently of other risk factors, including smoking, high cholesterol and physical inactivity.

It’s just the latest study to reinforce the importance of a healthy breakfast, which previous research has linked to lower body weight, healthier diet and decreased risk of cholesterol and blood pressure problems.

"Although breakfast skippers are generally attempting to lose weight, they often end up eating more and unhealthy foods later in the day,” Prakash Deedwania, professor of medicine at the University of California, San Francisco, wrote in an accompanying editorial in the journal. “Skipping breakfast can cause hormonal imbalances and alter circadian rhythms."

In addition to adding a healthy breakfast to your daily regimen, you may want to add a little quiet time to start your morning. A separate report from the American Heart Association (AHA) indicates that meditation may be an effective tool against heart disease when it is practiced in conjunction with proven approaches like lifestyle changes or medications.

The new AHA guidelines point out that studies to date have been too small to clearly establish the benefits of meditation against heart disease, but Glenn Levine, M.D., said there is reason to believe that meditation has heart health benefits beyond just stress reduction.

“Meditation can be considered as an adjunctive lifestyle intervention,” said Levine, chair of the AHA task force on clinical practice guidelines and a researcher at Baylor College of Medicine in Houston. “We do not believe meditation should be undertaken as a substitute for well-established and recommended lifestyle and medicinal interventions.”