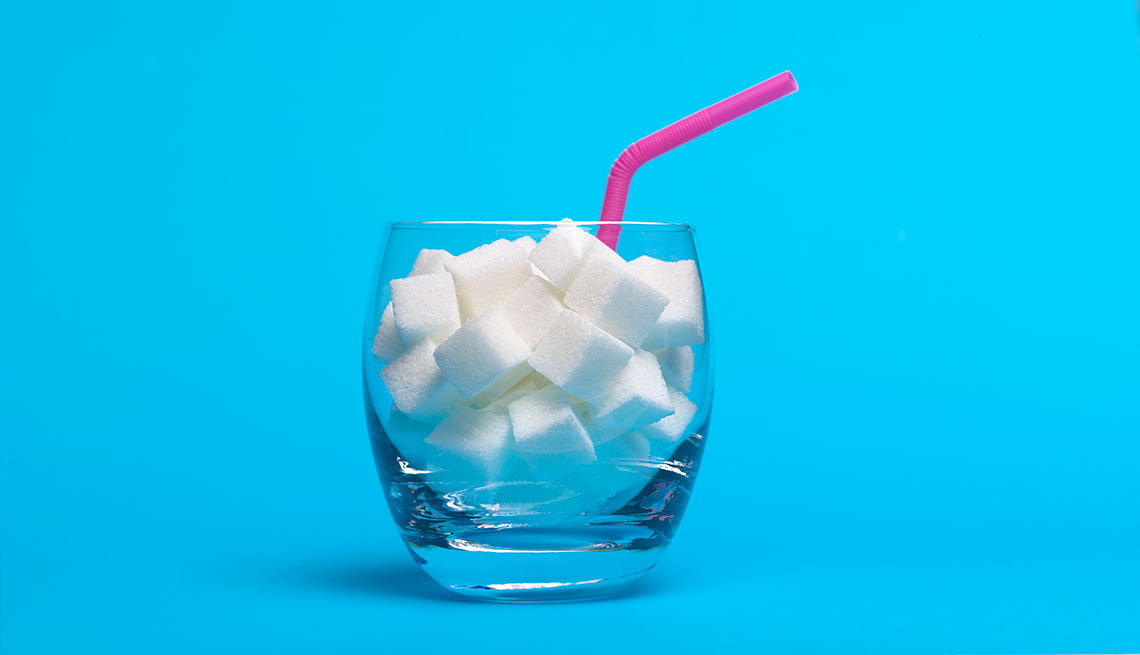 Although you might not be drinking a glass of sugar a day, all the sugary foods you eat throughout the day add up quickly.

Even if you’re healthy, a high-sugar diet can quickly put your life at risk, according to a new study from England’s University of Surrey published in Clinical Science.

Researchers put healthy men on either a diet low in sugar (140 calories a day worth of sugar) or high (650 calories) and found after 12 weeks that the metabolism of those on the high-sugar diet began to resemble men with nonalcoholic fatty liver disease (NAFLD), which is associated with cardiovascular disease, heart attacks and strokes.

High sugar intake is also associated with obesity, diabetes, dementia and other perils, according to previous studies. How perilous? In one study, published in JAMA Internal Medicine, a high-sugar diet increased heart disease death risk by 38 percent. The American Heart Association recommends no more than nine teaspoons a day for men, six for women and children, and zero for kids under 2. The heart association says Americans eat about 17 teaspoons of sugar per day, and teens eat 20.

"Some children and teenagers may reach these [high] levels of sugar intake by over-consuming fizzy drinks and sweets,” said Surrey’s lead researcher, Bruce Griffin, who noted an “alarmingly high prevalence of NAFLD in children and teenagers, and exponential rise of fatal liver disease in adults." Obesity researcher David Ludwig told Consumer Reports, “It’s one thing when type 2 diabetes develops in 50- or 60-year-olds. It’s another when that clock starts ticking at age 10.”

In a 2016 expose, JAMA Internal Medicine showed that starting in 1965, researchers secretly paid by the Sugar Research Foundation deflected blame from sugar and pointed a finger at saturated fat as the major coronary heart-disease risk factor. This greatly influenced health guidance and consumer behavior for decades. “Because coronary heart disease is the leading cause of death globally” and sugar is implicated, the JAMA study concluded, “policymaking committees should consider giving less weight to food industry–funded studies.” The Sugar Association, the successor group to the Sugar Research Foundation, told Consumer Reports that transparency standards were different in the past, and insisted that “industry-funded research has been informative in addressing key issues.”