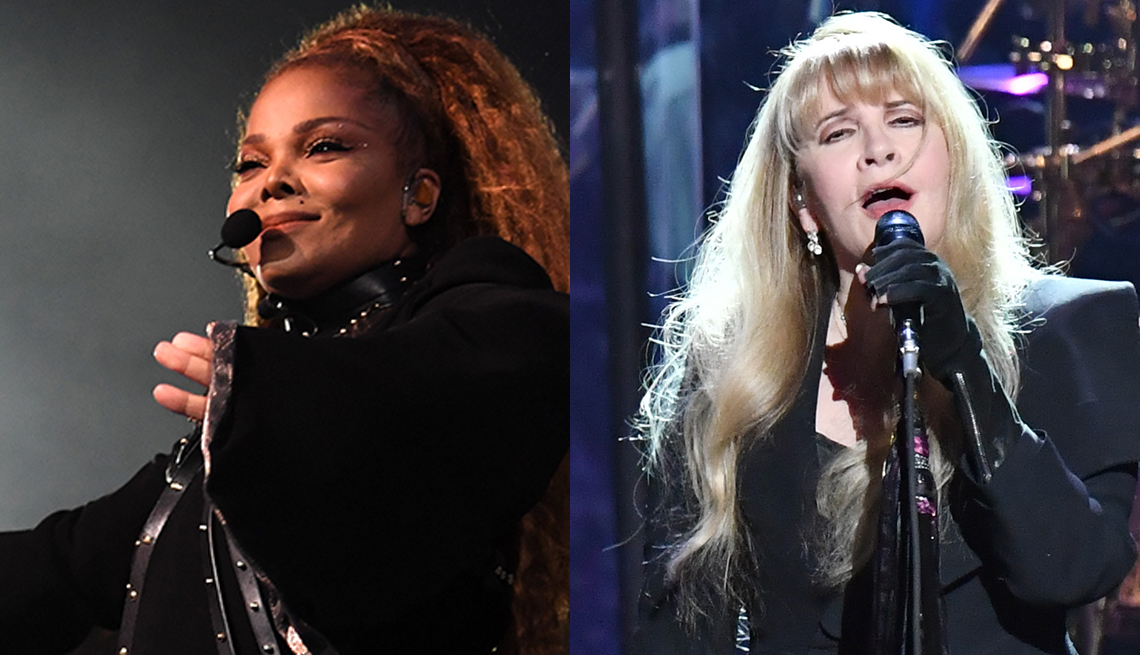 Jackson said in a statement, “I am happy to be in there with my brothers” — 1997 inductees the Jackson 5. Nicks, whose band Fleetwood Mac was inducted in 1999, tweeted, “To be recognized for my solo work makes me take a deep breath and smile. It’s a glorious feeling.”

There were grumbles by fans of the nominees who didn’t make the cut: Todd Rundgren, Devo, John Prine, Rage Against the Machine, Chaka Khan’s band Rufus, LL Cool J, Kraftwerk and MC5. Had the Hall of Fame not honored Jackson, it likely would have been more harshly criticized for snubbing Rufus for the third time and LL Cool J for the fifth. Many critics have said the organization should be more open to performers of color and genres like rap. And to women, too: Nicks is the only female double inductee (for solo work and for her band), whereas 22 men have earned that distinction, from Michael Jackson to John Lennon, Paul McCartney, George Harrison and Ringo Starr.

But in general, this year’s winners — a bigger group than usual — were among the less controversial picks in its history. And the Hall of Fame is a gift to grownup musicians and the fans who remember every word of their hits.

This year’s crop of talents also represents a new British invasion: Every inductee other than Nicks and Jackson is from the U.K. The Hall of Fame has a reputation for over-honoring members of the 1960s British Invasion bands and their style, but this year’s Brits cover an impressive range: the Cure’s eyeshadow-intensive goth vibe, Radiohead’s mutant progressive rock, Def Leppard’s exhilarating hair metal, and Roxy Music’s proto-punk, pre-New Wave art pop. The Zombies, one of the few original British Invasion bands not yet inducted, were distinctive in their style — even when they used the Mellotron John Lennon left in the studio after Sgt. Pepper, they sounded like Zombies, not Beatles. And they were the first English band after the Beatles to top the charts with a self-written tune. The Hall of Fame induction ceremony is March 29, 2019. As the Zombie’s Argent told Rolling Stone, “That’s — to the day — 50 years after ‘Time of the Season’ became Number One on Cashbox. That seems like an unbelievable milestone, really.”