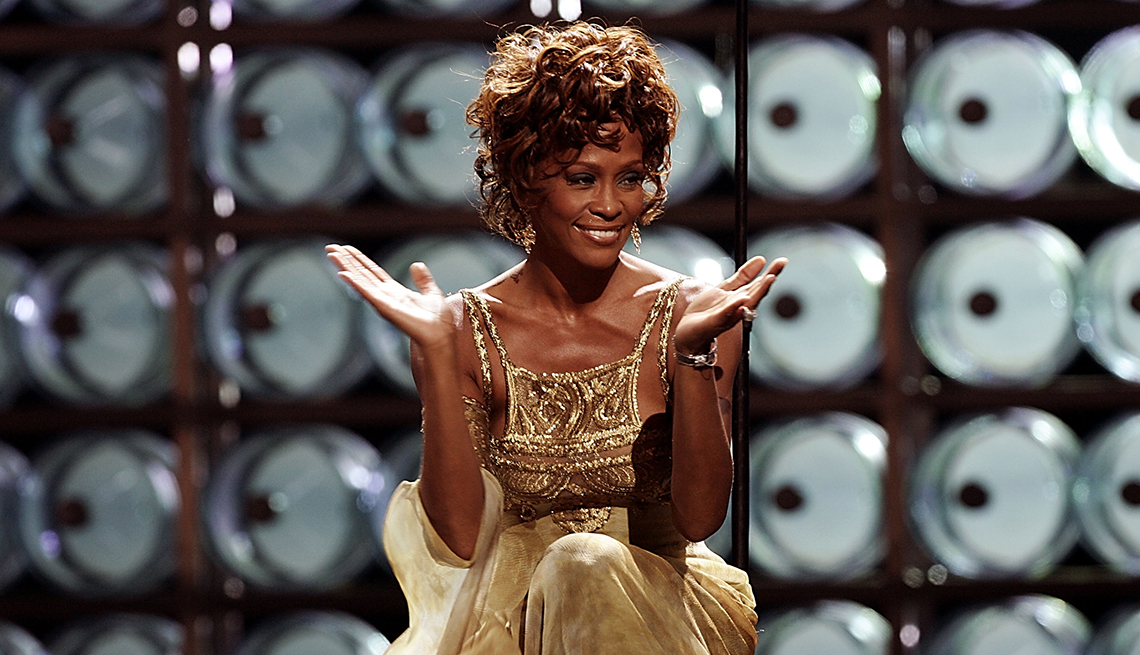 Whitney Houston on stage at the 2004 World Music Awards on September 15, 2004 in Las Vegas, Nevada.
Pascal Le Segretain/Getty Images
By

Over a thousand musicians, industry insiders and music historians just voted to make Whitney Houston, Depeche Mode, the Doobie Brothers, Nine Inch Nails, the Notorious B.I.G. and T. Rex the 2020 inductees into the Rock & Roll Hall of Fame in Cleveland, the pantheon of rock.

Rock stars are eligible for the honor 25 years after their first album, and are judged on their influence, style, technique and the general enduring awesomeness of their body of work.

Jon Landau, 72, the critic whose rave review ignited Bruce Springsteen's career before Landau became his manager and producer (as well as propelling MC5, Jackson Browne and others), and Irving Azoff, 72, the Eagles manager and titanic record mogul Billboard named as the most powerful person in the music industry, won the Ahmet Ertegun Award, which honors the executives, DJs, journalists and producers who stoke the star-maker machinery behind the popular songs. Atlantic Records founder Ertegun made Aretha Franklin a star, shaped the careers of Ray Charles, Led Zeppelin and the Rolling Stones, and helped start the Rock & Roll Hall of Fame and Museum.

Though many music aficionados praised the stylistic diversity of this year's inductees, there were some grumbles. Only one woman was honored this year, versus two last year. What's more, when a record-breaking 8.2 million fans voted on the Hall of Fame's people's ballot, their No. 2 choice was Pat Benatar, and Chaka Khan's group Rufus was No. 14, and they were both snubbed, along with fan faves Soundgarden, No. 4, and Todd Rundgren, No. 10. The fans’ top choice, the Dave Matthews Band, didn't make the cut — the first time the fans’ first choice has not been included among the inductees. Only one of the fans’ top five choices, the Doobie Brothers (No. 3), made the list.

The experts, not the fans, get to decide who's inducted, and grumblers were probably outnumbered by celebrators of the institution that helps ensure that rock will never die. Nine Inch Nails frontman Trent Reznor, 54, told Rolling Stone he was “pretty freaked out” and “pleasantly surprised to see us acknowledged.” Doobie Brother Patrick Simmons, 71, called the honor “one of the things you always hope will happen, especially with a band like ours that has been around this long."