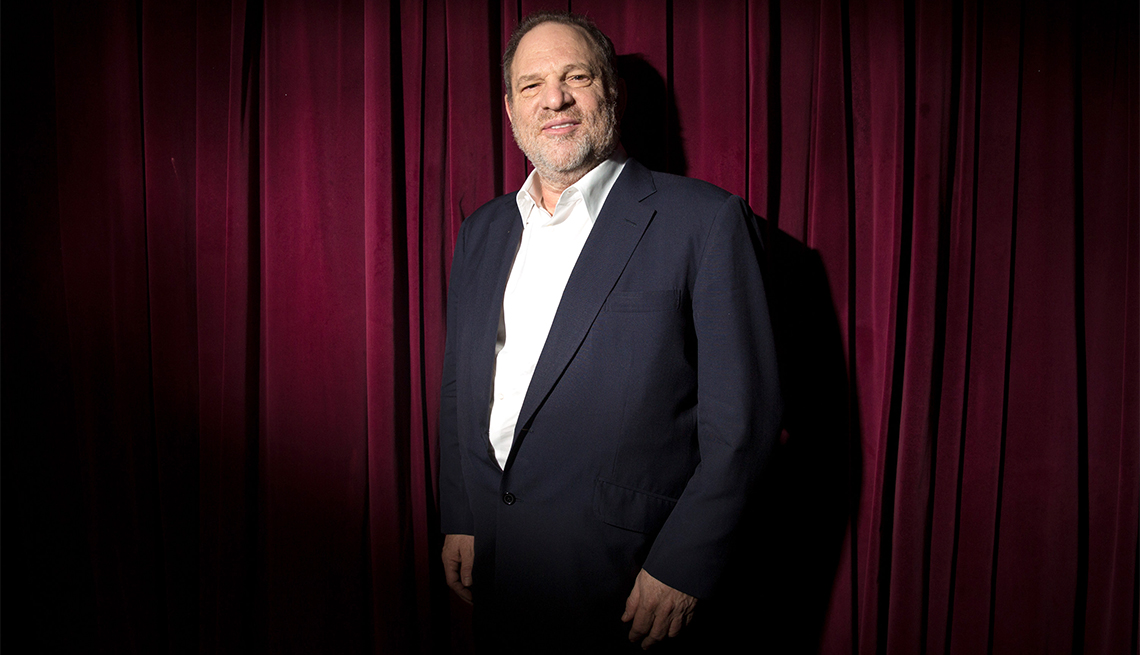 Hollywood producer and executive Harvey Weinstein has been ousted from his company after more than 30 women came forward accusing him of sexual harassment dating back years.

Ah, celebrities. They're just like us. They go food shopping. They pick their kids up from school. They even get sexually assaulted by their bosses and don't report it. Just like us regular folk.

Yes, it sounds harsh. But if we're going to be honest, let's tell it like it is and always has been. The girlfriend-to-girlfriend truth is that women have been getting Weinsteined for years. There hasn't been much real progress when it comes to sexual harassment, just a lot more covering up.

About a week ago, before everyone in the nation knew the name of the man who produced “Shakespeare in Love,” I overheard an interesting conversation at work. A bunch of Generation-Y women were eating lunch at the table next to mine, and they were swapping workplace harassment stories. Like most of us, each of these millennials had experienced a co-worker or superior making inappropriate comments or straight-up propositions in the work place. They couldn't understand why any woman wouldn't immediately report such antics, and they all had a good chuckle at the fates of these men who had been reprimanded or fired for their inappropriate behavior.

I thought of friends who had been fired for refusing to date their bosses, or the years I spent feeling like I had to be sweet to men so as not to appear "aggressive." I quickly found myself joining the conversation, reminding these 20-something women that it was my generation and my mother's generation who paved the way for them to never feel that their job is in jeopardy.

But have we really made a dent? Has anything really changed? Has there been any evolution between an episode of Mad Men and a real-life job at Google? Even though the young women at my workplace may have felt empowered enough to call their harassers out, we have to recognize that the stakes might have been much lower at their jobs than for the aspiring or accomplished actresses who kept quiet after being victimized by the legendary Harvey Weinstein.

I actually think that there has been a lot of progress, but unfortunately, only one gender seems to have caught on. While women are finally becoming empowered enough to speak up, men are just becoming more careful about getting caught, and the Weinstein scandal is a perfect example. Most of us have experienced some kind of harassment that has made us feel small or objectified, and far too many of us have experienced the trauma of sexual assault.

My mother burned her bra, marched on Washington, and then proceeded to sacrifice her career for her family while telling me I could be anything I wanted to be. I grew up believing that men and women are equals before accepting less pay for the same job as the men in my industry. I spent years feeling an obligation to make my harassers feel comfortable in awkward situations that they had created before finally learning to lead with my brain and not my giggle.

My hope is that my daughter’s generation might be the one to finally break this cycle. To truly expect, demand and receive equal pay, to never allow a man to silence her in the workplace and to create a world where no woman is ever Weinsteined again.