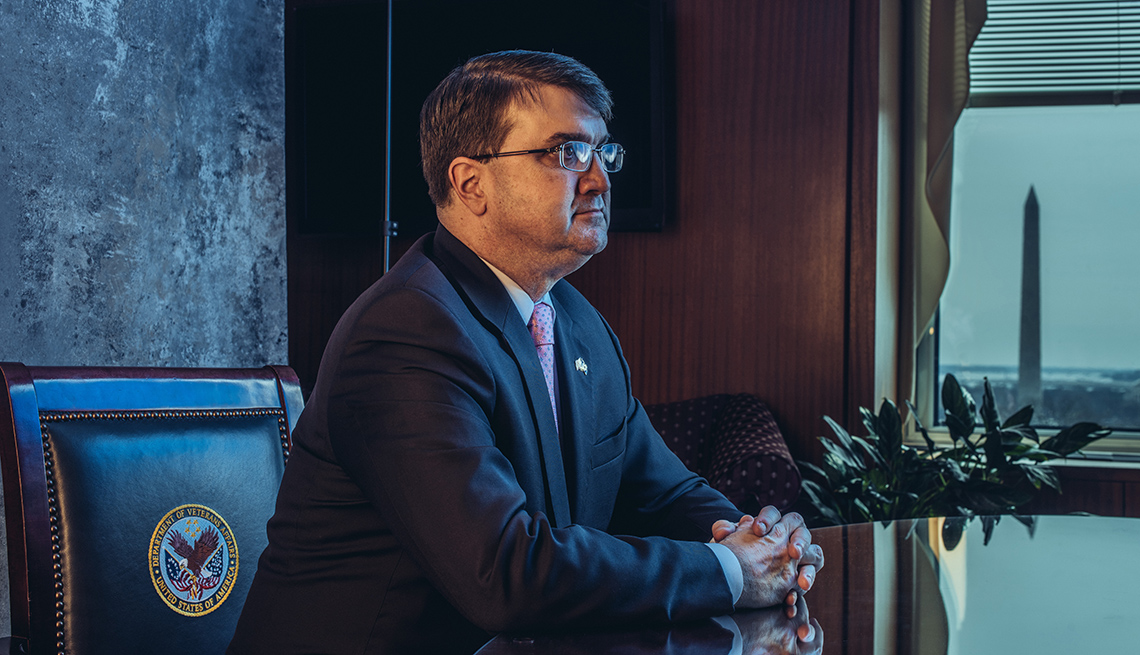 Responsibilities: Runs the agency that cares for the nation’s 21 million veterans. With 370,000 employees and a $200 billion budget, the VA is the second-largest federal agency (after the Department of Defense). The VA has three parts: The National Cemetery Administration runs 136 national cemeteries and handles veteran burials. The Benefits Administration oversees programs like pensions, home loans and education benefits. The Veterans Health Administration runs 172 medical centers and nearly 1,100 outpatient clinics.

Personal: Born in Frankfurt, Germany. Married with a son and daughter. He is the son of a wounded combat veteran

Background: Born into a military family, Wilkie served in the Navy Reserve from 1997 to 2008 as a psychological and information warfare officer. Since 2008 he has served in the Air Force Reserve, where he is currently a colonel. He served as assistant secretary of defense from 2005 to 2009, and from November 2017 until his appointment as the VA secretary in 2018, he was undersecretary of defense for personnel and readiness. Wilkie has also worked in the private sector as a vice president for the global engineering company CH2M Hill. He holds a law degree from Loyola University College of Law in New Orleans.

On improving morale: “VA as an institution has experienced a great deal of trauma on the personnel level. You can’t provide customer service for America’s veterans if morale is low.”

On allowing veterans private care: “I’m striving to create that balance between the ability of the veteran to choose health care if we cannot provide it in a timely manner, and enhancing VA’s core services so that we really are providing medicine that is as good or better than any in the country.”

On a younger set of veterans: “For the first time since the fall of Saigon, more than half of our VA population is under the age of 65. We have to strike a balance between those on opposite sides of that dividing line.

“He’s been generally approachable and reasonable. Personally, I like him,” says Rick Weidman, executive director of Vietnam Veterans of America. “In comparison to who we could have been given, he’s great.”

“One of my biggest fears is that we could reach a tipping point beyond which VA starts to spiral, if too much money is redirected to community care and VA starts to not have enough providers to provide good in-house care,” says Kayla M. Williams, an Iraq war veteran and a fellow at the Center for New American Security. “I would like to see Wilkie insist that the access standards for private care include holding community providers to the same quality standards as VA providers.”

"We have been very pleased with what he has been doing so far. He clearly has the types of experiences you need to run a large government agency like the VA,” says Dan Caldwell, an Iraq war veteran and the executive director of Concerned Veterans for America. “We hope that he and the administration make a concentrated effort to rein in costs but, unfortunately, it’s going to be incredibly difficult for them to do any sort of cost mitigation.”