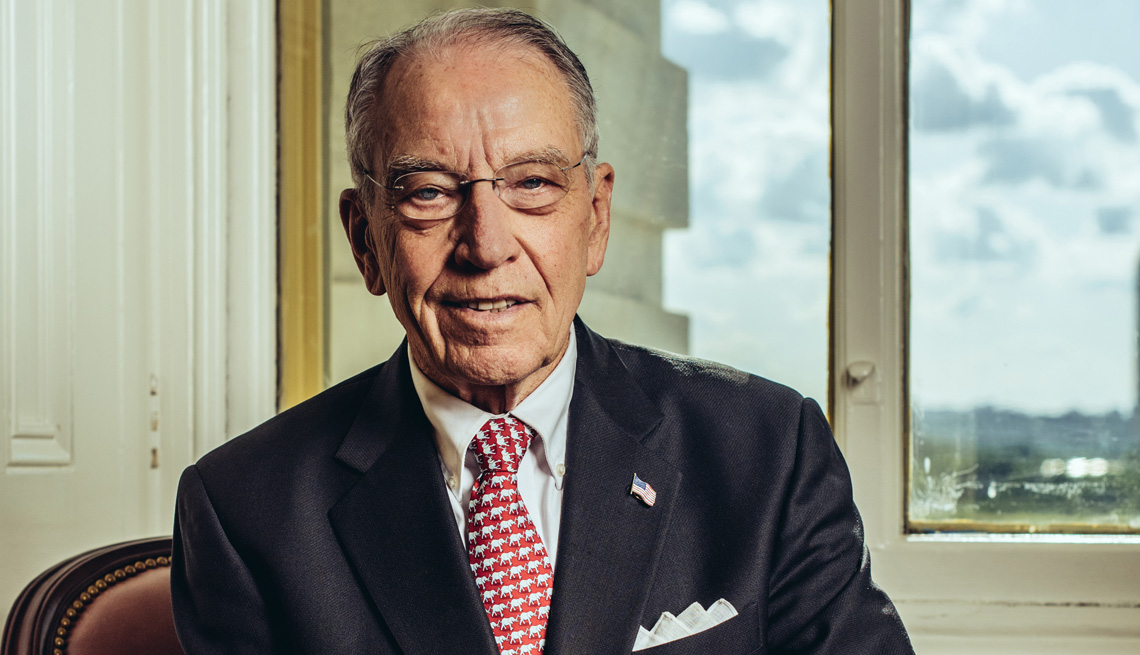 Responsibilities: Sen. Chuck Grassley (R-Iowa) sets the agenda for the powerful Finance Committee, which has broad jurisdiction over Social Security, Medicare, Medicaid, trade and taxes — including the Internal Revenue Service.

Current priorities: Lowering health care costs, with a focus on prescription drugs. “Our goal is to bring down the drug prices that are a major reason that the cost of health care is up. In turn that's why premiums are so high."

Background: Grassley grew up on a farm in a small north-central Iowa town. During and after college he worked on the family farm and in factories. He has spent most of his life as an elected official, with 14 years in the Iowa House of Representatives before being elected to Congress in 1974, serving in the House of Representatives before becoming a U.S. senator in 1981. From 2015 to 2018, Grassley chaired the Senate Judiciary Committee and presided over the confirmation hearings for U.S. Supreme Court Justices Neil Gorsuch and Brett Kavanaugh. He continues to serve on the Judiciary panel as well as the Budget and Agriculture committees and the Joint Committee on Taxation.

On trade: “I support free trade agreements, not just because of the benefits to the economy of my state. Free trade has reduced poverty worldwide from 50 percent to now under 10 percent. Countries that trade don't war."

On nursing home safety: “I'll continue to make it a top priority to ensure our most vulnerable citizens have access to quality long-term care in an environment free from abuse and neglect. I will continue shining the public spotlight on this issue for as long as it takes to fix these problems."

"Even though he has been in D.C. for so long he is very much in touch with the citizens of Iowa,” says Grover Norquist, founder and president of Americans for Tax Reform. “You can be pretty sure that he hears the over-50 voters of Iowa. On the prescription drug issue, he's sending the message to both the American people and the industry that looking for ways to reduce the costs that older Americans and all Americans pay is a top priority."

"Chairman Grassley and I have a long history of working together on health care matters, particularly the cost of prescription drugs,” says Sen. Ron Wyden (D-Ore.), the senior Democrat on the Finance Committee. “We aren't always going to see eye to eye, but if we follow what I like to call ‘principled bipartisanship’ — taking each other's good ideas — I'm optimistic that the Finance Committee can make a real difference for families across the country."