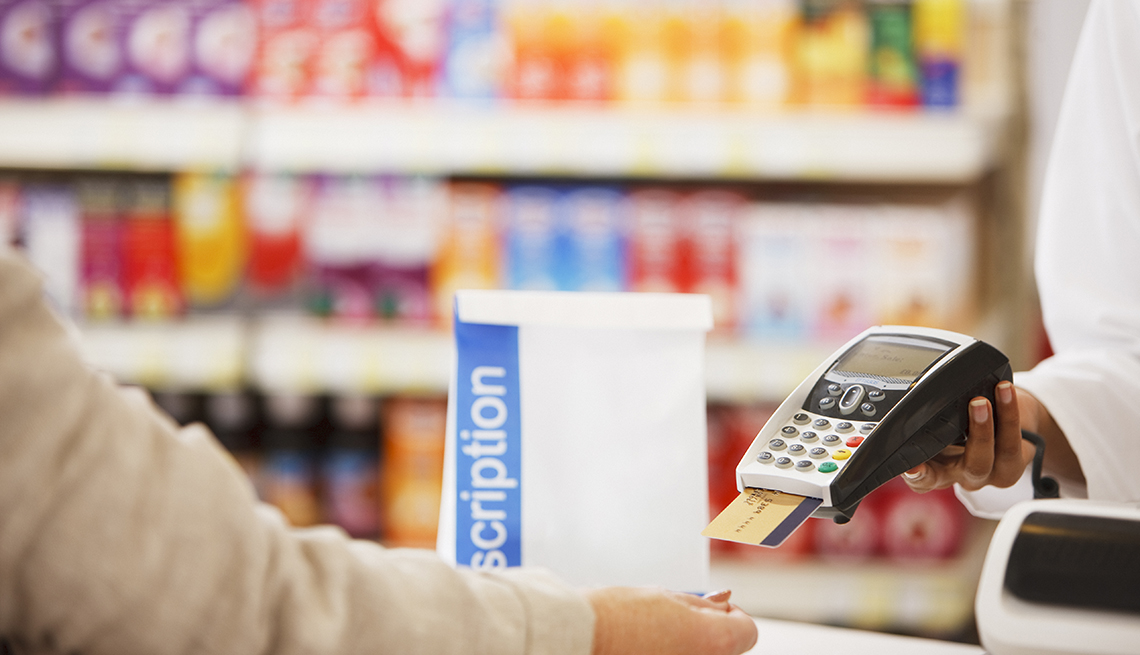 En español | The House of Representatives will now vote in December on a bill that would lower the costs of prescription drugs for Medicare Part D enrollees by requiring the program to negotiate prices and cap out-of-pocket expenses.

According to a senior House aide, leadership is waiting to schedule a vote on the floor of HR 3, the Elijah E. Cummings Lower Drug Costs Now Act of 2019, until the nonpartisan Congressional Budget Office (CBO) completes its full analysis of the legislation. An initial analysis of the measure said it would save Medicare $345 billion over a decade, cutting costs for the drug program by about a quarter. A separate report from the Centers for Medicare & Medicaid Services said patients in non-Medicare households would save $158 billion over that time.

AARP supports the bill and three other measures that have been advanced that would use the money the federal government would save from HR 3 to extend some Medicare coverage for dental, vision and hearing care.

“AARP has long supported allowing Medicare to negotiate and use its bargaining power to get a better deal for beneficiaries — especially for the highest-priced drugs and for those drugs with little or no market competition,” said Nancy LeaMond, AARP executive vice president and chief advocacy and engagement officer.

In an effort to show its support for this legislation, a key element of AARP’s Stop Rx Greed campaign, the organization has declared Tuesday, Oct. 29, as a National Rx Day of Action. In Washington, D.C., and in states across the country, AARP officials and volunteers will be encouraging lawmakers to pass the legislation to lower drug prices when it comes up for a vote next month.

“Patients in the United States, on average, pay four times as much as consumers in similar countries for the same prescriptions,” Ways and Means Chairman Richard Neal (D-Mass.) said last week as his committee began considering the legislation. “All the while, drug companies continue to bring in tremendous profits. This is outrageous.”

Among other features, the bill would cap out-of-pocket prescription drug expenses for Medicare Part D enrollees at $2,000 per year.

Lawmakers voted 24 to 17 to send HR 3 to the full House for a vote. Last week the measure was approved by the Energy and Commerce Committee and the Education and Labor Committee. House leaders have said they plan a vote on the bill in the coming weeks. In the Senate, the Finance Committee has approved a prescription drug bill that differs from the House measure.

“We urge the House of Representatives to pass this legislation that will help lower drug prices and out-of-pocket costs that older Americans are struggling to afford,” said LeaMond. “There is no reason Americans should be paying the highest drug prices in the world.”

Under the House bill, each year the Department of Health and Human Services (HHS) would negotiate the price of at least 35 medicines that cost Medicare the most money and do not have at least two generic competitors. In addition, HHS would be required to negotiate the price of insulin, a medication whose cost per patient nearly doubled from 2012 to 2016, according to the authors of the legislation. Commercial insurers would also be able to take advantage of the negotiated prices, supporters say.

House members critical of the legislation said it would inhibit research and development for new cures and medications, something supporters dispute. Mark Miller, a former executive director of the board that advises Medicare on policy issues, told Ways and Means members at last week’s hearing that pharmaceutical companies spend much more on marketing and other costs than on R & D and that they would still be profitable even if this measure were enacted.

Ways and Means members also approved separate measures that would use savings from HR 3 to pay for the addition of dental, vision and hearing benefits to Medicare Part B, which covers doctor visits and other outpatient services. Some Medicare Advantage plans already provide some dental, vision and hearing coverage, and under this proposal all enrollees would be eligible for such benefits.

Lawmakers opposed to the benefit expansion bills cited estimates that the Medicare trust fund will become insolvent in 2026. Committee staff members said that the trust fund pays for Medicare Part A (hospital) benefits and that spending in Part B and Part D does not affect the solvency of the hospital trust fund.

Editor’s note: This article has been updated.