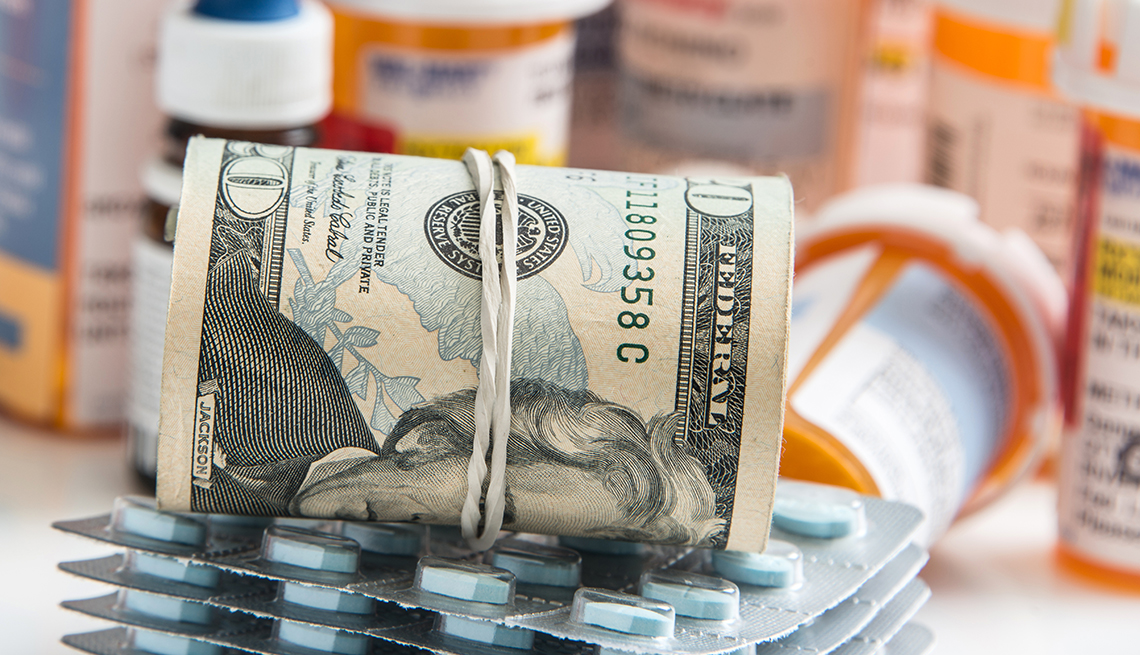 En español | The average annual cost for widely used prescription drugs used to treat chronic conditions was nearly $20,000 in 2017, according to a new AARP report released on Thursday that analyzes the retail prices of 754 brand-name, generic and specialty medicines.

AARP's most recent Rx Price Watch report found that in 2017, retail prices for widely used brand-name medicines increased an average of 8.4 percent, and charges for commonly used specialty drugs increased by 7 percent. Specialty drugs are high-cost medicines, usually injected and often needed to treat serious illnesses such as cancer. The large increases in those two categories of drugs combined more than offset the 9.3 percent decrease for widely used generic medications in 2017, the new report found. Overall, the average annual increase in retail prices was 4.2 percent — twice the 2.1 percent general rate of inflation that year.

"The price of prescription drugs is more than the average Social Security retirement benefit and is approaching the median income for a Medicare beneficiary,” said Leigh Purvis, AARP director of health services research. “These drug prices are encroaching on what some people make in a year and there's no way to say that's affordable.” The report also said that if these price trends continue, “older Americans will be unable to afford the prescription drugs that they need, leading to poorer health outcomes and higher health care costs in the future."

The high average annual price in 2017 was mainly driven by specialty drugs, Purvis said. These drugs are by far the most expensive on the market. For example, Humira, a widely advertised and frequently prescribed drug for rheumatoid arthritis and other conditions, cost $160 a day in 2017. Revlimid, a commonly used cancer drug, had an annual cost of nearly $250,000.

"These specialty drugs are going to have more and more of an impact on the prices we're paying and the trends we're seeing,” Purvis said. “It used to be that relatively few people were taking them, but now we're seeing more and more people using these drugs. And you have many older Americans taking them for conditions such as cancer and multiple sclerosis.”

Earlier this year AARP launched its Stop Rx Greed campaign to persuade federal and state lawmakers to pass laws that would help lower prescription drug prices. So far this year 24 states have passed 36 measures designed to lower medicine prices. These laws range from measures that increase the transparency of drug prices or create drug affordability boards to measures allowing importation of drugs from Canada and other countries. In Congress, the Senate Finance Committee has sent a wide-ranging prescription drug measure to the full Senate and House Speaker Nancy Pelosi is set to unveil a leadership prescription drug bill on Thursday.