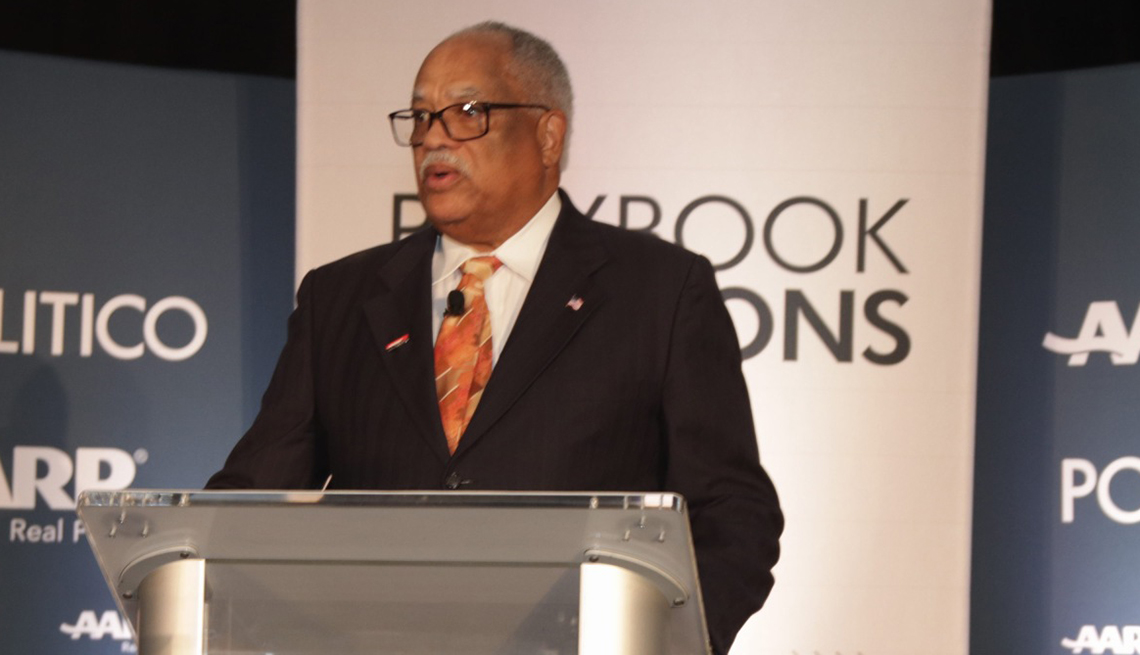 Ohio’s Republican candidate for the U.S. Senate and Democratic nominee for governor didn’t agree about much when it came to health care at Thursday’s Politico-AARP election event in Columbus. But both said they support protecting people with preexisting medical conditions from having to pay more for their health care.

U.S. Rep. Jim Renacci, a Republican, who is challenging Democratic incumbent Sen. Sherrod Brown, said he supports the preexisting-condition protections in the Affordable Care Act and the provision that allows children to remain on their parents’ health policies until they turn 26. But Renacci, a former auto-dealership owner, said he stands by his vote to repeal the ACA, calling it the unaffordable Care Act. The congressman said average Americans cannot afford the high premiums and high deductibles that come with the law.

Democrat Richard Cordray, a former Ohio attorney general and state representative and the first director of the federal Consumer Financial Protection Bureau (CFPB), fully supports the ACA and said Americans shouldn’t have to return to the way medical coverage was before the law was passed in 2010.

“People don’t want to go back,” Cordray said. “They don’t want to lose the key protection for having a preexisting condition if you have asthma or high blood pressure or cancer. To know that you could lose your health care or have your premiums jacked up because you are a higher risk – nobody wants to go back to that.”

An AARP nationwide survey this summer of voters age 50-plus found that 84 percent believe it would be unfair to force individuals with preexisting health conditions to pay more for their insurance.

Thursday’s event was the third election forum sponsored by Politico and AARP as part of a collaboration aimed at demonstrating how important the 50-plus vote is in determining the makeup of the Senate and House of Representatives and state races across the country. The other two sessions were in Miami and Los Angeles. The partnership also includes a series of public opinion polls and a Politico Magazine series called “The Deciders.”

Politico and AARP invited Brown and Republican gubernatorial candidate Mike DeWine, Ohio’s current attorney general and former U.S. senator, to attend, but both declined. DeWine and Cordray are vying for the seat being vacated by Republican Gov. John Kasich, who is termed limited.

Cordray complimented Kasich for expanding Medicaid in Ohio. While Renacci said he supports the availability of Medicaid for the “indigent, the elderly, the disabled,” he did not say whether he supported the expansion. A Politico/AARP poll taken in Ohio earlier this month found that 72 percent of registered voters and 73 percent of voters over age 50 in the state want the Medicaid expansion preserved.

Cordray was also asked about his solution to the high cost of medications. “We need to negotiate more aggressively as a state to bring down prescription drug prices, particularly for seniors,” he said. “Our job in health care is to put money back in people’s pockets, keep our costs down and improve the [ACA health insurance] exchanges, which have never worked well in Ohio.” In the Politico/AARP survey, 61 percent of Ohio voters over 50 said prescription drug prices are a very important issue they will consider when they go to the polls in November.

“Older voters are uneasy about their future, their finances, their health care, and they are up for grabs,” Randolph Baxter, AARP Ohio state president, said at the forum. “If you are interested in Ohio politics or politics anywhere in America, this is a crucial group of voters to understand.”