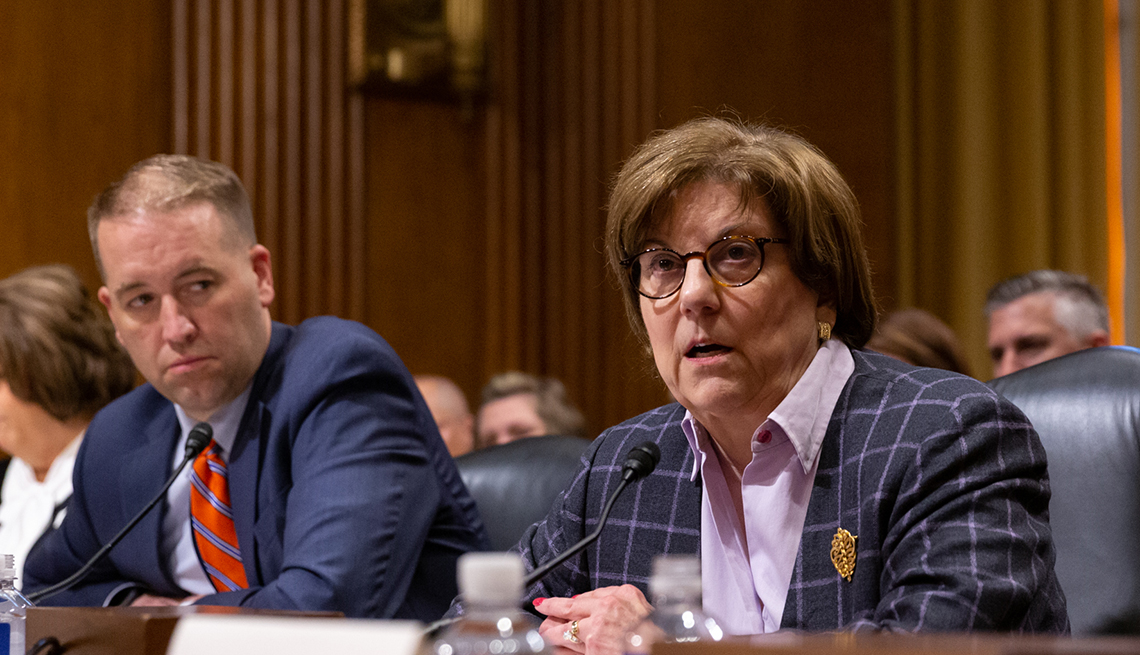 Cheriss May for AARP

Editor's note: This story has been updated to reflect the House of Representatives passage of the SECURE Act.

En español | With half of American workers in jobs that do not offer a retirement plan, Congress needs to step in and help close that gap, AARP Board Chair Joan Ruff testified Tuesday at a Senate Finance Committee hearing on the challenges of saving for retirement.

"Our first goal should be to provide a workplace retirement plan for the 51 million American workers who lack one now,” Ruff said. Expanding coverage should be a top priority, she told the senators, including for part-time workers. “Twenty-seven million part-time workers do not have access and that is incredibly important to our members.” The majority of those part-timers without access to a retirement savings program are women, and they are generally lower wage workers who also tend to spend less time in the workplace because of family caregiving responsibilities, she added.

Lawmakers are expected to act on a series of updates and changes to the rules governing retirement savings. Both the Finance Committee chairman, Sen. Charles Grassley (R-Iowa), and the ranking member, Sen. Ron Wyden (D-Ore.), said they will push for passage of the Retirement Enhancement and Savings Act (RESA) of 2019, which AARP supports. A similar bill, the Setting Every Community Up for Retirement Enhancement — or SECURE — Act, passed the House by a near-unanimous vote and that bill makes it easier for workers to transfer retirement plans when they change jobs and allows part-time workers to save for retirement.

Included in RESA are changes to federal law that would: make it easier for businesses to band together to create multiple-employer plans; repeal the age cap (70 1/2) on traditional IRA contributions; allow 401(k) contributions automatically to escalate beyond the current limit of 10 percent of the worker's salary; and provide tax credits to small businesses as an incentive to create retirement savings plans for their employees.

Also testifying at Tuesday's hearing was Oregon state treasurer Tobias Read. Oregon created the first-in-the-nation work and save program, under which employers that do not offer their own retirement savings plan automatically enroll their workers in an individual retirement account. Since Oregon enacted its program, California, Connecticut, Illinois, Maryland and Massachusetts have passed similar legislation.

Read told the senators that since the program launched statewide in the beginning of 2018, more than 78,000 employees have been enrolled. He also cited AARP research that found workers are 15 times more likely to save for retirement if they have an option to do so at work. AARP has been working with state legislatures across the country to get more work and save programs enacted.

Ruff urged the senators to allow states to continue to offer these programs to their residents. “We believe state programs and federal legislation working together can most effectively offer Americans affordable and appropriate retirement investments,” she said.

Ruff also asked the committee members to act soon to help the more than 1 million Americans whose multiemployer pension plans are severely underfunded and who are at risk of losing the retirement benefits they have earned and are counting on.